Speedo-wearing Dr Phil guest, 37, who legally changed his name to 'Sexy Vegan' and had it tattooed on his face is arrested for 'sexually assaulting his pet

community » Discussions » Category » News & Politics » Discussion » Speedo-wearing Dr Phil guest, 37, who legally changed his name to 'Sexy Vegan' and had it tattooed on his face is arrested for 'sexually assaulting his pet

A   California   man who legally changed his name to Sexy Vegan has been accused of sexually assaulting his dog and posting a video of the obscene act on social media.

The 37-year-old suspect - born Hansel Marion DeBartolo III - was arrested on Thursday after detectives discovered the video of him 'performing an act of bestiality' on a pit bull on September 5, according to the Santa Clarita Valley Sheriff's office.

Two dogs were removed from Vegan's home in Newhall by the Los Angeles County Department of Animal Care and Control when detectives served a search and arrest warrant.

Vegan pleaded not guilty to two misdemeanor charges, one count for sexual assault on an animal and one count for posting obscene matter. 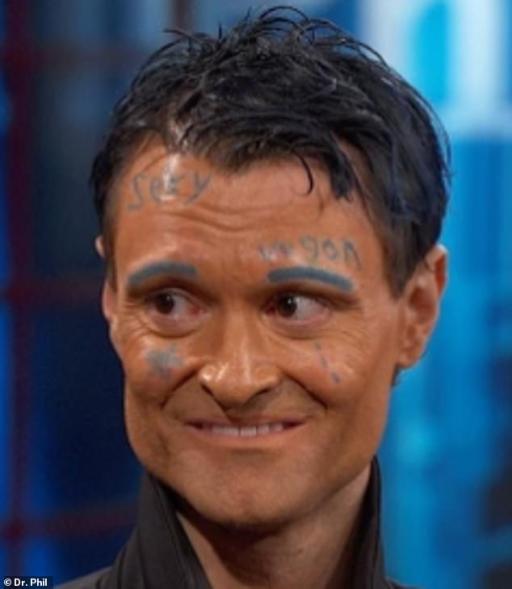 Police said Vegan was on probation for an unrelated charge outside the Santa Clarita area at the time of his arrest.

He is being held in police custody on $35,000 bail and is due to appear back in court on October 10. He faces up to a year in prison if found guilty.

The suspect - whose chosen name is tattooed on his face - allegedly told arresting officers that his occupation was '2020 presidential candidate', but there is no record of him having filed with the Federal Election Committee.

Vegan made headlines in October 2017 when he appeared on an episode of the Dr Phil Show entitled: 'My Brother Changed His Name to "Sexy Vegan," Wears Speedos in Public and is Spending My Mom's $11 Million Inheritance.'

After his family lamented his unusual behavior - including a penchant for wearing skimpy outfits, dancing at inappropriate moments and carrying a full-length mirror around with him - Vegan was booted off the show for using excessive profanity.

Dr Phil told the guest: 'Don't let the door hit you in the ass' as he moonwalked off set.

The host apologized for Vegan's 'childish and immature behavior'.

Vegan returned to the show in March 2018 and offered an apology.

Nothing really odd about this story. It's just your average California man.

There are "average" men in other states also. 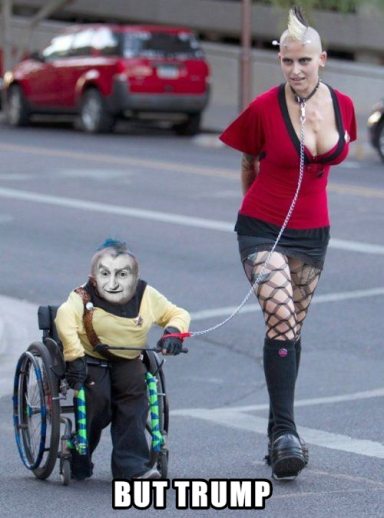 Police said Vegan was on probation for an unrelated charge

Really? That's surprising because he seems like such a stable, salt-of-the-earth kinda guy.

He shoulda pushed enough to get it to California's 9th circuit, to allow pet marriages first !

He'd have been just fine then.