Hobbiton is a Real Place in New Zealand. This is What it Looks Like

community » Discussions » Category » Entertainment » Discussion » Hobbiton is a Real Place in New Zealand. This is What it Looks Like

Hobbiton is a Real Place in New Zealand. This is What it Looks Like

When Peter Jackson spotted the Alexander Farm during an aerial search of the North Island for the best possible locations to film   The Lord of The Rings   film trilogy, he immediately thought it was perfect for   Hobbiton .

Site construction started in March 1999 and filming commenced in December that year, continuing for three months. The set was rebuilt in 2011 for the feature films “The Hobbit: An Unexpected Journey”, “The Hobbit: The Desolation of Smaug”, and “The Hobbit: There and Back Again”.

It is now a   permanent attraction   complete with hobbit holes, gardens, bridge, Mill and The Green Dragon Inn.

Matamata, home of the   Hobbiton Movie Set , is a small agricultural town in the heart of the Waikato region, nestled at the base of the Kaimai ranges.

The Alexanders moved to the 1250 acre (500 hectare) property, in 1978. Since then it has been farmed as a traditional New Zealand sheep and beef farm. It is still farmed the same today and is run by the brothers and their father.

The property runs approximately 13,000 sheep and 300 Angus beef cattle hence the major sources of income are mutton, wool and beef. The brothers shear all the sheep on the property themselves, approximately every eight months. [ source ]

For those who loved watching the Lord of the Rings and the Hobbit - brought to you by the Everyone Loves Movies - Classic to Current group.

When can I move in?

Depends on how the farm-owners feel about tenants.  It would help if you told them you were an expert sheep-shearer.  I think New Zealand is one of the best countries in the world to live in, so give it a try. 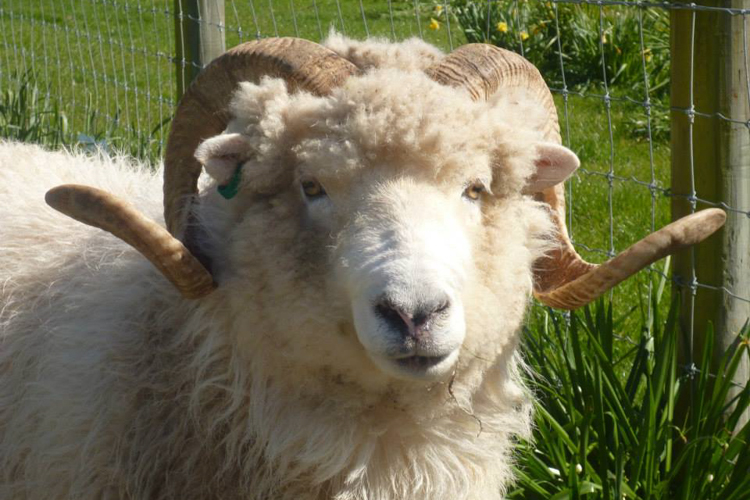 Baa baa white sheep have you any wool?

But it gets HOT in the summer, so sheer me, please.

I needed one of those horns for Rosh Hashonah.

A hobbit home of course

You're in line after Paula Bartholomew, but there are many so you're in luck.