Editor's note: During harvest season, many countries hold annual pumpkin contests. Not only pumpkins, but these giant vegetables also will challenge your imagination! 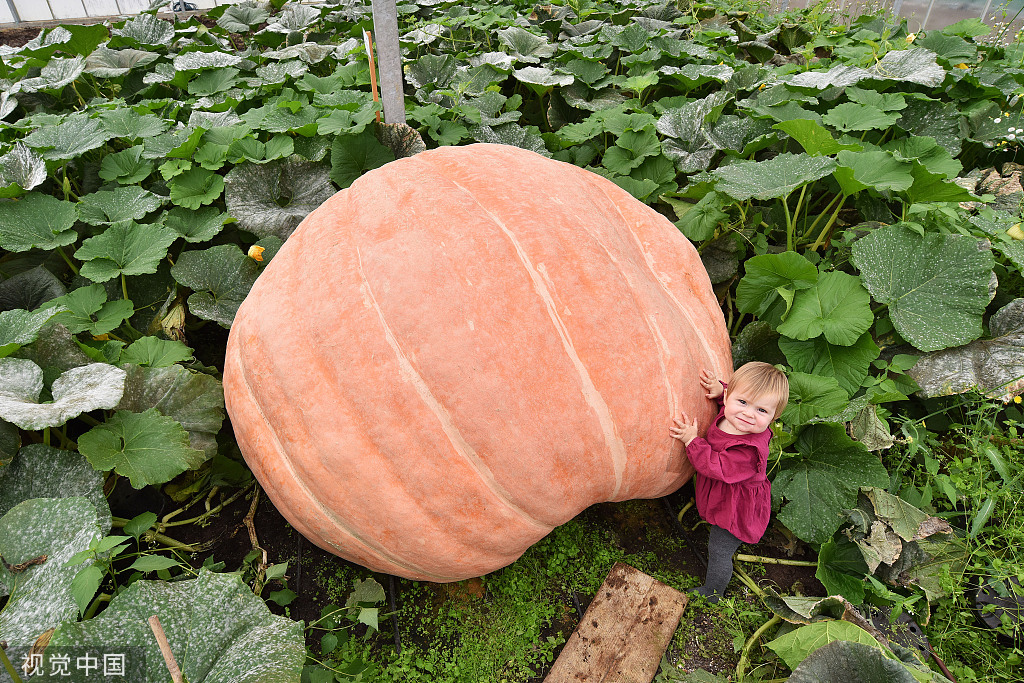 Offering a perspective on size, Martha Syrett, aged 1, stands alongside her grandfather's giant pumpkin weighing in at more than 900 kilograms in the UK. [Photo/VCG] 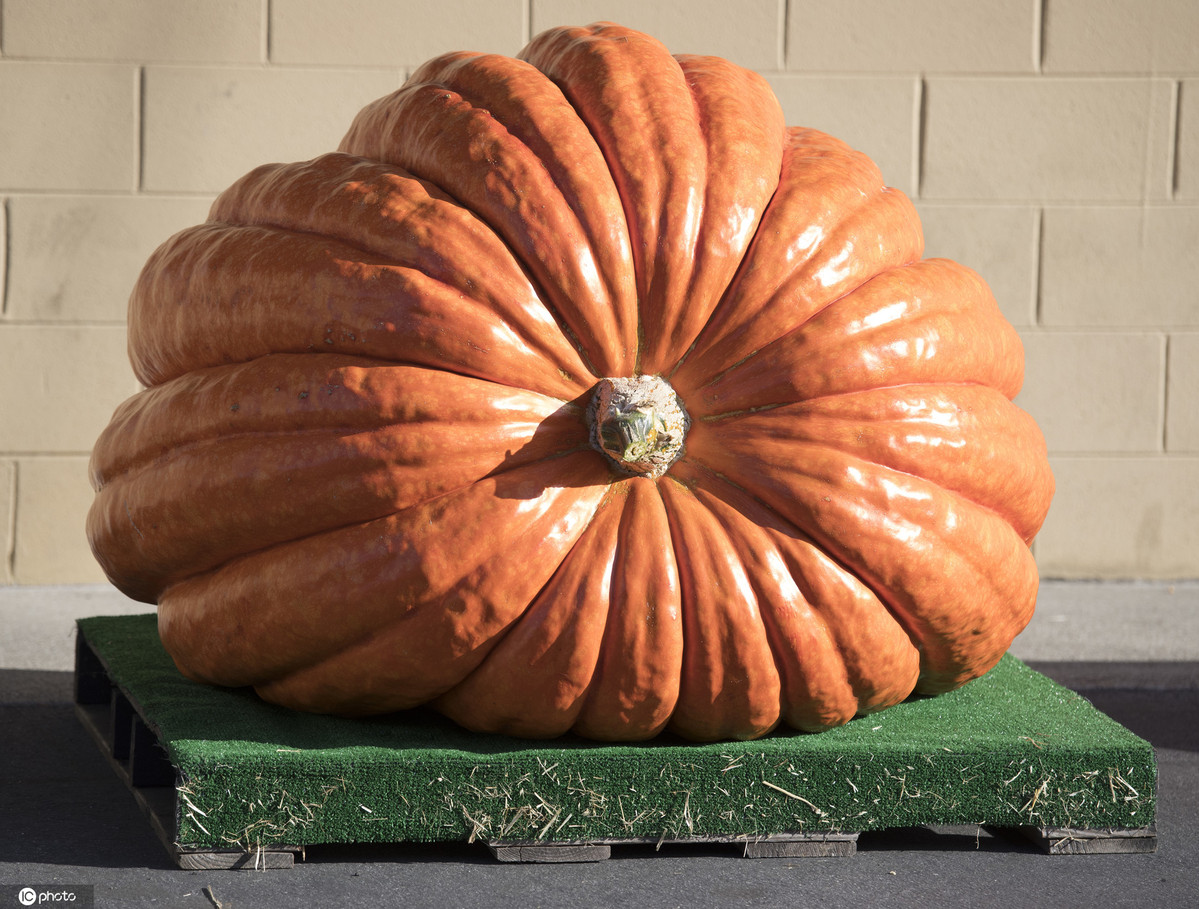 The runner up for most beautiful pumpkin sits on the ground during the annual Pumpkin Weigh-off in Half Moon Bay, California, Oct 14, 2019. [Photo/IC] 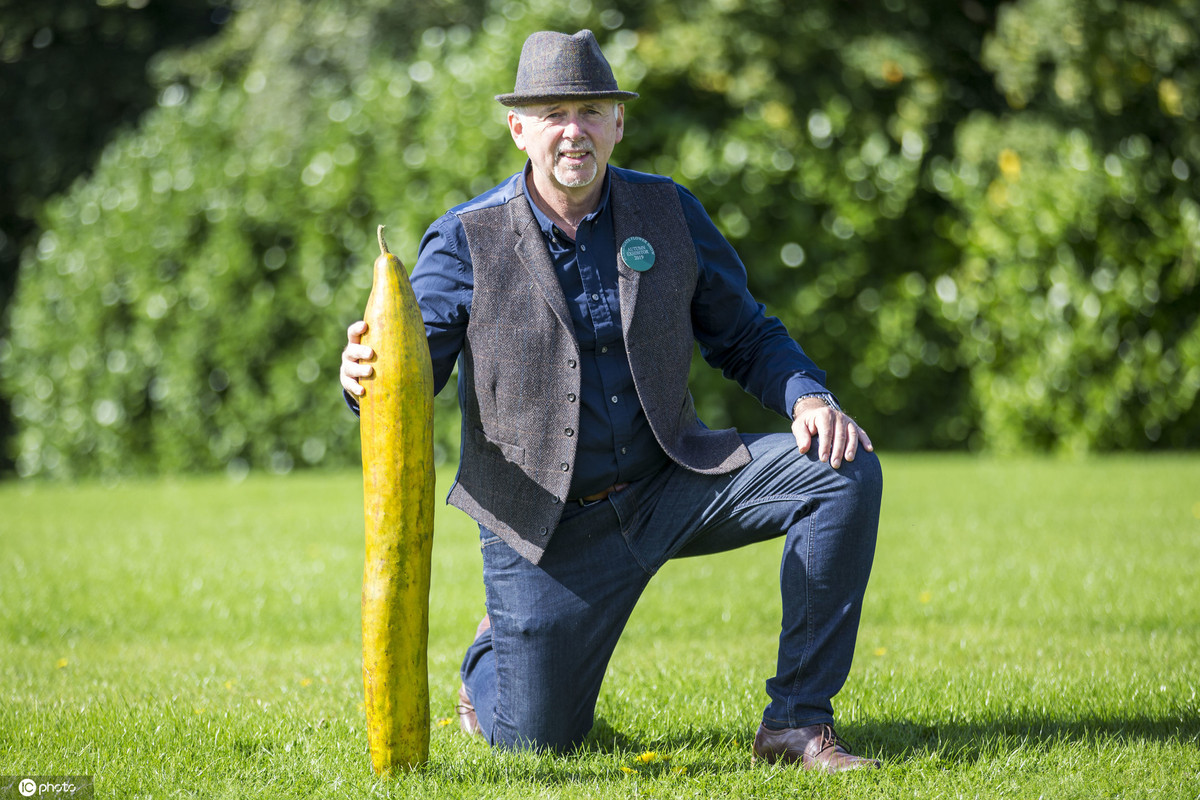 Graham Barratt poses with his winning cucumber, measuring 92 cm at the giant vegetable competition at the Harrogate Flower Show in Yorkshire, the UK, Sept 13, 2019, [Photo/IC] 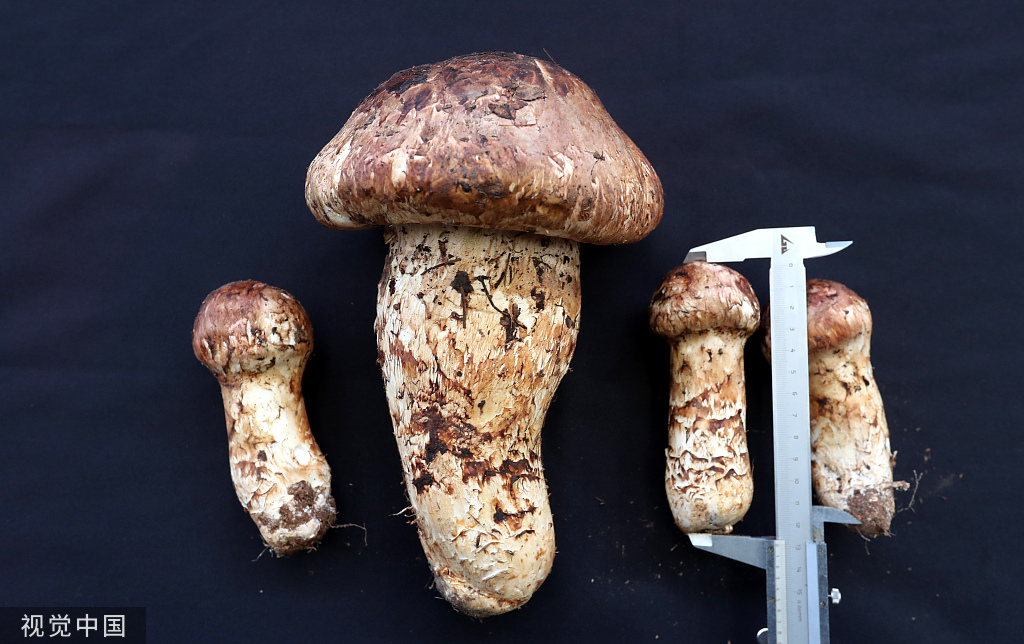 A "matsutake king" in the center of this photo from Dali, Southwest China's Yunnan province, measures at 34 cm long, more than 2-4 times the length of a normal-sized matsutake. [Photo/VCG] 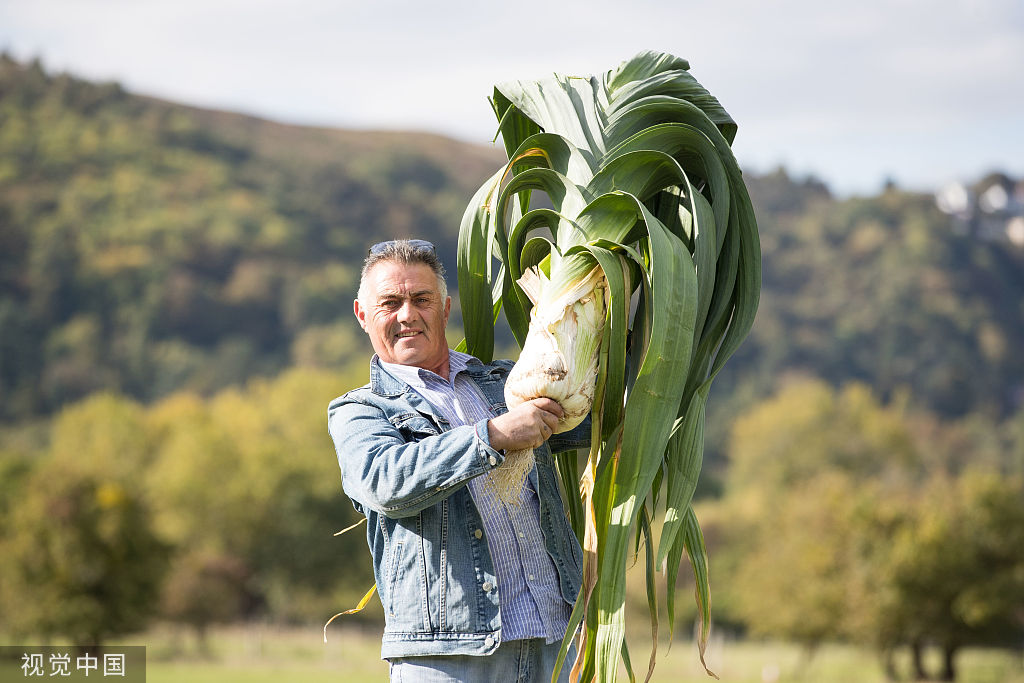 Paul Rochester poses with his world-record giant leek weighing in at 10.7 kg, beating his old world record by 0.1 kg at the CANNA UK National Giant Vegetables Championship in the UK, Sept 28, 2018. [Photo/VCG] 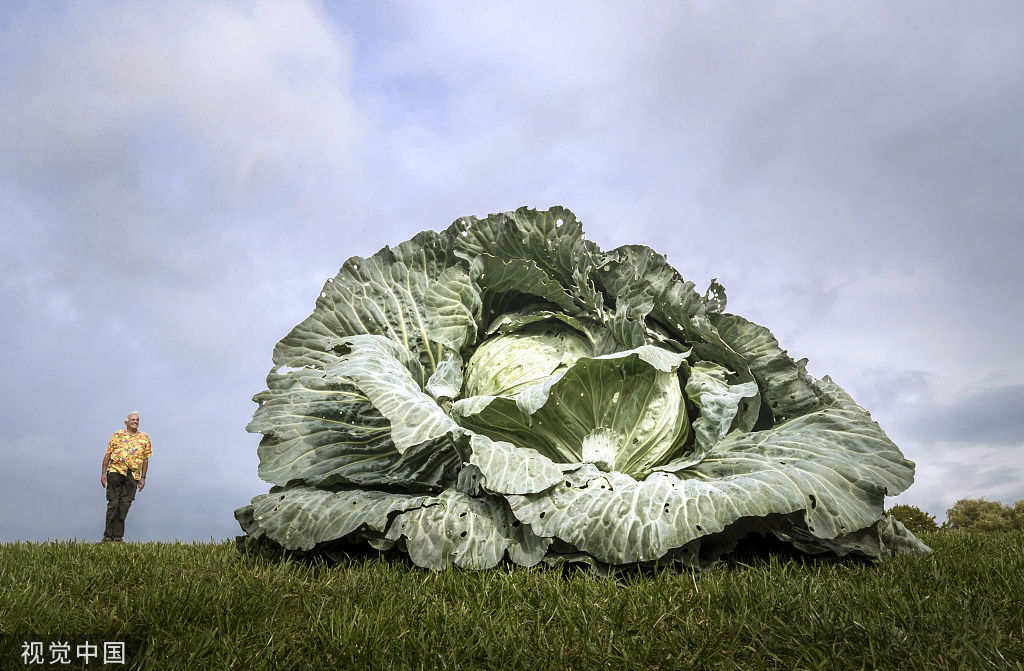 Ian Neale poses with his winning giant cabbage, heaviest in its class, weighing 30.2 kg during the Giant Vegetable Competition at the Harrogate Autumn Flower Show in Yorkshire, the UK, Sept 14, 2018. [Photo/VCG]

BUZZ NOTE:  He cheated put the cabbage way in front of him.  That's the fisherman's trick, holding the fish up closer to the camera so it will look even bigger than it is. LOL 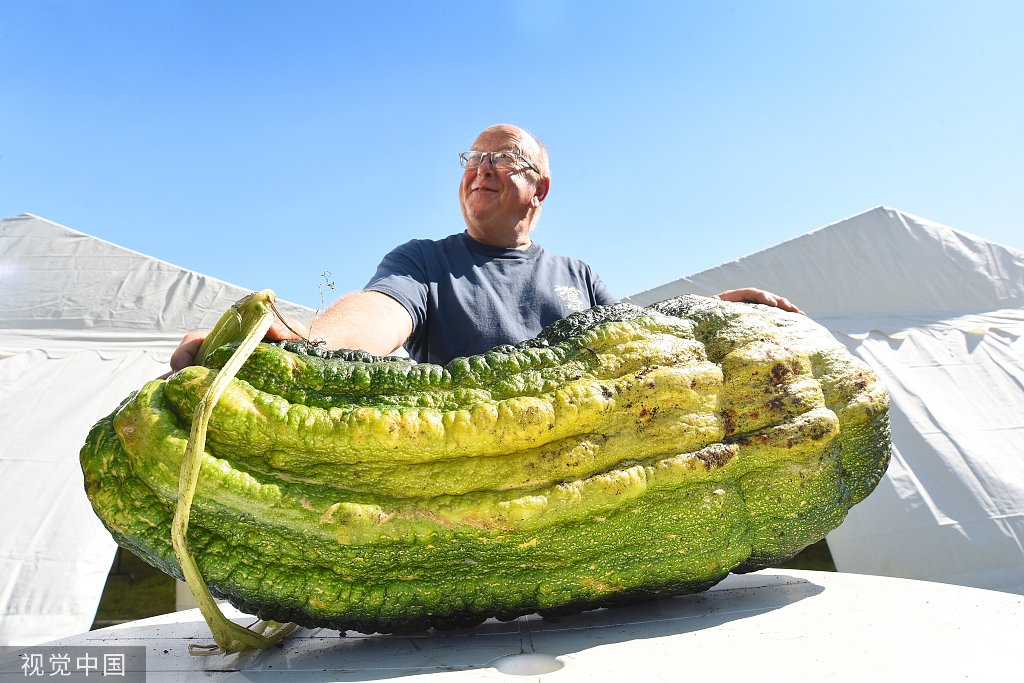 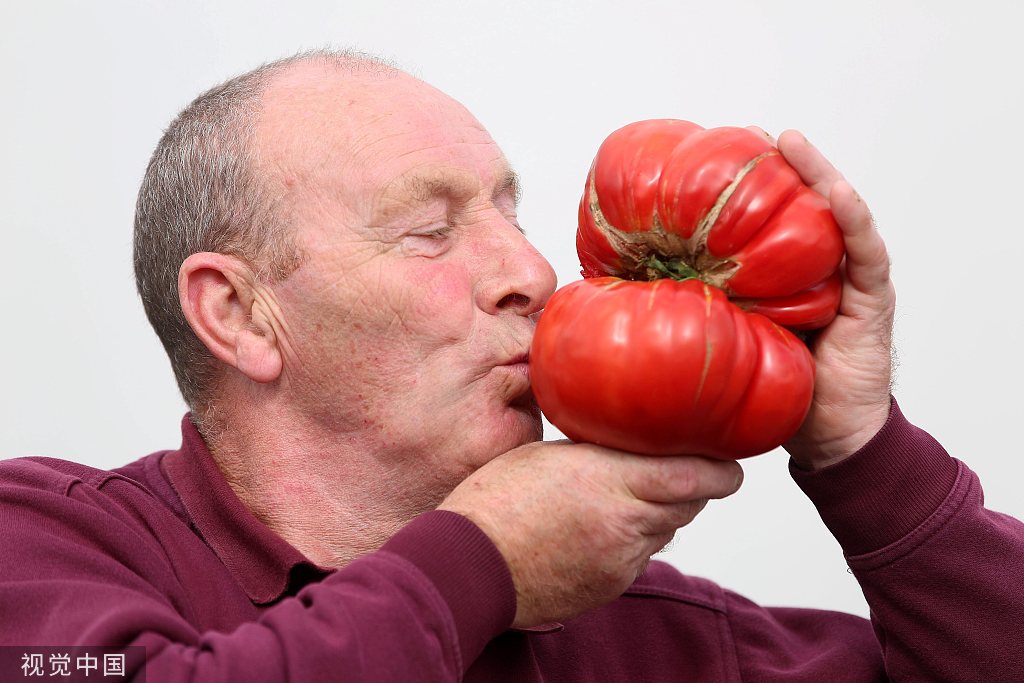 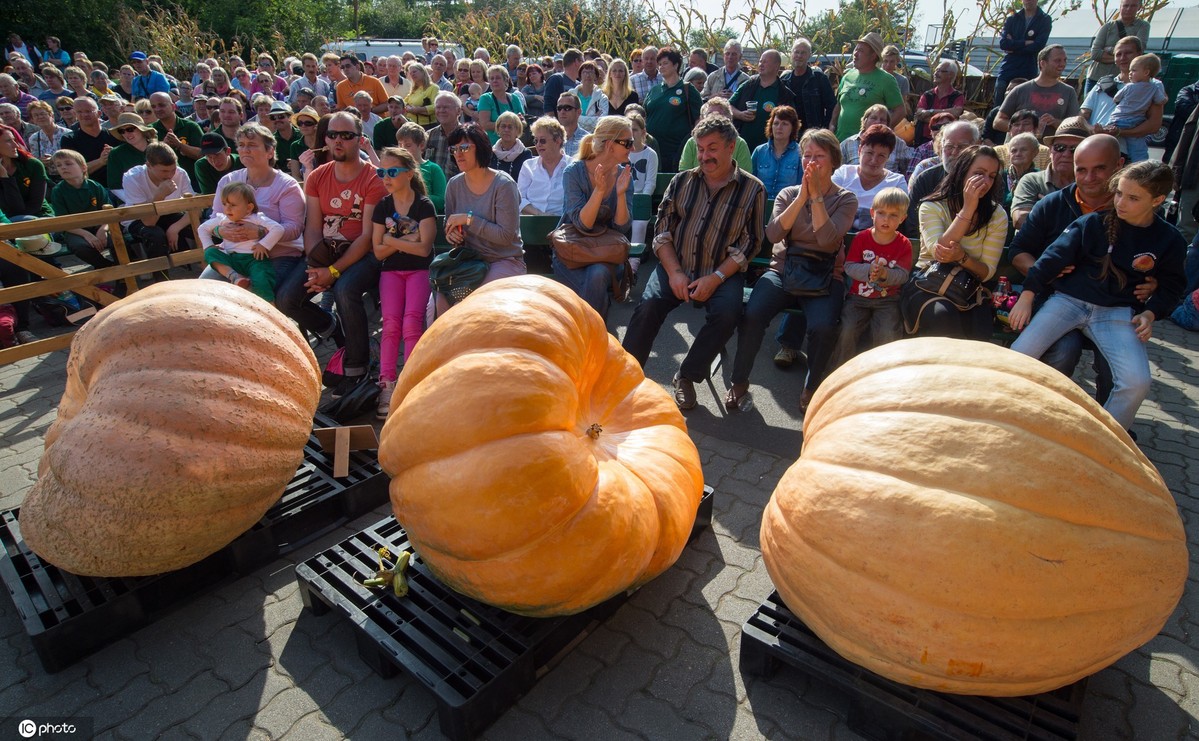 Big pumpkins are pictured at the pumpkin weighing championship in Germany, Sept 28, 2014. [Photo/IC] 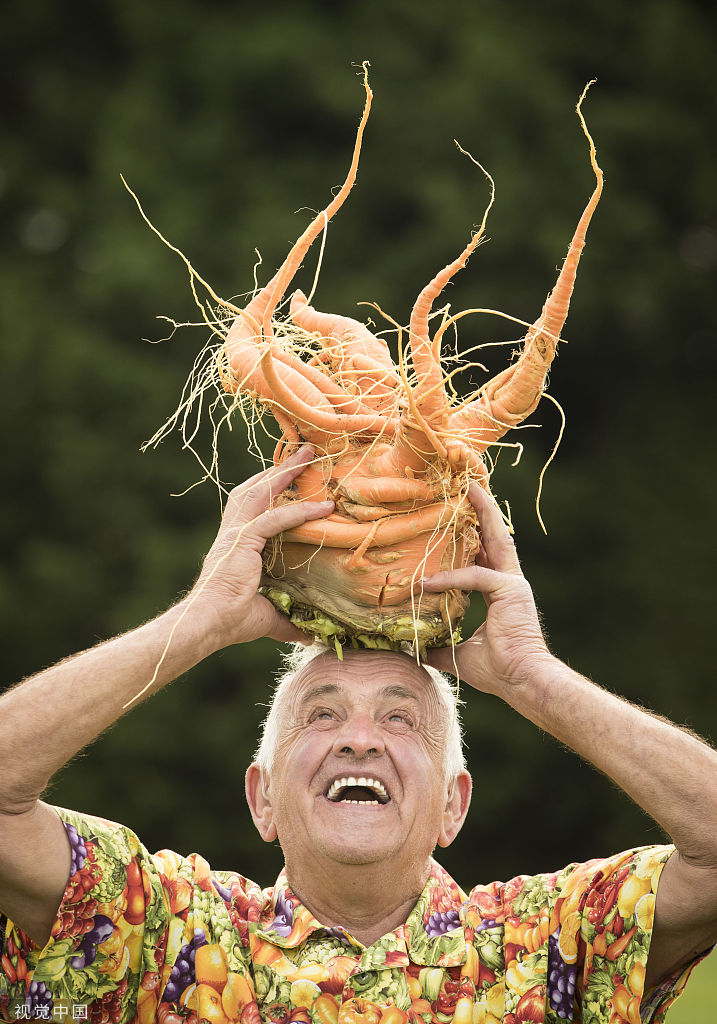 Ian Neale raises the giant carrot weighing 4.29 kg that won heaviest in its class during the Giant Vegetable Competition at the Harrogate Autumn Flower Show in Yorkshire, UK, Sept 14, 2018. [Photo/VCG]

If those vegetables keep growing bigger, the day could come when instead of our eating them, those monsters might start eating us.

Get me a few truck loads of corned beef, I'll teach that cabbage who is going to eat who.