Democrats criticized Trump directly, with Rep. Seth Moulton saying Trump "has taken the side of dictators and butchers." 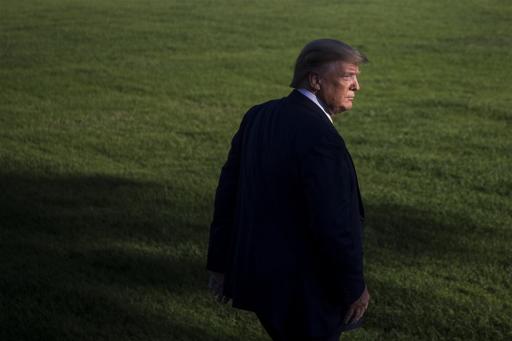 Despite stark divisions over Democrats' Trump impeachment inquiry, Democrats and Republicans banded together and approved a nonbinding resolution by 354-60 vote.

The resolution states Congress' opposition to the troop pullback and says Turkey should cease its military action in Syria. And the measure says the White House should present a plan for an "enduring defeat" of the Islamic State group.

Republicans called the troop withdrawal "disastrous" and a "catastrophe." Democrats criticized Trump directly, with Rep. Seth Moulton saying Trump "has taken the side of dictators and butchers."

Among senators, Lindsey Graham, one of Trump's closest allies, said Trump's decision will allow IS to reemerge and added that the president will "be held accountable."

Graham said Trump's decision "is against all sound military advice" and that he hopes Trump "will reconsider, stop the bloodshed and reset the table before it's too late."

GOP Leader Mitch McConnell called the U.S.-Kurd partnership "a terrific alliance" that set the Islamic State group back and said he is "sorry we are where we are."

1. Trump To Send 3,000 Additional Troops To Saudi Arabia (since May, Trump has sent an additional 14,000 members of the armed forces into the region ).

2. Senate Majority Leader McConnell: “Sadly, the recently announced pullout risks repeating the Obama administration’s reckless withdrawal from Iraq, which facilitated the rise of the Islamic State in the first place.”

But as Trump defended removing troops from northeastern Syria, he's also talking up his recent decision to send more troops to Saudi Arabia to help the kingdom defend against Iran.

You seem to have a lot of faux outrage on this issue, which is already old news.

I have some outrage. Why would we support a Militia that rolls villages and recruits (Kidnaps) children?

YPG and PKK have been killing innocent civilians for years and forcing children to fight with them. Both Militant groups are controlled by the Communist party in Turkey, the MLKP.

40,000 Turkish Civillians have been slaughtered by these animals. Turkey is right to want to keep them of their border. They are terrorists.

Like Trump or Hate him, he made the right decision. These Kurdish fighters are awful people and we should not sacrifice a single US dollar or US life to support them.

This is part of the reason their approval rating is so much lower than Trumps.

Hey look, the Dems and Republicans in Congress agreed on something. Trump is the great uniter!

Of course it was to condemn Trump for actually putting the US first for a change and start the process of getting out of Syria.

Seems to be the only time Congress can agree on anything is to screw the American people over.

Senate Majority Leader McConnell: “Sadly, the recently announced  pullout risks repeating the Obama administration’s reckless withdrawal from Iraq,  which facilitated the rise of the Islamic State in the first place.”