What started at the turn of the century as an effort to gain a day of recognition for the contributions of the many intertribal cultures, as well as to educate everyone about the rich history, heritage, art, and traditions of the original American peoples made to the establishment and growth of the U.S., has resulted in a whole month being designated for that purpose.

In 1914, Red Fox James, a Blackfoot Indian, rode horseback from state to state seeking approval for a day to honor Indians. On December the following year, he presented the endorsements of 24 state governments at the White House, however, there is no record of such a national day being proclaimed during that time in our history.

Held on the second Saturday of May, 1916, the governor of New York declared the first American Indian Day on record. Several states followed with celebrations held the fourth Friday in September of the same year. Several states designated Columbus Day as Native American Day, but it continued to be a day we observe without any recognition as a national legal holiday.

Today, 27 states and many cities, rivers and lakes have names that came from American Indians. American Indians and Alaska Natives are people having origins in any of the original peoples of North, South and Central America, and who maintain tribal affiliation or community attachment. According to the 2010 U.S. Census, there are 5.2 million American Indians and Alaskan Natives living in the U. S. They represent two percent of the population. American Indians and Alaskan Natives have a unique relationship with the federal government due to historic conflict and subsequent treaties. To date, there are 566 federally recognized tribes and more than 100 state-recognized tribes across the U.S., plus an unknown number of tribes that are not federally recognized. Native Alaskan tribes belong to five geographic areas, are organized under 13 Alaska Native Regional Corporations, speak 11 different languages and 22 different dialects. They also have 11 distinct cultures.

Please find the time to participate in any of the various celebrations in your area honoring the traditions, art, music, culture, and contributions of these original Americans.

The video linked brings in some great information and also listing of resources available to see/research more on Native American Heritage Month and its meanings.

This was and is their home.

A fact worth remembering and sadly, one of which we need constant reminding. Thank you for the link and thank you for your efforts in keeping the issue at the forefront. Peace.

There are tons and tons of resources out there - ya just hafta know where to look.  Two really good sources would be Vine DeLoria's "Custer Died For your Sins" and Charles Mann's "1491".

ya just hafta know where to look.

Not sure if you or any of our friends here have ever had the opportunity to visit the "Ute Indian Museum" in Montrose, CO. Off the beaten path, but worth the side trip to gain some understanding into the history of a remarkable, if relatively unknown tribe.

Thanks for posting this! Salute to all native descendants! We are the survivors and it is up to us to continue on our communities, and culture. We do deserve more recognition. I just wish the local tribes in my region had more self-respect. They seem to like to shit in their own back yards. Hard to see. But oppression takes a good long time to come out of. Takes good leadership. I know they are working on it.

I have always thought that Indians were never treated fairly throughout history.  They were here long before anyone else and deserve the recognition.  I remember my mom saying the same thing. 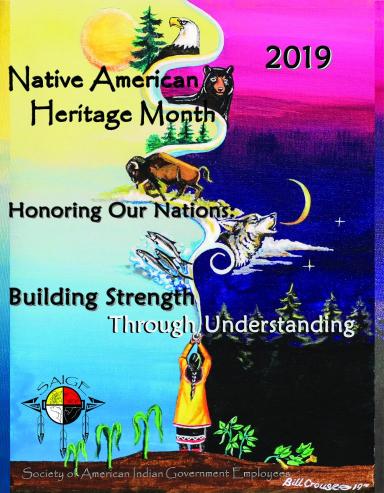 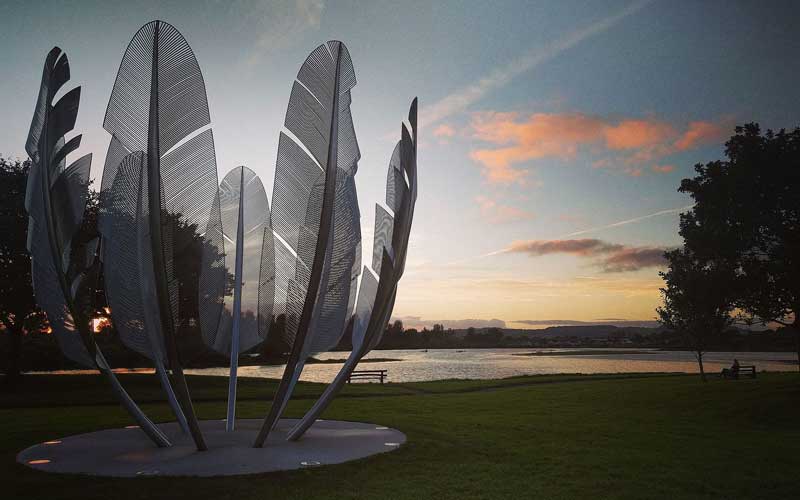 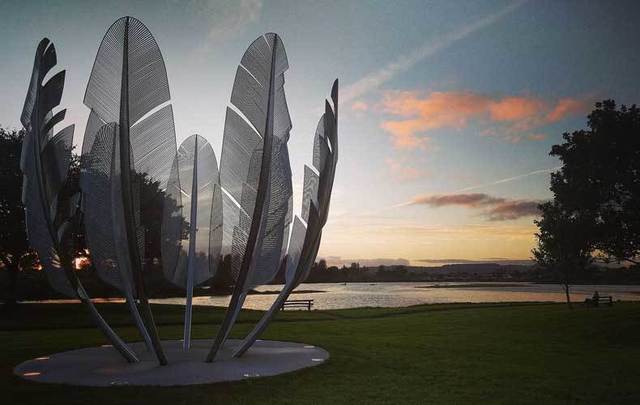 Editor's note:  In celebration of National Native American Heritage Month we celebrate the wonderful historic connection of kindness between the Choctaw Nation and the Irish during the Great Hunger.

During the Great Hunger this Native American tribe sent a massive amount of money to the Irish, the sculpture "Kindred Spirits" in Cork, is a symbol of Ireland's gratitude

A dedication ceremony for the "Kindred Spirits" sculpture in Midleton, Co Cork was held on June 18, 2017. Irish artist Alex Pentek created the large sculpture as a symbol of gratitude for the   Choctaw Nation’s support of the Irish  during the famine when they collected $585 for relief, a massive amount at the time.

The sculpture , which was installed in Bailic Park in 2015, is made of marine-grade stainless steel and LED lighting and features nine 20-foot eagle feathers, weighing 1,600 pounds each, which form a perfect circle.

“The Choctaw Indians heard about the famine in Ireland and pooled together a donation, which they sent to the Irish Famine Fund, and this was used to assist the millions of people who were dying of malnutrition,” he added. “Their support was demonstrated through the fact that they donated this money at a time when they had little to spare themselves – they had not long survived the Trail of Tears.”

Choctaw Nation Chief Gary Batton said he was moved by the piece and by his ancestors’ generosity.

“This sculpture reminds me of who we are as Choctaw people – we are humanitarians, and we have always looked out for the betterment of people,” Batton said. “After we came across the Trail of Tears, our tribe, our people, literally pulled together the money. After going through the struggles of losing our people and loved ones, then our people turned around and thought about the greater good – the people over in Ireland. That is just a huge heart.”

The Choctaw people’s donation was $585, which, back around then, was a “significant amount” of money, he added.

“We as people were willing to sacrifice and give something after we went through our own trials and tribulations,” Batton said. “I’m proud that the donation displayed our values as a nation.”

Pentek, who specializes in large-scale sculpture, gallery art and sound performance at the National Sculpture Factory in Midleton, was asked by the Cork County Council to create the ‘Kindred Spirits’ after he won a competition that asked participants to create an artistic response to the Choctaw donation.

“I was happy to be able to give a visual representation to a story from history I remember learning about when I was in school,” Pentek said.

“Though I had created a 3D computer model of the work, it was only after the work was in place that I could see the entire work together for the first time, and whether it was a success or not,” he said. “This was a special day for me, and I felt very pleased with how it looked.

“This bond has never been forgotten by Ireland, though I believe Kindred Spirits is the first sculpture commemorating this history,” Pentek added.

A dedication ceremony for the art piece took place on June 18, with Batton and other representatives of the Choctaw Nation.

“It might be called a homecoming of friends,” Batton said at the time. “It will be a celebration to continue to share our rich cultures.

“The Irish people had their struggles and trials, and so did we,” he added. “Both of us have come full circle to where we both are strong, thriving nations. We both hold our culture and our history close to us because they have shaped us into who we are today.”

Said Pentek: “It is my hope to visually connect with people, this uplifting image that symbolizes generosity, strength, and humanity rising up over times of adversity and unimaginable suffering,” he said. “For me, this shows art as a universal language that can connect with people, regardless of age, culture or geography, and can help to dissolve traditionally perceived boundaries.”

A piece of history that many Americans are totally unaware of.

In my native language (Anishinaabe)

Gakina Awiiya (we are all related)

Wassa Inaabiida (we look in all directions)

To all my brothers and sisters, Waanakiwin (peace)

An Ojibwe Prayer song in the Gaelic language.

This is absolutely a beautiful relationship - and well-earned by both.

I was in the area of Mt Pleasant in July and happened to catch a flyer about a pow wow. I went with the woman without her blessings but we enjoyed the experience. FYI saying they have food vendors didn't mean Native American food..