This story is a reboot of one from CNN so I wonder if it's fake news. 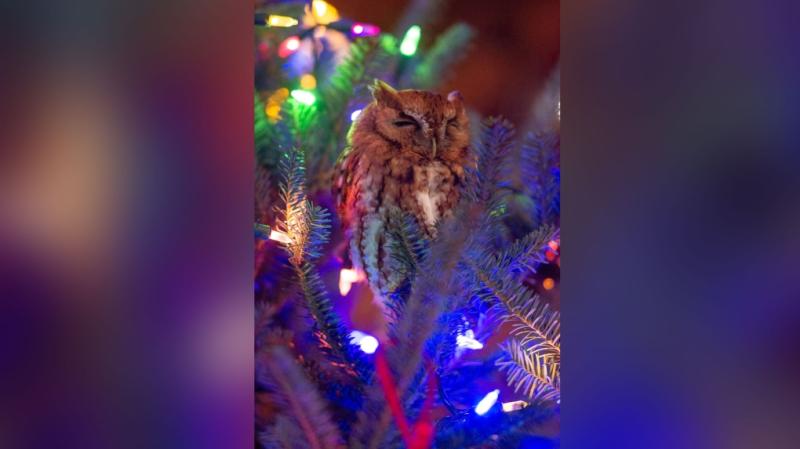 The owl may have been in the tree for more than week. (Billy Newman)

A Georgia family got a special holiday surprise last week after finding an owl hiding inside their Christmas tree.

The discovery came last Thursday evening when Katie McBride Newman and her two children, India and Jack, were finishing dinner.

India, 10, had started to clear the table and was in another room when Newman heard her exclaim, "Oh my gosh!"

"She comes very dramatically into the dining room and goes, 'Mama, that ornament scared me,'" Newman told CNN. "Then she bursts into tears."

Newman said she's a big fan of owls, so the tree actually had about a dozen owl ornaments gracing its branches. At first, Newman said she thought India had just been spooked by one of those.

So Newman checked it out, ready to calm her daughter's fears. But when she peered into the tree for the ornament, she saw the owl turn its head and look straight at her.

"And I'm like, 'Oh, that's a real owl,'" Newman said. Meanwhile, India had disappeared into the other room, in tears again. 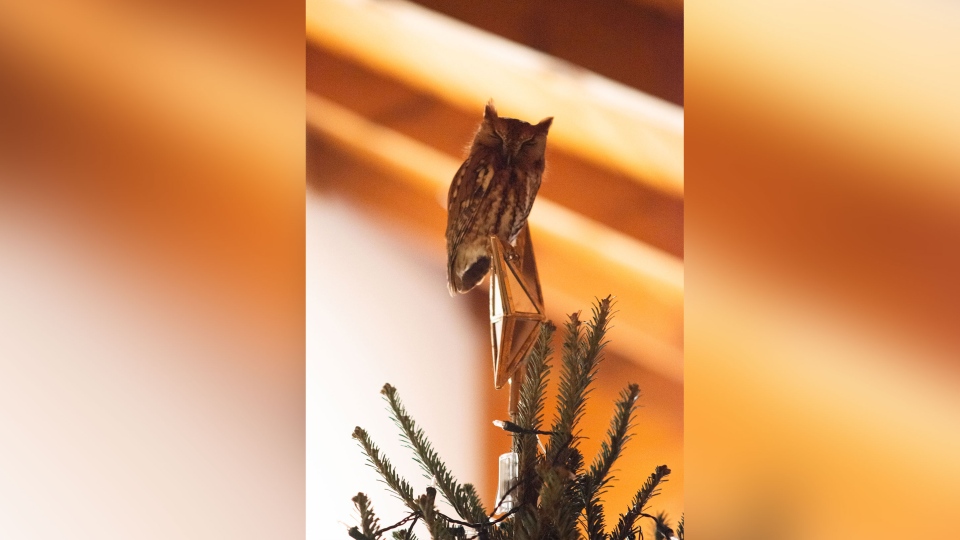 Owl may have been in their tree for over a week


The family had purchased the tree from a store about two days after Thanksgiving, so at first they thought the owl must have flown in and taken refuge inside their tree, Newman's husband, Billy, told CNN.

The family left their windows and doors open that night, hoping the bird would leave on its own -- but it didn't.

The next day, they called the Chattahoochee Nature Center, a non-profit environmental center about an hour away from their home in Newnan. An employee there told them to leave the owl some raw chicken, concerned it may not have eaten in a few days.

The employee stopped by Saturday morning. She caught the bird and identified it as an Eastern screech owl, common in the Georgia area, a spokesperson for the nature center, Jon Copsey, told CNN. She also checked for injuries and gave it some food and nutritional supplements.

The owl was pretty thin, igniting the theory that the bird must have been inside the tree since they bought it, Billy Newman said.

Returning the owl to the wild


The employee left the family some instructions: Leave the bird in a crate in a darkened room and release it after dark.
At dusk on Saturday, the family left the open crate outside. By 9:30 p.m., the owl had disappeared.

Copsey said the family did everything right in the situation -- closing it off from the rest of the house, trying to help it escape on its own and calling a wildlife rehabilitation professional.

Katie Newman, though, says she swears she can still hear the owl at night, hooting away.

Amazing that during all that time the owl did not hoot, or maybe it did when the family was asleep.