This is dedicated to RW's cat Yoda. 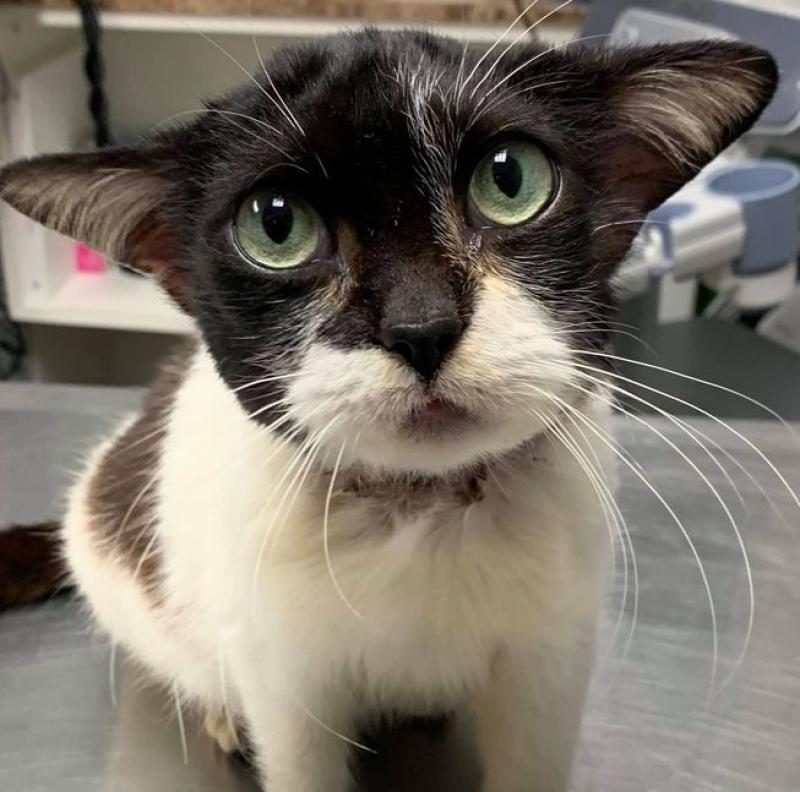 An injured cat bearing a resemblance to a popular " Star Wars " character has been rescued in North Carolina, and cat lovers can't get enough of her photos.

The adorable feline was found by a shelter volunteer in Kannapolis, North Carolina, and brought to   Cabarrus Animal Hospital   on Dec. 15.

Her foster mom, Jana Aviles, is a huge "Star Wars" fan and quickly noticed the cat's resemblance to Baby Yoda from "The Mandalorian," the new hit on Disney+.

And with that, Baby Yoda Cat was born.

Baby Yoda is a key character in 'The Mandalorian,' which is streaming exclusively on Disney+. (Photo:  Disney )

It didn't take long for pictures of the rescued cat to go viral on social media, leading to the launch of   Baby Yoda Cat's fan page   on Facebook.

For Disney, the character of Baby Yoda has been a revelation. The popularity of "The Mandalorian" and its most admired star has lead to countless memes, a waitlist for   Baby Yoda toys   and massive ratings for the new Disney+ streaming service.

Meanwhile, many people have inquired about adopting Baby Yoda Cat and what she needs in a forever home.

She is being treated for a deep wound around her neck, as well as an upper respiratory infection. (Photo: Jana Aviles/Cabarrus Animal Hospital)

Baby Yoda Cat is currently under medical supervision. She's being treated for a deep wound around her neck, as well as an upper respiratory infection.

She also came in with slight hair loss due to previous wounds, fleas and intestinal parasites.

Aviles and Cabarrus Animal Hospital hope Baby Yoda Cat, "can be a spokes kitty for all of the homeless animals around the world that are being euthanized in animal shelters due to lack of homes."

Local applications for her adoption are currently being accepted. Several people have even offered to travel across the country to adopt her.

But first, she needs some rest. She won't leave the hospital until her wounds are healed, she has been spayed and microchipped, and she receives her second round of vaccines and de-wormer.

While she might be without a real name, her nickname will hopefully pave the way for a new place to call home.

May the force be with you, Baby Yoda Cat!

Anyone here looking for a Yoda cat?

If I already didn't have three, Yoda cat would so have a forever home with me.

I am looking for a Darth Vader cat....

I am looking for a Darth Vader cat...

Adorable kitty. I hope she finds her forever home.

I'm sure she will.

When I saw this picture of the little kitten it reminded me of my Yoda Girl when I first got her a a wee kitten. Her ears stuck out to the sides like the picture of this adorable little one.

That is how she got her name...Yoda. My Granddaughter thought she looked like Yoda in Star Wars, and the name stuck.

Girl was added to her name later after I discovered Yoda was a girl and not a boy. (snicker)

Thank you for dedicating this to my Yoda Girl. She sends you her special 'Purr song' for the new year.