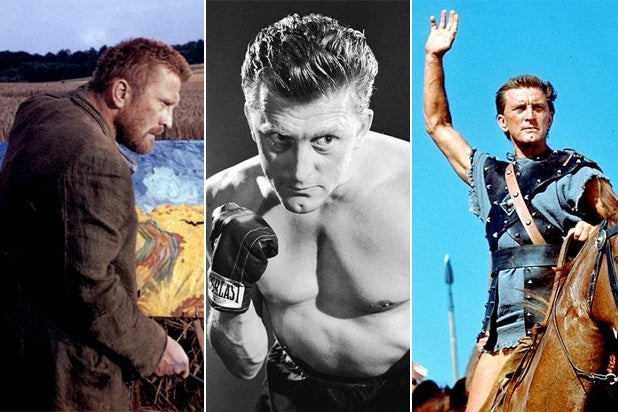 The acting legend (and father of Michael Douglas) died Wednesday at age 103. Here's a look back at his biggest roles in Hollywood. 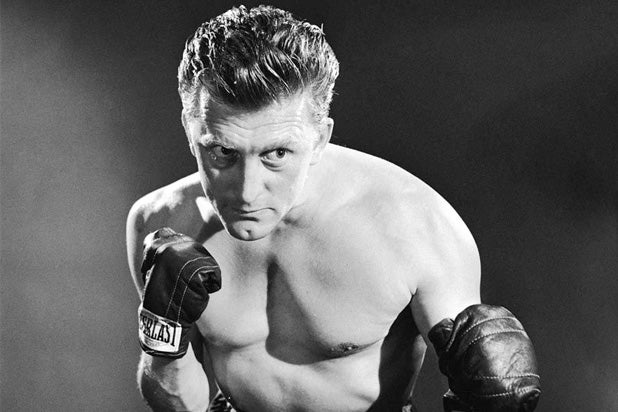 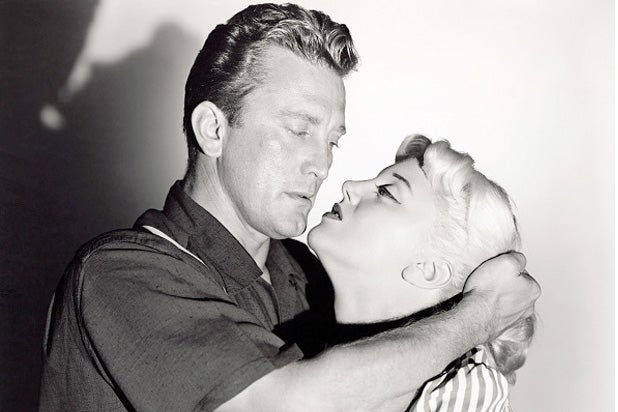 Ace in the Hole (1950)   In one of Billy Wilder's most cynical dramas, Douglas plays a ruthless journalist who exploits a mining disaster -- even sabotaging rescue efforts -- to prolong the media frenzy. 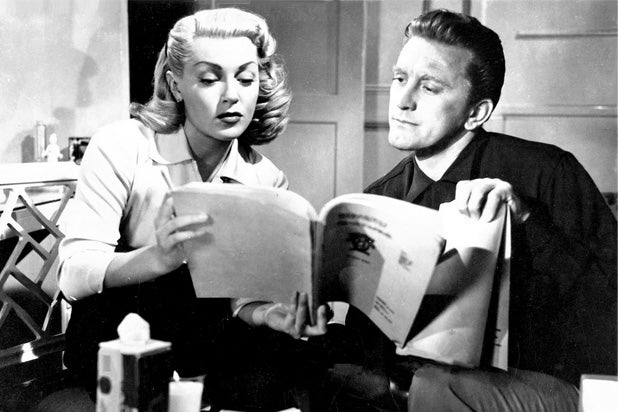 The Bad and the Beautiful (1951)    He earned his second Oscar nomination playing another cad -- this time a power-obsessed Hollywood producer said to be modeled on David O. Selznick. 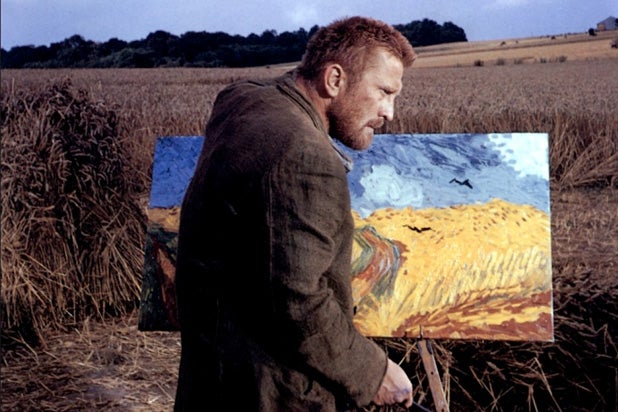 Lust for Life (1956)    In a departure from his cynical big-screen roles, Douglas brought real sympathy to his portrayal of tortured artist Vincent Van Gogh in Vincente Minnelli's biopic -- and the actor earned his third Oscar nomination for Best Actor. 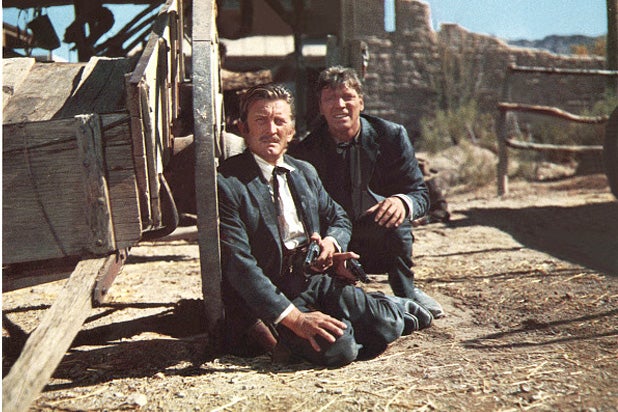 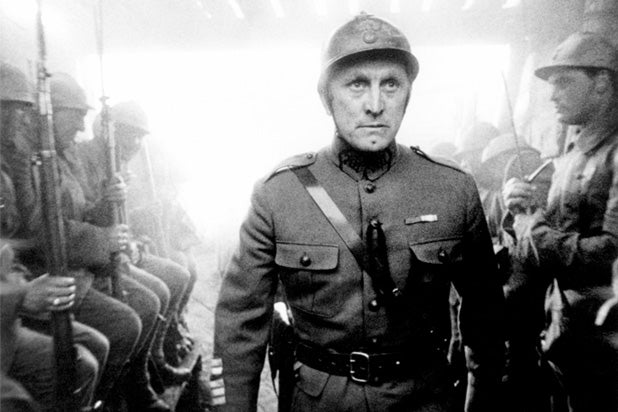 Paths of Glory (1957)    Again playing against type in Stanley Kubrick's antiwar movie, Douglas brims with decency as a French colonel in World War I who fights against an unfair court-martial of his men. 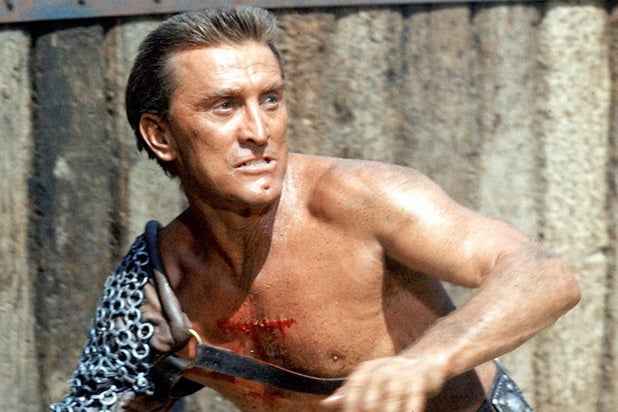 Spartacus (1960)    Douglas hit a career high as a rebellious Roman slave in this historical drama whose onscreen revolt had a real-life parallel. The actor also produced the blockbuster film and his very public hiring of screenwriter Dalton Trumbo helped to break Hollywood's blacklist of Communists. 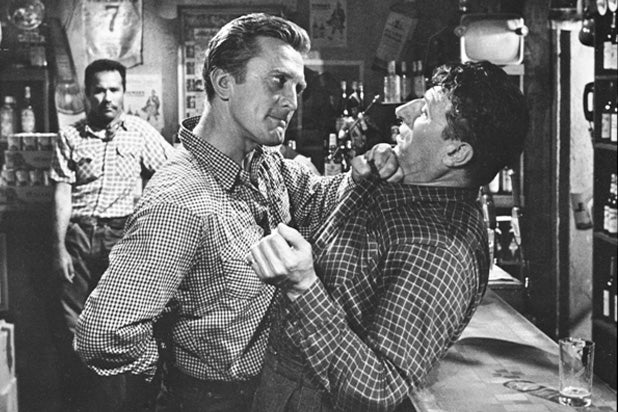 Lonely Are the Brave (1962)    Douglas counted this Dalton Trumbo-penned Western as his personal favorite, and he gave a memorable performance as a New Mexico cowboy who was more of a drifter than a guy rooted in the land. 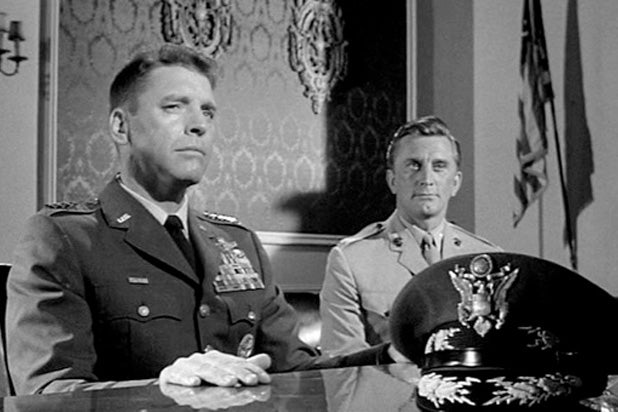 Seven Days in May (1964)    In John Frankenheimer's political thriller, Douglas plays a longtime military officer who begins to suspect that his nuke-obsessed general boss (Burt Lancaster) may be plotting to overthrow the president. 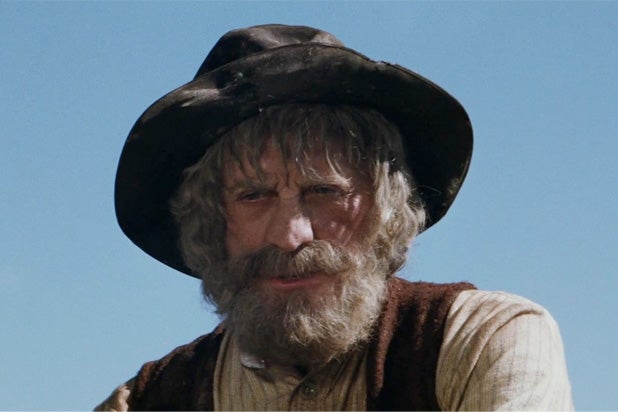 The Man From Snowy River (1982)    Douglas plays twin brothers -- a one-legged gold prospector and a wealthy cattle rancher -- in George Miller's coming-of-age drama about a ranch hand in 1880s Australia.

Paths of Glory has been played on Cable TV here recently, a few times over the last few months. 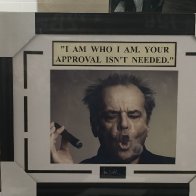 Kind of a weird choice i know but i liked his character in 20,000 Leagues under the sea.   Being a diver i really enjoyed that movie.   Still do.

A little trivia about Kirk.   He was to play Col Trautman in First Blood and dropped at the last minute.   He rewrote the script to kill John Rambo in the end, which followed the book but not the script.   The writers refused and he stomped off the set.   Richard Crenna was picked up at the last minute and the rest in history.

A little trivia about Kirk.

Also learned he was to play the role of Murphy in "One Flew Over the Cuckoo's Nest' but deferred to Nicholson and his son Michael as Executive Producer. Good choices in retrospect.

Cool, i did not know that and i agree.

Nicholson was better than Douglas would have been in that Character although i think Kirk probably would have done fine as well.

from the seed..."... his very public hiring of screenwriter Dalton Trumbo helped to break Hollywood's blacklist of Communists."

A bold move and in all due respect to his long and storied filmography, perhaps his greatest single accomplishment.

I recently watched the movie about Trumbo - KD had a lot of guts to have done what he did.

Class A movie star, left us with a lot of great movies. RIP Kirk.

Douglas joined the United States Navy in 1941, shortly after the United States entered World War II , where he served as a communications officer in anti-submarine warfare aboard USS PC-1139 . [1] He was medically discharged in 1944 for war injuries sustained from the accidental dropping of a depth charge. [25]

A final salute to Mr. Douglas.

Hopefully he's not the one who dropped it.

One of his lesser known movies is also one of my favorites....Eddie Macon's Run.