'It's a mess': Congress prepares to lurch over unemployment aid cliff - POLITICO

Capitol Hill is consumed with finger-pointing and frustration, as millions of Americans are set to lose an economic lifeline.

'It's a mess': Congress prepares to lurch over unemployment aid cliff

Capitol Hill is consumed with finger-pointing and frustration, as millions of Americans are set to lose an economic lifeline. 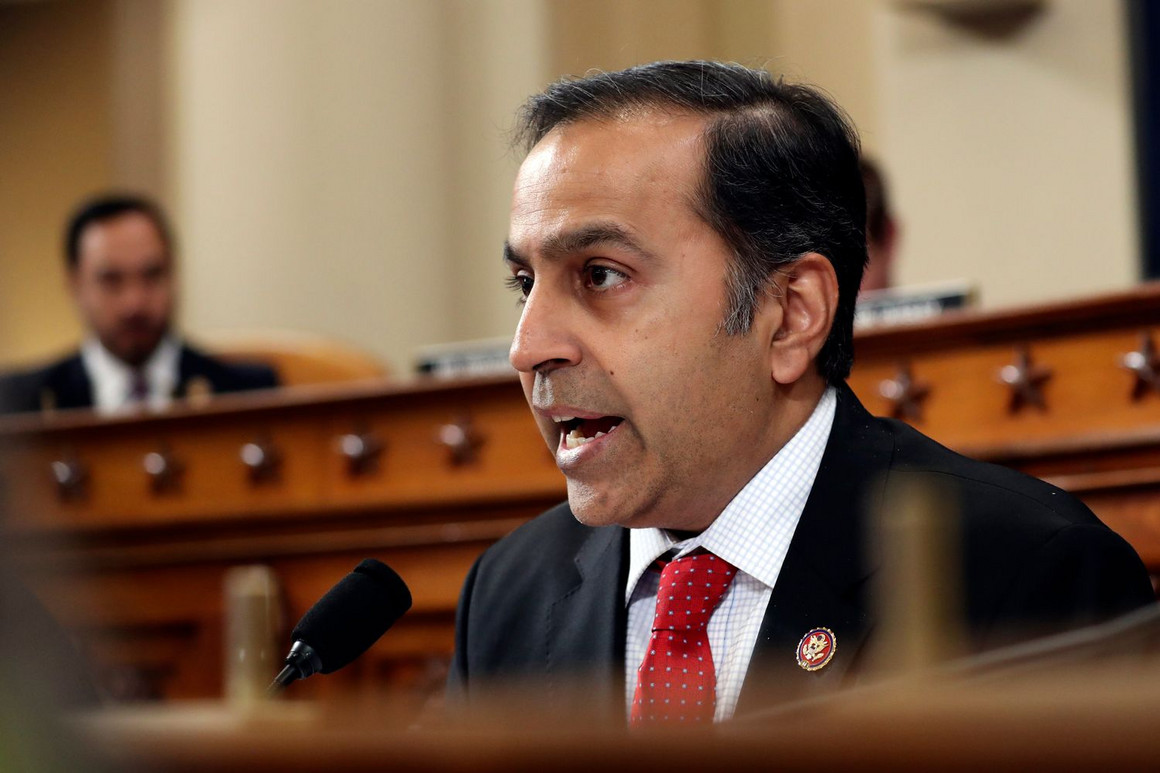 "It is a mess," said Rep. Raja Krishnamoorthi (D-lll.), noting that his office has begun to field calls from desperate families who will receive their final extra unemployment benefits within days. | AP Photo/Andrew Harnik

A dysfunctional Congress is about to go careening off yet another fiscal cliff — but this will hurt a hell of a lot more than most.

Tens of millions of unemployed Americans are about to lose their economic lifeline during the worst recession in 80 years, with eviction protections set to expire at the same time.

As the final unemployment checks are set to be processed this weekend, Capitol Hill has begun to feel some urgency. Still, it's likely too late, with the two parties far apart on coronavirus relief legislation. House Democrats passed their plan two months ago, which would have extended those benefits. But Senate Republicans just began drafting their bill this week and face real divisions within their own ranks.

Without quick action from Congress, the still-growing ranks of America's unemployed will receive their final round of an extra $600 benefit within days, with no certainty about when more help might arrive. And that's led to finger-pointing and frustration on Capitol Hill.

"It is a mess," said Rep. Raja Krishnamoorthi (D-lll.), noting that his office has begun to field calls from desperate families. "We do have a problem where we're very much a kind of crisis-driven culture in Congress, where everybody's holding whatever they can hostage."

"Do I think it'll lapse? Yeah I do, because the Senate's not going to get its act together in time," Rep. Fred Upton (R-Mich.) added Wednesday.

Lawmakers — particularly Democrats — said it was hardly surprising in a building where looming deadlines are routine, and even the threat of a government shutdown isn't enough to force action anymore.

But they say it's far more maddening in the face of a deadly pandemic that has forced 30 million Americans onto unemployment.

"I think it reflects poorly that we can't seem, in the United States Congress, to be able to get Mitch McConnell to do anything," said a visibly frustrated Rep. Ben Ray Lujan (D-N.M.), the No. 5 Democrat in the House.

"He's facing the urgency that we knew existed a month ago, so I understand the frustration of the American people. It's very real," Lujan said, pulling out his cell phone to show text messages from people seeking help after losing their jobs and health insurance.

Republicans, in particular, find themselves in a bind. The House passed a sweeping $3 trillion coronavirus relief package in May, which would have extended the jobless benefits through January. But GOP leaders immediately dismissed the proposal as a "liberal wish list," and Senate Majority Leader Mitch McConnell (R-Ky.) favored a pause in new stimulus money while lawmakers evaluated the effectiveness of the previous multi-trillion-dollar package passed in March.

Republicans have also said the extra $600 per week creates a disincentive for people to return to work because many Americans are making more money on unemployment insurance than they would at their normal jobs. But they favor extending the benefits in some form, noting that several states have seen surges in coronavirus cases, preventing much of the public from returning to work.

"You can't ignore the large number of businesses that have come to us saying that it is having an impact on their ability to hire workers," Senate Small Business Committee Chairman Marco Rubio (R-Fla.) told reporters. "It's not an easy needle to thread."

"I want to help people, but you can't pay them more not to work than they were making when they were working," Sen. Lindsey Graham (R-S.C.) added. "But having said that, it ends in July, so I'd be willing to make an extension, but I would like to change the model."

Both GOP and Democratic leaders have vowed to protect the extra federal unemployment benefits in some way, with Democrats fighting to renew it while Republicans demand some reforms. And those jobless benefits are among the top priorities as negotiations began this week on a fifth round of coronavirus relief aid.

It's the first set of bipartisan talks in months, though lawmakers of both parties acknowledged that they have known for some time that they'd be staring down this exact deadline this summer.

The reason is clear, lawmakers say. Congress needs to be just inches from the edge of a cliff before taking any action on it.

"It's often hard to get momentum to get anything done until there's a looming deadline," Sen. Josh Hawley (R-Mo.), a freshman lawmaker, said in a brief interview. "I think it's partly by design, to be honest with you. You see leadership on both sides wait until they can find an inflection point and then try to push hard."

"This is a dysfunctional Senate," added Sen. Chris Van Hollen (D-Md.). "It's just outrageous that Sen. McConnell has refused to take up that or any portion of it to relieve anxiety."

Senate GOP leaders on Wednesday presented their rank-and-file members with a draft of their latest relief proposal. That plan is expected to include a temporary flat payment of some total for unemployment insurance for two months, intended to give states time to adjust their own systems.

McConnell has said he doesn't expect a bipartisan deal to make it through Congress for at least two weeks — a time frame that would mean at least one federal unemployment check, and possibly more, would be delayed.

People on unemployment would still be able to receive state benefits, though those average weekly benefits are roughly $300 per week.

The imminent threat to the more generous federal benefits program prompted several GOP senators on Wednesday to begin discussing how to get Congress to do what it does best — punt the problem.

Sens. Rob Portman (R-Ohio) and John Barrasso (R-Wyo.) confirmed earlier Wednesday that initial discussions were underway on a temporary extension of the jobless aid program, which would prevent a lapse in benefits and buy more time to negotiate.

"If we can't get it all done by next week, we cannot allow there to be a cliff in the unemployment insurance," Portman said, rattling off dire statistics like the 11 percent unemployment rate.

Oregon Sen. Ron Wyden, the top Democrat on the Senate Finance Committee, dismissed the idea of a short-term patch on Wednesday, effectively halting the idea in its tracks.

Many rank-and-file Democrats say they are willing to compromise on the extra $600 per week, saying they would be open to less money as long as there is no lapse in benefits. Others say they won't back down on that number.

"We cannot let it lapse entirely. We're already in an economic free fall. We will be in the worst economic free fall ever if we let this lapse," said Rep. Susan Wild (D-Pa.), noting that many in her hard-scrabble Pennsylvania district are calling her office to ask about what will happen.

"I'm terrified about it," she said. "The bottom could fall out because of this."

John Bresnahan contributed to this report.

These Republicans in Congress fall all over themselves to moralize about people getting paid too much in unemployment benefits but never reach the logical conclusion that those same people are being paid too little at their jobs. If people get evicted or lose their cars to repossession because the government didnt help them then we will see that "pitchforks and torches" march through the streets.

Republicans have also said the extra $600 per week creates a disincentive for people to return to work because many Americans are making more money on unemployment insurance than they would at their normal jobs.

Tell people that if they go back to work, they will get an extra $600 a week. Consider it hazard pay.

A compromise is doable if democrats want one. There are other options besides adding $600 a week to regular unemployment each week and adding $0 to it each week.  There could be additional money to make ends meet while not adding enough to be a disincentive to return to work when a job opens up.  I could support an extra $200-$300 each week for the rest of the year.  If the choice is between adding $600 or adding nothing, stick to nothing.  This should be an easy compromise