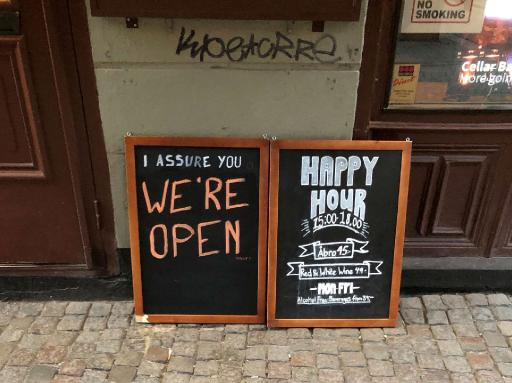 STOCKHOLM (Reuters) - Sweden carried out a record number of new coronavirus tests last week with only 1.2% coming back positive, the health agency said on Tuesday, the lowest rate since the pandemic began at a time when countries across Europe are seeing surges in infections.

The strategy drew fierce criticism home and abroad as deaths shot up during the spring but has also been lauded by WHO officials as a sustainable model.

"The purpose of our approach is for people themselves to understand the need to follow the recommendations and guidelines that exist," Swedish Health Agency Director-General Johan Carlson told a news conference.

Whereas many countries have changing rules and lockdown restrictions, Carlson said the Swedish guidelines were designed to be easy to understand and retain for an extended period.

"There are no other tricks before there are available medical measures, primarily vaccines. The Swedish population has taken this to heart," he said.

More than 5,800 people with the disease have died, many times higher per capita than in neighbouring Nordic countries but lower than Italy, Spain and the UK.

Sweden carried out over 120,000 tests last week with just over 1,300 coming back positive, far below the 19% positive tests hit during some weeks in the spring, and now has the lowest rate of spread in Scandinavia.

"Our strategy has been consistent and sustainable. We probably have a lower risk of spread here compared to other countries," said Jonas Ludvigsson, professor of epidemiology at Karolinska Institutet, adding that Sweden likely had a higher level of immunity in the population than most countries.

"I think we benefit a lot from that now," he said.

The approach has its critics. An editorial in the Dagens Nyheter newspaper said the growing numbers lauding the Swedish strategy had forgotten the many dead.

Check out the data coming from Sweden compared to France. Look at the curve, new daily cases and new deaths.

What I've highlighted says it all. I work with a lot of people from Sweden. They took it upon themselves to stay home as much as they could. I've been there and they always have a dedication and closeness to family. Most businesses are closed by 6 pm; most families go to the market for groceries on Sunday and it's a family event. In general, they're more considerate and respectful of others; therefore, very aware of the potential consequences of not being personally responsible through social distancing and good hygiene practices. They are a country that doesn't eat out frequently. Au contraire pour France... In France, they frequently gather outside the home with friends and family for several meals and general socialization. And lastly... Americans have always had the "you're not going to tell me what to do" attitude and that's much of the issue of the spread here... and yes, I've been guilty of that attitude too. We're talking about vastly different cultures here and that has a lot to do with these issues (or lack of).

Want to take a look at the 2nd quater GDP for each country.

It would seem that Sweden didn't do all that well.

Behavior is a huge part of it.  If everyone followed the guidelines it would make a big difference. Although, I still feel some things are not ready to open yet.

To add to that, Sweden is rather socialist in it's national policies and mindset...... They will accept doing things for the good of the country that would never go with us selfish Americans.

I still like freedom of choice, I still would not leave my country. Although, if you feel that strongly against the country, you can always live someplace else.

If all the citizens of the USA were to be diligent and take social distancing, mask and generally interact on an as-needed basis, we would likely be in much better shape.   This virus, however, is insidious in its air-borne and contact transmission, being asymptomatic for days and ultimately easily spread throughout the population.   One infected asymptomatic person could easily infect dozens when precautions are lax.   And, of course, we do not yet have a vaccine and thus no effective means to create herd immunity.

Even with lockdowns in the USA we have not beat this pandemic.    Does anyone think our progress against this pandemic would be better if left strictly to individual responsibility?

Americans by our nature practice less individual responsibility than a large chunk of the world.

That’s why we need law and order. Supporting our police department will help stop individuals that practice less responsibility for their actions.

Supporting our police department will help with individuals that practice less responsibility for their actions.

Is that really where you want to go Kathleen?

Is there any national mandate to wear a mask to protect the greater population that the police are enforcing?  That problem starts at the top.

And when the police break the law, and violating the rights of the individual...... who is in charge of making sure they answer to the law?

Start thinking root cause rather than the fears you seem to want to indulge in (or peddle).

Actually the police are too busy trying to protect us from all the criminals that think they can resist arrest whenever they feel like it. What fears? Most people like feeling safe. I worry more about people that overlook some of these criminals.  I have been seeing that on here a lot.

Btw, there are a few bad cops out there, but it’s not the entire police department.

You know what the root cause is? You, me and everyone else being considerate of others.  So, wear a mask, social distance and stay out of trouble.

You, me and everyone else being considerate of others.  No argument there.

But again..... what is the root cause of the demonstrations/riots in the streets?   Police being summary executioners of those they are suppose to be protecting.  There is no running away from those facts.

I think your ideology is backwards. There is no justification of destroying property of innocent citizens.

If there hadn't been a George Floyd murder or a Brianna Taylor murder, there wouldn't have been protests.  Who has the facts backwards my dear?

Using your logic, there would have been a Hiroshima before there was a Pearl Harbor.

I agree, Kathleen. The people who have had property, businesses, some their life's work destroyed, had nothing to do with what idiots are rioting about yet they must pay the price. They are callously told by people that most likely have never experienced the type of loss they are experiencing that “it’s just property, it can be replaced.”
Sometimes it can, sometimes it can’t. And even when it can be replaced it places a huge burden on that person and their family, disrupting their lives for months or more. But that’s ok because a police officer you don’t know, got into a situation you were no where near, with a man that you don’t know, and shot him, so now your property must be destroyed. That is a total lack of logic.
I have no idea how anyone can place a positive value on anybody’s life that would arbitrarily destroy an innocent persons property and cause such chaos and heartbreak in their life.
Some lives matter.

Criminals take up for criminals.

It is more then just property. It’s in many cases their life’s work. Oh... that’s okay, it’s not mine so I don’t have to worry about it.

Nonsense, the riots have nothing to do with those people. They use those people for a excuse to do it....