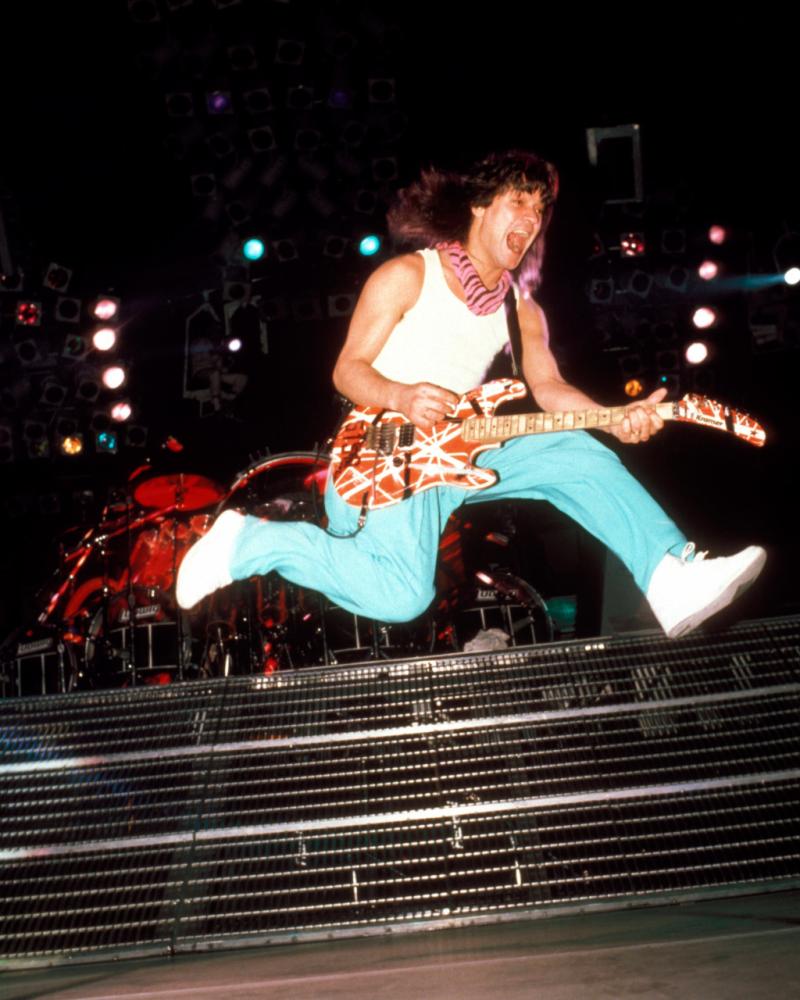 When I was 11, I was at my guitar teacher’s place, and he put on “Eruption.” It sounded like it came from another planet. I was just learning basic chords, stuff like  AC/DC  and  Deep Purple ; “Eruption” really didn’t make sense to me, but it was glorious, like hearing Mozart for the first time.

Eddie is a master of riffs: “Unchained,” “Take Your Whiskey Home,” the beginning of “Ain’t Talking ‘Bout Love.” He gets sounds that aren’t necessarily guitar sounds – a lot of harmonics, textures that happen just because of how he picks. There’s a part in “Unchained” where it sounds like there’s another instrument in the riff.

A lot of it is in his hands: the way he holds his pick between his thumb and middle finger, which opens things up for his finger-tapping. (When I found out he played that way, I tried it myself, but it was too weird.) But underneath that, Eddie has soul. It’s like  Hendrix  – you can play the things he’s written, but there’s an X factor that you can’t get.

Eddie still has it. I saw  Van Halen  on their reunion tour two years ago, and the second he came out, I felt that same thing I did when I was a kid. When you see a master, you know it.   By Mike McCready of Pearl Jam

No shit?!  That comes as a shocker.  Any word on what he died from?  65 is still relatively pretty young.

Any word on what he died from?

Holy crap! He was young!

I finally forgive you for the synthesizer in Jump, RIP!

He smokes like a chimney in the video. I wonder if it was lung cancer.  Lots of people die of lung cancer in their 60's.

I wonder if it was lung cancer.

Yes, it was.  Several years ago, he had part of his tongue removed due to cancer.  This last bout started in his throat.

I seeded an article about this, but I think the timing of your seed trumps the timing of mine.  Is there a way to transfer the comments from my seed to yours?

RIP Eddie, you were a big part of my teen years.

TMZ is reporting he had throat cancer that had spread into other parts of his body. Eddie smoked, but reportedly, he suspected the cancer came from his practice of holding a metal pick in his mouth.

he suspected the cancer came from his practice of holding a metal pick in his mouth.

Yeah right, It had nothing to do with smoking 3 packs of cigarettes' a day for over 45 years.  It's all the metal picks fault.

Yeah, I'm not sure how that would work either, unless he was sucking on a uranium pick.

Where I didn't go in for his music very much, I know what a talent he was.  The loss to the music industry with his passing is truly tragic.  RIP Eddie.

Damn.  Why couldn’t it have been Sammy Hagar?

Even though they were not my favorite kind of band, I am sorry to hear this.

Loved Van Halen in high school, college, and to this day, even through the Sammy Hagar era.  Eddie will surely be missed by fans all over the world.  Rock & Roll has lost a legend.  RIP Eddie!