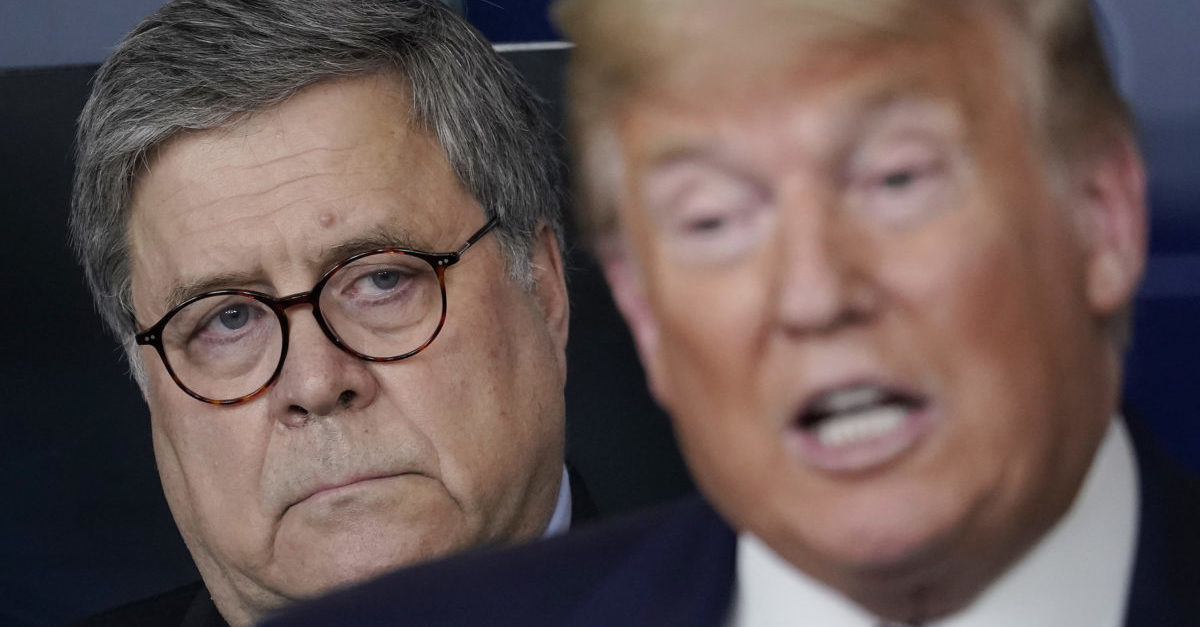 What President Donald Trump had once proclaimed was a bombshell revelation of corrupt "unmasking" misconduct by both his predecessor, Barack Obama , and his 2020 challenger, Joe Biden , fizzled to an unceremonious conclusion, with the federal prosecutor who investigated the claims finding no major wrongdoing or criminal activity.

According to the Washington Post , former U.S. Attorney John Bash wrapped up the unmasking probe on Tuesday and will not make a public report about his findings.

The department has so far declined to release the results of Bash's work, though people familiar with his findings say they would likely disappoint conservatives who have tried to paint the 'unmasking' of names — a common practice in government to help understand classified documents — as a political conspiracy.

Back in May, Trump had trumpeted news that a number of Obama administration officials — including then-Vice President Joe Biden — had requested the unmasking of Trump NSA Michael Flynn's name from classified intelligence surveillance during the 2016 presidential transition period. "This was all Obama. This was all Biden," the president had insisted in a friendly interview with Fox Business's Maria Bartiromo . " The whole thing was corrupt. And we caught them."

Former Obama Director of National Intelligence James Clapper , who had also been named in the unmasking documents, had brushed off the heated accusations from Trump and some Fox News pundits in response, calling the requests "appropriate and legitimate." Attorney General Bill Barr subsequently appointed Bash to investigate the claims in late May.

Trump has repeatedly called on Barr and other federal prosecutors investigating the investigators related to the Russia interference probes to prosecute his 2016 challenger, Hillary Clinton , while falsely accusing Obama and Biden of "treason." Just last week, he effectively threatened Barr, saying he would be "sad" if Obama and Biden were not charged with crimes.

I thought people were "going to jail" for this "unmasking".

Trump might shoot someone in the middle of 5th avenue after this news.

Trump might shoot someone in the middle of 5th avenue after this news.

$50 says we are thinking of the same 'someone'.

Perhaps Barr could talk about the attempted kidnapping of a standing governor. Now it's been revealed that the governor of Virginia could have been a victim as well. Perhaps I missed it but I've heard nothing from the DOJ on this.

That would seem to me to be a pretty big deal.

This is a total fiasco for Trump. Per Trump this unmasking is one of the great crimes ever, among many other comments, ''this will be bigger than Watergate''...

No finding of wrongdoing or criminal activity.  No surprise.