In the three years of Korea nearly as many of us died as in the decade of Vietnam.

The Korean War has gone largely unrecognized by average Americans over the decades, coming so soon after the ultimate horror of World War Two.

On this Veteran's Day, here is the introduction to the book  "The Coldest War" by James Brady. 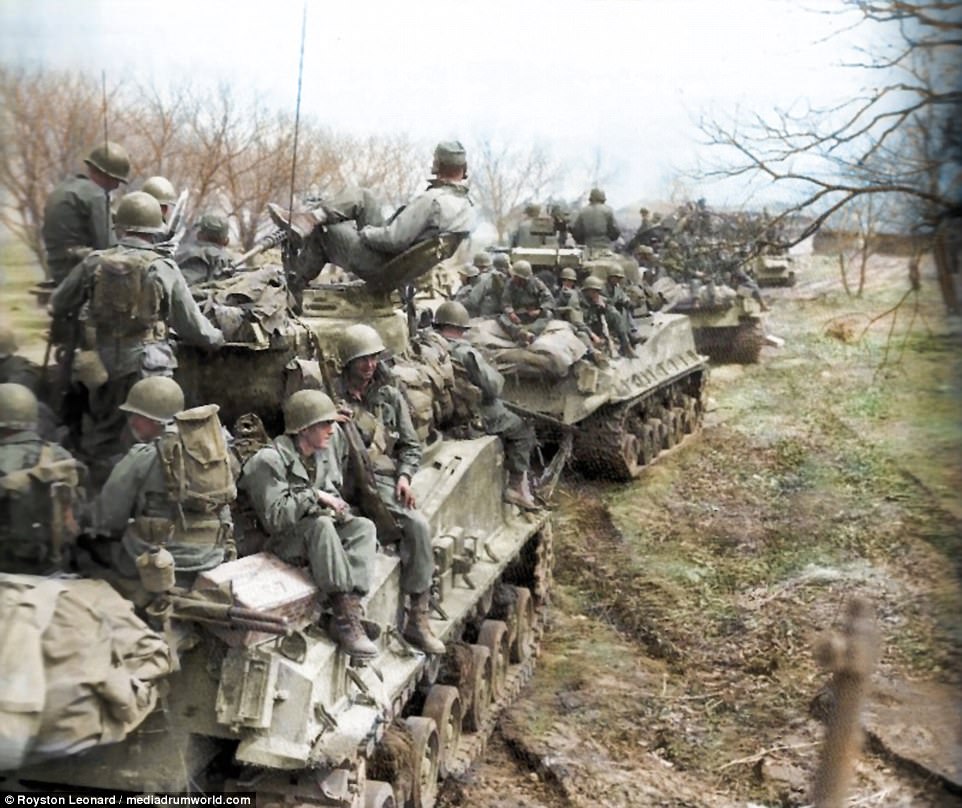 The Korean War, which President Truman called a police action and Averell Harriman “a sour little war,” and  which today is largely forgotten, began forty years ago, on the morning of Sunday, June 25, 1950, when 90,000  North Korean troops pushed across the 38th Parallel and came south.  Before it ended thirty-seven months later it killed more than 54,000 Americans. In the three years of Korea  nearly as many of us died as in the decade of Vietnam. No one will ever know how many Koreans and Chinese  we killed.  Korea gave us a brief shelf of history books, no great war novel or film, not a single memorable song, a  wonderful combat journal by Martin Russ called “The Last Parallel.”  And it gave us “M*A*S*H.” 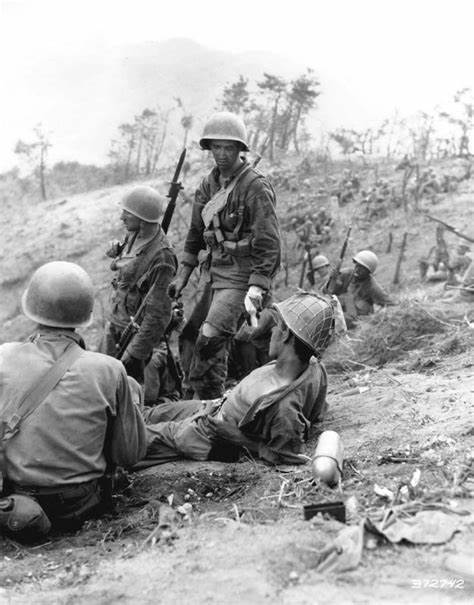 Because it began along an artificial frontier dividing a single nation effectively into Soviet and American  zones, a deal cut in part to lure the Russians into attacking the Japanese in 1945, Korea might be thought of as  the last campaign of World War II; because of the vague way it ended in 1953, as the opening battle for Vietnam.  Korea was a strange war in a strange land, a war the generals warned we should never fight, a ground war  on the Asian mainland against the Chinese. It anointed few heroes, ended MacArthur’s career, helped elect Ike.  Korea didn’t arouse America as the Second World War did, nor did it, as Vietnam would, scar a generation.  There are men today lying in VA hospitals who were broken by Korea, but those of us who came home intact  pretty much picked up our lives and went back to school or out to look for a job.  They didn’t stage any parades, but then neither did people spit at us in the streets.  In some ways, it wasn’t a modern war at all, more like Flanders or the Somme or even the Wilderness cam-  paign. There were jets and tanks and warships but you didn’t see them very often. Korea was fought mostly by  infantrymen with M-l rifles and machine guns and hand grenades and mortars. There was artillery, of course,  quite good on both sides. And barbed wire, lots of that, and mines, always the mines. We lived under the  ground, in sandbagged bunkers, and stood watch in trenches.

Men who fought in France in 1917 would have  understood Korea; Lee’s and Grant’s men would have recognized it.  The war in that first year was a dashing affair, at least until the snow came, a war of movement, tanks and  planes, up and down the peninsula, with Seoul fought over and changing hands four times. The armies  marched up the land and marched back down again. There was much fervor and martial oratory. MacArthur  thought the “boys” might be home for Christmas. When the marines were surrounded up near Manchuria at  the “frozen Chosin,” General Smith said, “Retreat, hell”; they were advancing in another direction. Col. “Chesty”  Puller remarked of the encircling Chinese, “Good, now they can’t get away.”  By November of 1951 there was no more oratory. The line had stabilized, partly from exhaustion and cold,  partly because the truce talks occasionally flickered into promise. The Chinese, a million of them, and what was  left of the North Koreans dug in. And we dug in, six American divisions and our UN allies. Two armies stood  and faced each other in the hills with another damned winter coming out of Siberia.  That was when I got there, Thanksgiving weekend, 1951.  Most of us hated the war or feared it; a few loved it. No one was neutral on the war. Sergeant Wooten, who  had fought in the Pacific, said people shouldn’t knock Korea:  “It ain’t much but it’s the only war we got.”

As a Korean War veteran, I know firsthand and understand the sacrifices made by our men and women in uniform.

I will defend Korea as I would my own country-just as I would California.

The Korean war has always been an unpopular war among the American people.

Fear was the terrible secret of the battlefiled and could afflict the brave as well as the timid. Worse it was contagious, and could destroy a unit before a battle even began. Because of that, commanders were first and foremost in the fear suppression business.

It comes down to this: we're pieces of equipment To be counted and signed for. On occasion some of us break down, And those parts which can't be salvaged Are replaced with other GI parts, that's all.

Today is Veterans Day, the day we set aside to honor those who have served in the United States Armed Forces. There are roughly 18 million living veterans in the US, including nearly 2.25 million who served during the Korean War. June 25 of this year marked the 70th anniversary of the start of the Korean War, when North Korean troops invaded South Korea. While 21 nations contributed forces to the United Nations' defense of South Korea, 90% of the troops who served in the Korean theater were from the United States.

The Korean War Veterans Memorial, shown here, was dedicated on July 27, 1995 in Washington, and consists of four parts: the mural wall, the pool of remembrance, the United Nations wall, and the statues. The 19 stainless steel statues were sculpted by Frank Gaylord of Barre, Vermont. They're approximately 7 feet tall and represent the various ethnicities of the recently integrated American forces who served in Korea. They also reflect a cross section of the US service divisions that fought in the war—they depict an advance party of 14 Army, three Marine, one Navy, and one Air Force personnel. The statues stand in patches of juniper bushes and are separated by polished granite strips, which give a semblance of order and symbolize the rice paddies of Korea.

While veterans account for only about 7% of the US population, they performed an outsized service to our country, and their commitment to the Constitution and the nation was total. Today would be a great day to find one and offer your thanks.

I had a number of relatives that fought in the ''Forgotten War''. Two with the 1st Marines and two with the 187th RCT (Airborne)

Korea will be remembered for the names given to the battles. Bloody Ridge, Pork Chop Hill, Heartbreak Ridge and of course Frozen Chosin.

Thank you for posting this article.

There has been a lot of talk over the last 20 years or so about how WW2 veterans were dying off and dwindling down to the point that now there are very few left.  But Korean veterans are a very elderly population themselves. Anyone who served in Korea is at least 85 years old today.

But Korean veterans are a very elderly population themselves. Anyone who served in Korea is at least 85 years old today.

That is true, all four (4) of my relatives have walked on.

My dad was in the Koren War and Vietnam.

Stop them at the 38th Parallel. I grew up hearing that was the most important thing we needed to do.

He used to believe in the Domino Theory, now he doesn't.

But he still believes that Korea was a more important war than Vietnam.

I tend to agree with him.

Big Cheif (that's dad) turned 87 this year. He did a lot of amazing things in his life. Help designed the Luna Mod (Lem) the F-14 (the Tomcat) and E-2C. He never talks about the war though.

Your dad is the greatest generation.

He used to believe in the Domino Theory, now he doesn't.

I think the strategic planners in the US, from Korea to Viet Nam,  way overestimated how much China and Russia wanted to conquer the world.

"Overestimated" is correct, because China has no intent as far as I know to "conquer" the world.  If China becomes more successful than other nations in gaining a position of superiority, I believe it will be through multilateralism, globalization, cooperation and commerce.

Same with my dad, he is 90, doesn't really talk about the war.  He was on the front line and could hear the Chinese as both sides were shelling each other when only a mountain range separated them.

This is the story of a Medal of Honor recipient from the Korean War. It's difficult to understand the courage of this man. 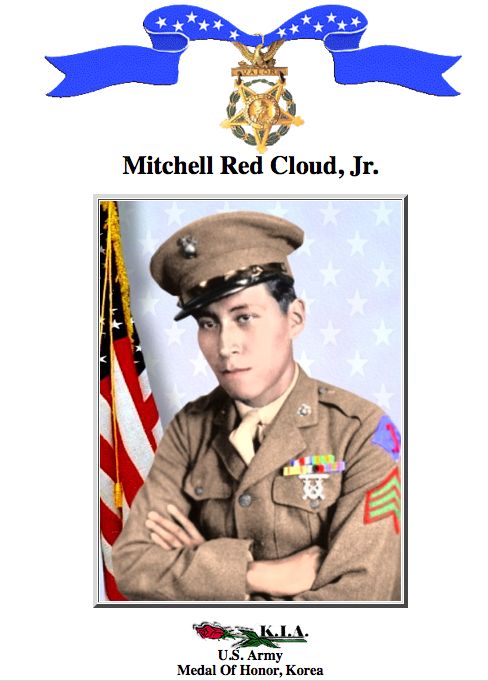 My dad was in the Pacific during WWll particapting in the invasion of Saipan and Iwo Jima. He was also in Korea during the war.

A salute to your dad, MM.

My dad was in the first wave to hit the beach at Tarawa (Betio) and then Saipan and Okinawa.