GameStop traders sent the stock on a wild ride Thursday. The stock plunged more than 40% Thursday after surging nearly 40% at one point earlier in the day. Adding to the drama? Robinhood said it was restricting trading in the red hot stock as well as several others.

New York (CNN Business)GameStop traders sent the stock on a wild ride Thursday. The stock plunged more than 40% Thursday after surging nearly 40% at one point earlier in the day. Adding to the drama? Robinhood said it was restricting trading in the red hot stock as well as several others.

"We continuously monitor the markets and make changes where necessary. In light of recent volatility, we are restricting transactions for certain securities to position closing only," Robinhood said in a statement, adding that it was also doing so for AMC(AMC), BlackBerry(BB), Bed Bath & Beyond(BBBY), Nokia(NOK) and three other stocks. "Amid significant market volatility, it's important as ever that we help customers stay informed," Robinhood added. The backlash was swift, and hours after implementing the restrictions, Robinhood appeared to backtrack, saying it would resume limited buys on those securities starting Friday.

"This was a risk-management decision, and was not made on the direction of the market makers we route to," Robinhood said in a blog post. "We're beginning to open up trading for some of these securities in a responsible manner." Read More Inside Robinhood, the free trading app at the heart of the GameStop mania Shares of GameStop(GME) fell more than 60% at one point and were halted several times Thursday, after having soared in recent weeks because of support from individual investors on Reddit. The stock was flat about ten minutes after the market opened. Two exchange-traded funds with significant positions in GameStop plunged Thursday too. The Wedbush ETFMG Video Game Tech ETF(GAMR) and SPDR S&P Retail ETF(XRT) both fell about 10%, but each of them are still up more than 25% so far this year.

Despite the losses Thursday, GameStop shares are still up nearly 950% in 2021 -- surging from just under $20 at the end of 2020 to a current price of about $200. It's largely because of an army of investors who are buying the stock to hurt hedge funds that have bet against GameStop. The phenomenon is called a short squeeze. An investor who thinks a stock will fall borrows the shares and sells them, with the hopes of buying them back at a lower price and pocketing the difference before paying back the loan. 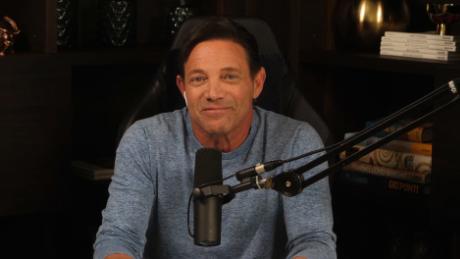 Jordan Belfort: GameStop frenzy is a 'modified pump and dump'04:58 The problem is that a short seller can be hurt if the stock they borrowed keeps climbing. The losses, in theory, are infinite. So that creates another buying frenzy as short sellers rush to buy back the stock before it moves even higher. A community on Reddit called Wall Street Bets has been leading the charge against the short sellers.

Experts say that the rise of no-fee trading due to the popularity of online brokers such as Robinhood just makes it even easier for individual investors to keep plowing into GameStop stock. The GameStop phenomenon has taken Wall Street -- and all of America for that matter -- by storm. The White House has said it is looking into the stock's massive surge.

Federal Reserve chair Jerome Powell was asked about it during a press conference Wednesday. How Trumpism explains the GameStop stock surge It's unclear how much longer this short squeeze can last. Online brokerage TD Ameritrade, which is now owned by Charles Schwab, has started to limit trading in GameStop and other shares that have also gotten a pop from the Reddit crowd, such as movie theater chain AMC. And Wells Fargo's financial advisory unit has banned employees from making recommendations to clients about GameStop and AMC.

The big concern is that average investors may be ignoring longer-term risks about GameStop as they look for a quick short-term pop. Although the retailer reported decent holiday results and now has the backing of Chewy(CHWY) co-founder Ryan Cohen, GameStop is still losing money as the sales of video games have increasingly shifted from buying a cartridge in a box at a physical store to a download model. "GameStop shares are trading completely untethered from fundamentals and that is dangerous," David Trainer, CEO of New Constructs, an investment research firm, said in an email to CNN Business.

Also, this is a good illustration of why surging stock prices do not necessarily equate to a strong economy, nor even a strong company.

Why is it ok for Wall Street to short a stock to make a boatload of money, but when the little guy takes advantage of it, Wall Street cries foul?

It's really hard for any explanation to not make hedge funders and their enablers sound like assholes, isn't it?

It really is. I don't think any one here will be able to explain it

Why is it ok for Wall Street to short a stock to make a boatload of money, but when the little guy takes advantage of it, Wall Street cries foul?

I heard this morning on the radio that the Congressional Dems plan to look into it.

It really is. I don't think any one here will be able to explain it

I can not explain it but, I believe most older investors look at people that run brokerages or funds and believed they did extensive research into companies, like R & D, new products, partnerships etc to estimate what a companies future worth or success could be.  I believe some of these hedge fund managers (billionaires) buy an option on a business like Game Stop and then go out and try and manipulate the market to achieve the desired result of their option. Like go onto these investment shows and rave about how poorly Game Stop is doing, when in fact they want it to do poorly so they can make millions. This evidently isn't illegal why, I don't know, it seems like its on par with insider trading. 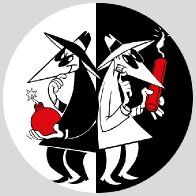 I wouldn't be shocked to hear the Depository Trust and Clearing Corporation changed what it was charging to handle margin purchases.  This can cause particularly huge issues.  Many on the Robinhood platform buying GME were doing margin purchases.

As for shorts it's a mixed bag.  Most are garbage speculators who see a balance sheet and make assumptions... and engage with everyone else in shorting stock past levels that exist.  It's the ones who short for a reason other than "hey i like money!" that you need to worry about.

Well.  Not you.  But their targets.

It’s great this populist conservative revolt against the billionaire investor class bi coastal elites that put Biden in the White House.  We cost them billions in losses covering their shorts.  And now big tech social media is erasing negative reviews of Robinhood after they interfered yesterday in the free market.

They are open for trade this morning and GameStop stock was up 75%. Also The Verge was reporting that, "Discord is now helping the r/WallStreetBets team moderate its new server." after closing them down yesterday.