This comes amid talks in Vienna between Iran and major powers on the mechanics of a US return to a landmark 2015 nuclear deal abandoned by former president Donald Trump.

"The Harth 55 repeatedly crossed the bows of the US vessels at an unnecessarily close range, including crossings both (US ships) Wrangell and Monomoy's bows at a 70 yard (64 metre) closest point of approach," a US statement said.

"The Harth 55 closed aggressively on Wrangell's bow, resulting in Wrangell manoeuvering to avoid collision while sounding five short blasts from the ship's horn."

US navy footage showed an Iranian ship cut in front of a US vessel, which abruptly moved to avoid collision.

It said the Iranian ships moved away after approximately three hours in the encounter, that the US navy "deemed unsafe and unprofessional".

The remaining partners to the 2015 nuclear deal have been engaged in discussions aimed to return Washington to the accord it withdrew from and to lift the sanctions it reimposed on Iran, and Tehran's return to nuclear commitments it cut in retaliation.

Iran has repeatedly demanded that all US sanctions reimposed since 2018 be lifted, and stressed its readiness to return to nuclear commitments once it has been verified.

A US delegation is present at Vienna but holding no direct talks with Iranians, while the European Union acts as a intermediary and coordinates between the two.

A test from the coddled.

They also tested when they were not coddled.

As I recall the last major incident was when Obama was coddling them:

On January 12, 2016, two  United States Navy   riverine command boats  were seized by  Iran 's  Islamic Revolutionary Guard Corps  (IRGC)  Navy  after they entered Iranian territorial waters near Iran's  Farsi Island  in the  Persian Gulf . Initially, the U.S. military claimed the sailors inadvertently entered Iranian waters owing to mechanical failure, but it was later reported that they entered Iranian waters because of navigational errors. [3]  The U.S. secretary of state,  John Kerry , called the Iranian foreign minister  Mohammad Javad Zarif  within five minutes. His call was followed by multiple other phone calls between the two ministers. The sailors had a brief verbal exchange with the Iranian military and were released, unharmed, 15 hours later. 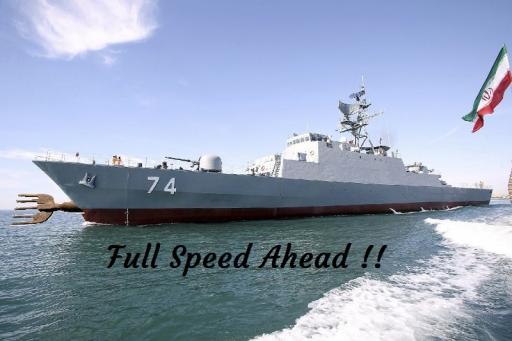 This crap's been going on for decades.  The USSR and the US use to play destroyer chicken in the places like the Med and the Black Sea.  Sometimes it got expensive.