Democratic congressman tells Marjorie Taylor Greene to 'shut your seditious, QAnon loving mouth' after she called his party 'the enemy within'

Democratic congressman tells Marjorie Taylor Greene to 'shut your seditious, QAnon loving mouth' after she called his party 'the enemy within'

Rep. Marjorie Taylor Greene speaks with a colleague on the House floor on January 3.   Erin Scott-Pool/Getty

Democratic Rep. Ruben Gallego and GOP Rep. Marjorie Taylor Greene got into a heated Twitter exchange this week, exposing the deep anger still roiling the ranks of Congress after the Capitol riot on January 6.

After Greene, the freshman Republican from Georgia who's embraced a host of far-right conspiracy theories, called her Democratic colleagues "the enemy within" in   a tweet   on Sunday, Gallego said Greene was aligned with the Capitol rioters.

"I was trying to figure what type of pen to stab your friends with if they overran us on the floor of the House of Representatives while trying to conduct a democratic transition of power," Gallego said. "So please shut your seditious, Qanon loving mouth when it comes to who loves America."

Gallego, a Marine combat veteran from Arizona,   helped colleagues   with their gas masks as Trump supporters stormed the Capitol in January. He also   provided shelter in his office to several journalists   after they were denied entry into a safe room.

On Tuesday, Greene accused Gallego of seeking attention, called him a "coward," and questioned his masculinity.

"While you were hiding with your little pen, brave Republican MEN were helping police hold the door, so that ALL of us could get out safely. Coward," she wrote.

Gallego said that while there were "many heroes" in the Capitol on January 6, Greene was one of the "many insurrectionist trying to destroy Democracy."

Gallego ended the exchange by saying he didn't have time for a Twitter feud because he was too busy with legislative work, which he said Greene "wouldn't know about" because she was   stripped of her committee assignments   a month after being sworn in.

"I would tweet back and forth with you but I have 2 committee assignments and a bill of mine is being marked," he tweeted. "That we means it's passing out of committee. (But you wouldn't know about that)."

It has a serious case of penis envy.

She is a c u next tuesday, and I hate that word, but it fits this whack a doo.

I can't think of enough nasty words to describe this nasty POS.  I don't want any more tickets though.

Looks like our politicians and media that has been working for years to divide us up to gain power and profit may be starting to backfire on them.

PS IMO: People in support of the inserection should not still be in public office. Period

After graduating from Harvard University, Gallego joined the Marines . After completing infantry training, he deployed to Iraq with Lima Company, 3rd Battalion, 25th Marine Regiment. 3/25 would lose 46 Marines and two Navy corpsmen between January 2005 and January 2006, according to the Marine Corps official website.

And Green has done what in defense of our country? Nothing but spew BS.

the army she wanted to join surrendered in 1865...

As usual she hasn’t done or sacrificed a fucking thing, very few of those fuckhead right wi g loud mouths ever have. They are just looking to make a fast buck of the stupidity of their voters.

There was no insurrection. What started as a peaceful protest turned into a riot when a couple hundred radical right wingers took over. Green will likely be voted out next year

It was an attempted insurrection, your denial will not change that.

it'll all come out in the wash. my source in one of the alphabet intelligence agencies told me that some federal agents were yelling "shoot to kill" at the TV's while watching it happen live. 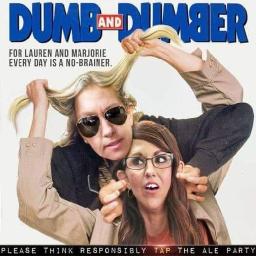 Greene is a disgrace and a stain on the House of Representatives.  She needs to disappear back into whatever hole she crawled out from.

She needs to be stomped the fuck out. And I mean straight up mouth on a curb. Can’t stand that bitch.