The Sierra Madre Tattler!: Trump calls on US to stop using computers: The solution to cyberattacks is to 'go back' to 'paper'

community » Discussions » Category » News & Politics » Discussion » The Sierra Madre Tattler!: Trump calls on US to stop using computers: The solution to cyberattacks is to 'go back' to 'paper'

Mod : Isn't Donald Trump supposed to be launching a new social media network in a month? Is it going to be paper based? Will message transp...

Mod: Isn't Donald Trump supposed to be launching a new social media network in a month? Is it going to be paper based? Will message transport such as homing pigeons or delivery dogs be involved?

During an interview on Fox Business, host Stuart Varney asked Trump about how the United States should respond to cyberattacks like the one that recently shut down the Colonial Pipeline.

"The way you stop it is you go back to a much more old-fashioned form of accounting and things," Trump said. "You know, I have a son who is so good with computers. He's a young person and he can make these things sing and when you put everything on internet and on all of these machines -- you never see a piece of paper -- I really think that you have to go back to a different form of accounting, a different form of compiling information."

According to the former president, "young people... can't walk without computers."

"As a young person, my 15-year-old son is, you know, he's just a genius with this stuff," he added. "And you have people that are going to break into systems. I think you have to go back and you have to be much more reliant, there has to be much better security."

Trump also admitted that he doesn't understand how hackers get paid for ransomware cyberattacks. "I don't know how the hell they get paid, by the way, Stuart," he commented. "You're going to have to explain that to me."

"They get paid through Bitcoin," Varney laughed.

"That's another beauty," Trump complained. "The currency of this world should be the dollar. And I don't think we should have all of the Bitcoins of the world out there. I think they should regulate them very, very high."

Do some cipherin' for me Jethro 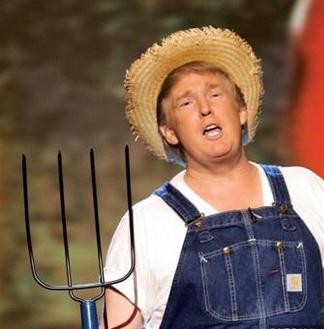 Professor Principal
2.1  seeder  JBB  replied to  JohnRussell @2    one week ago 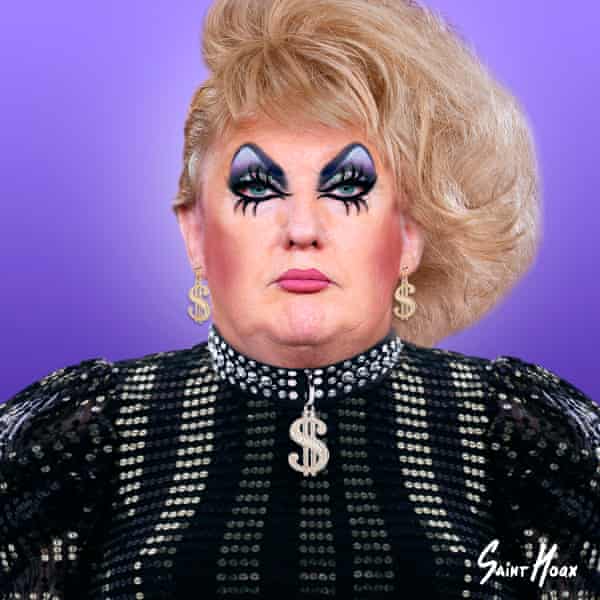 Professor Guide
2.2  pat wilson  replied to  JohnRussell @2    one week ago

Jr.'s got that handled.

Professor Principal
3  TᵢG    one week ago

I had to find the video of Trump actually saying these words to believe it.

Regulate Bitcoin, eh?    Trump clearly has no concept of cryptocurrency and the underlying blockchain paradigm which decentralizes trust.   And his solution to hacking is to get critical systems off of computers?

How did Varney keep a straight face during this interview?

How did Varney keep a straight face during this interview?

What makes you think he's any more on the ball than Trump?

I am surprised that you give Trump so much credit.     Yeah, I think Varney understands cryptocurrency, and that he has no notion that moving off of computers is a rational response to cyber crime.

Sorry, I have no respect for Stuart Varney.  He is not even close to being an honest journalist.

How does 'not honest journalist' translate into not understanding cryptocurrency and thinking cyber crime is best addressed by moving off of computers?

I did not speak of honesty, I spoke of normal competence for a person in his position.

I dont watch Stuart Varney, but I have seen him here and there a few times. I wouldnt swear to it that he knows more about the things you are referring to than Trump does.

Stuart Varney (born July 7, 1948) is   an American talk show host and conservative political commentator who works for Fox News and the Fox Business Network.   Born in the United Kingdom, he worked as a journalist before joining Fox News in January 2004 as a business contributor, such as on Your World with Neil Cavuto.

On August 30, 2019, Varney claimed that President Donald Trump had never lied to the American public in conversation with Republican presidential candidate Joe Walsh on Varney & Co. [18]

John, you are still speaking about Varney's honesty yet I have never made any comment regarding his honesty.

Do you think he does not understand that cryptocurrency is based on decentralized trust (and thus not able to be regulated)?

Do you think that he views going to paper instead of computers to be a rational response to cyber crime?

Professor Principal
4  Buzz of the Orient    one week ago

Actually, you don't need to get rid of computers, you just need to get rid of the method to get into them, i.e. the internet.  Not only do I have no idea of what bitcoins or cybercurrency are, I really don't care, and in fact if I could find a lamp with a genie in it I'd want him to send me back to the early 1950s.