The human rights organization Amnesty International has said China is committing crimes against humanity in Xinjiang, the north-western region that is home to the Uyghurs and other Muslim minorities.

The human rights organisation Amnesty International has said China is committing crimes against humanity in Xinjiang, the north-western region that is home to the Uyghurs and other Muslim minorities.

In a report published on Thursday, Amnesty called on the UN to investigate, and said China had subjected Uyghurs, Kazakhs, and other Muslims to mass detention, surveillance, and torture.

Agnès Callamard, the secretary general of Amnesty International, accused Chinese authorities of creating "a dystopian hellscape on a staggering scale".

"It should shock the conscience of humanity that massive numbers of people have been subjected to brainwashing, torture and other degrading treatment in internment camps, while millions more live in fear amid a vast surveillance apparatus," Ms Callamard said.

She also accused UN Secretary General António Guterres of "failing to act according to his mandate".

Mr Guterres "has not denounced the situation, he has not called for an international investigation", Ms Callamard told the BBC. "It is incumbent on him to protect the values upon which the United Nations has been founded, and certainly not to stay silent in front of crimes against humanity."

In the 160-page report based on interviews with 55 former detainees, Amnesty said there was evidence the Chinese state had committed "at least the following crimes against humanity: imprisonment or other severe deprivation of physical liberty in violation of fundamental rules of international law; torture; and persecution."

The report follows a similar set of findings by Human Rights Watch, which said in an April report that it believed the Chinese government was responsible for crimes against humanity.

China has been accused by some Western nations and rights groups of pursuing a genocide against the Turkic ethnic groups in Xinjiang - though there is dispute over whether the state's actions constitute a genocide.

The author of the Amnesty report, Jonathan Loeb, said at press conference on Thursday that the organisation's research "did not reveal that all the evidence of the crime of genocide had occurred" but that it had so far "only scratched the surface".

Experts generally agree that China has detained as many as a million Uyghurs and other Muslims and imprisoned hundreds of thousands more people in its crackdown in Xinjiang, which began in 2017.

There have been widespread reports of physical and psychological torture inside prisons and detention camps in the region.

China has also been accused of using forced sterilisation, abortion, and population transfer to   reduce birth rates   and population density, and of   targeting religious leaders   to break religious and cultural traditions.

China denies those accusations, and says its camps in Xinjiang are voluntary vocational and de-radicalisation programmes for combating terrorism in the region.

In its report, Amnesty said counter-terrorism could not reasonably account for mass detention, and that the Chinese government's actions showed a "clear intent to target parts of Xinjiang's population collectively on the basis of religion and ethnicity and to use severe violence and intimidation to root out Islamic religious beliefs and Turkic Muslim ethno-cultural practices". 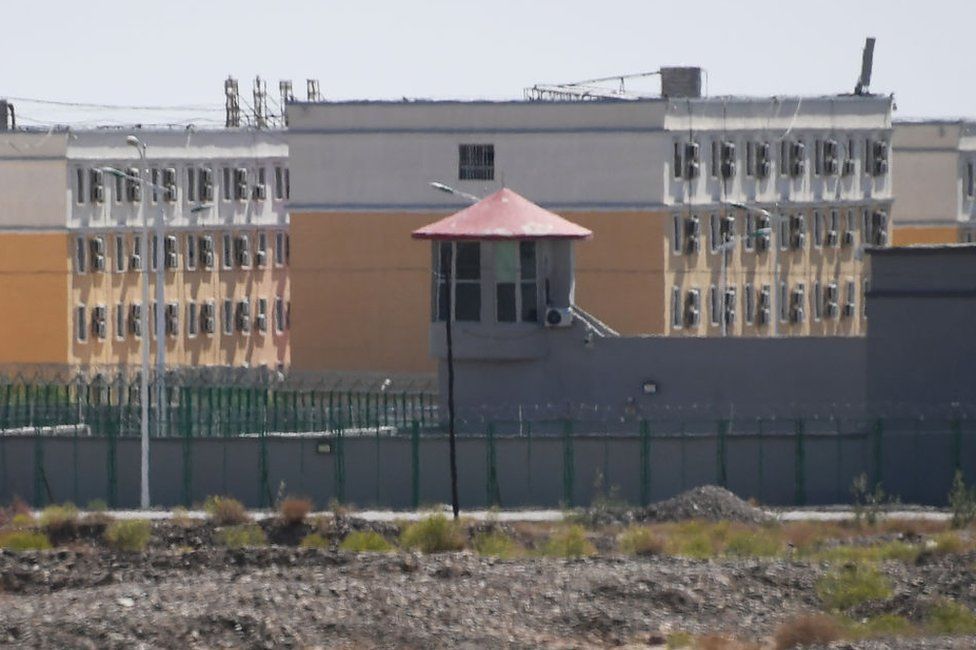 The organisation said it believed those taken to the network of camps in Xinjiang were "subjected to a ceaseless indoctrination campaign as well as physical and psychological torture".

Those torture methods, according to the report, included "beatings, electric shocks, stress positions, the unlawful use of restraints (including being locked in a tiger chair), sleep deprivation, being hung from a wall, being subjected to extremely cold temperatures, and solitary confinement".

The "tiger chair" - the existence of which has been reported elsewhere - is said to be a steel chair with leg irons and handcuffs designed to shackle the body in place. Several former detainees told Amnesty they were forced to watch others locked immobile in the tiger chair for hours or even days at a time.

Amnesty also said that the camp system in Xinjiang appeared to be "operating outside the scope of the Chinese criminal justice system or other known domestic law", and that there was evidence detainees had been transferred from camps to prisons.

Though many of the findings have been previously reported, Amnesty's investigation is likely to add to international pressure on China over its actions in Xinjiang.   The US state department has previously described it as a genocide , and the parliaments of the UK, Canada, Netherlands and Lithuania have passed resolutions making the same declaration.

In March, the EU, US, UK and Canada imposed sanctions on Chinese officials over the alleged abuses. China responded by imposing retaliatory sanctions on lawmakers, researchers and institutions.

The possibility of China being investigated by an international legal body is complicated by the fact that China is not a signatory to the International Criminal Court (ICC) - putting it outside the court's jurisdiction - and it has veto power over cases taken up by the International Court of Justice. The ICC announced in December it would not pursue a case.

An   independent series of hearings   was held in London last week, led by the prominent British barrister Sir Geoffrey Nice, aiming to assess the allegations of genocide.

There is lots of hand wringing and outrage over atrocities that occurred hundreds of years ago these days. But an an actual genocide is taking place right now and the response is mainly silence.

They have bought the silence of global corporations, the mainstream and big tech social media, and American progressives on these matters.

They have bought silence and inaction from everyone on these matters because they are so integral to the global economy, have become strong enough militarily that action against them is unrealistic, and nukes. No one is gonna so she except complain, and no one can do shot except complain, but when has complaining without action ever helped anyone?

Here's the actual report from Amnesty.

One example of the treatment:

They brought the chair into
our room… They told us that if we helped him then we would sit in the chair… It was an
iron chair… his arms were cuffed and chained. Legs were chained as well. His body was
tied to the back of the chair… Two [cuffs] were locked around his wrists and legs… A
rubber thing attached to the ribs to make the person [sit] up straight… at some point we
could see his testicles. He would [urinate and defecate] in the chair. He was in the chair
for three nights… He died after he [was taken out of the cell]. We found out through
[people] in the cell.

Sophomore Silent
3  Gazoo    one week ago

China was also involved in forced organ harvesting, sometimes from live patients. Supposedly they stopped doing that in 2015 but it’s difficult for human rights groups to confirm that.

What do you expect from a country whose top ally is iran?

Freshman Principal
4  Hallux    one week ago

Interesting to see that Amnesty International has so many 'conservative' supporters.

Interesting to see how little progressives care about crimes against humanity.

It isnt a lack of caring, it is simply that absolutely nothing can be done about it on any level.

Even more interesting if you review conservatives reactions to other reports by Amnesty including the one where they condemned Trump. Then it was a commie organization run by Soros.

Even more interesting if you review conservatives reactions to other reports by Amnesty including the one where they condemned Trump. Then it was a commie organization run by Soros.

It's amazing that they can split their attention with human rights violations when they have China on one hand, and North Korea on the other, when Trump has espoused his love of both leaders.

Not much anyone can do about it. 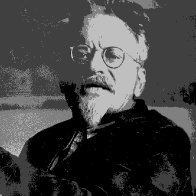