BUZZ NOTE:  There is a video with this article about the landing of the first Blue Origin flight that may be accessed by clicking on the SEEDED CONTENT link just below this message, that will take you to the original source article. There may be 2 prior video commercials that last for less than one minute in total. 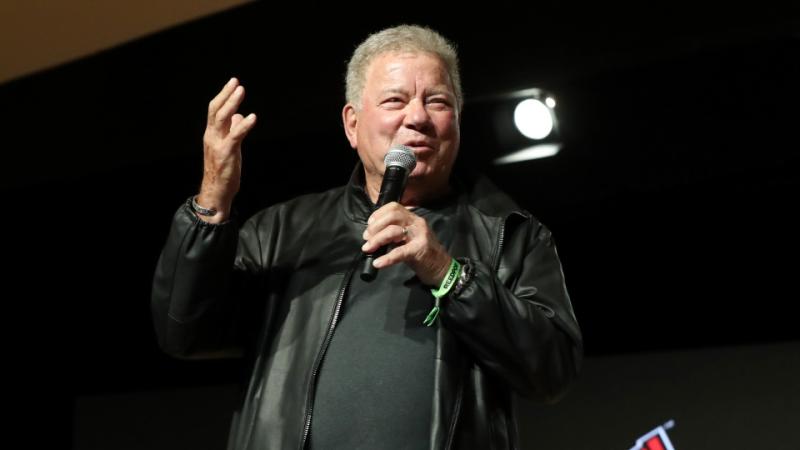 William Shatner spoke to a crowd at New York Comic Con on Thursday evening, just days before he will blast into space on a sub-orbital flight.

Much of his 45-minute speech included talk of the 90-year old actor's other projects, including his album, but near the end he explained how he got interested in blasting off.

Jason Ehrlich, a friend and the producer of Shatner's show "Better Late than Never," came to him about a year and a half ago and encouraged him to consider going into space.

"'You know, they are starting to send these rockets up with people into space. Wouldn't it be something if Captain Kirk went up there,'" Ehrlich said to Shatner.

"Jason, for God sakes, nobody cares about -- hum going up in - it was 55 years ago -- my God man -- um, hum, uh -- well maybe I should go up into space," Shatner recalled, detailing how he came around to wanting to go.

Shatner hoped he would be on the first Blue Origin flight, but "all of a sudden" Jeff Bezos and his brother were announced for the trip. "Then there was an old lady... and then there was a young lady," he said to a laughing audience.

"So finally they came to me on the second thing. They said 'all right, how would you like to go up. You'll be the oldest guy in space,'" Shatner recounted. "I don't want to be known as the oldest guy. I'm bloody Captain Kirk!"

Last week he went to Blue Origin launch site in Texas for two days to prepare for the flight.

"It's mind-numbingly endless," he said of the scenery. "You drive 100 miles and then you get to a little town called Van Horn, and then you turn left. And you drive another 50 miles."

He described the assurances given to him by Blue Origin staff as not entirely reassuring.

"The phrase that they use a lot was 'it's our best guess that...' Your best guess?" he told the crowd incredulously.

He then recounted initial problems with the Hubble Space Telescope and the events leading to the explosion of the 1986 Space Shuttle Challenger.

Shatner said past space travel disasters sometimes give him pause.

"We're human beings, we make mistakes," he said. "I'm thinking, I'm going up in a rocket and our best guess is it should be fine. So there is a little niggling fire of terror. I'm terrified. I'm Captain Kirk and I'm terrified!"

To the crowd's laughter he said the feeling is not constant.

He also talked about what he looked forward to seeing in space.

"Three minutes in the weightlessness of space, and the beauty of this oasis of Earth, and -- I was planning on pressing my nose against the window, you know, and my only hope was I wouldn't see somebody else looking back." Shatner said, referencing the classic 1963 Twilight Zone episode where he played a man who saw a creature on a the wing of a plane at 20,000 feet.

He added when his daughters were growing up they would have him recreate the scene every time they were on plane.

Shatner has not yet figured out what words he will utter when he reaches space, he said, but has been going over words that other people have used.

"What can I say that is different," he asked rhetorically. "I'll try and think of something to suggest how deeply I feel about the experience of looking into the limitless distance."

No need for him to be terrified - he's going where man has already gone before.

That was a tag line from a costume many years back.

Sanitation Engineer 4th Class of the Starship Enterprise...   He goes were every man has gone before.....

A 90 year old man under all those Gs? It will be pretty impressive if he doesn’t have a stroke.