The 2nd of 3 new chapters in the Michael Myers saga. These movies ignore anything outside of the original Halloween and Halloween 2.

And the Halloween night when Michael Myers returned isn't over yet. Minutes after Laurie Strode (Curtis), her daughter Karen (Judy Greer) and granddaughter Allyson (Andi Matichak) left masked monster Michael Myers caged and burning in Laurie's basement, Laurie is rushed to the hospital with life-threatening injuries, believing she finally killed her lifelong tormentor. But when Michael manages to free himself from Laurie's trap, his ritual bloodbath resumes. As Laurie fights her pain and prepares to defend herself against him, she inspires all of Haddonfield to rise up against their unstoppable monster. The Strode women join a group of other survivors of Michael's first rampage who decide to take matters into their own hands, forming a vigilante mob that sets out to hunt Michael down, once and for all.

In Theaters and Streaming Only on Peacock October 15

I'll be watching this on Peacock tomorrow after work.

Also for anyone interested Netflix's Movies That Made Us season 2's first episode is on the making of the original John Carpenter's Halloween.

I don't get the slash and hack movies. fire up a chain saw though and I get curious.

I like the couple of Halloween movies because they work on atmosphere and not on gross out gore.

The last one I watched she had a son.

That must have been Halloween H20 in 1998. Yeah, they've totally ignored that movie. Now she has a daughter and grand daughter.

Here's a movie review from the nerd site I go to -

But it also features some standout performances while delivering maybe the goriest Halloween movie to date,  which is saying something . 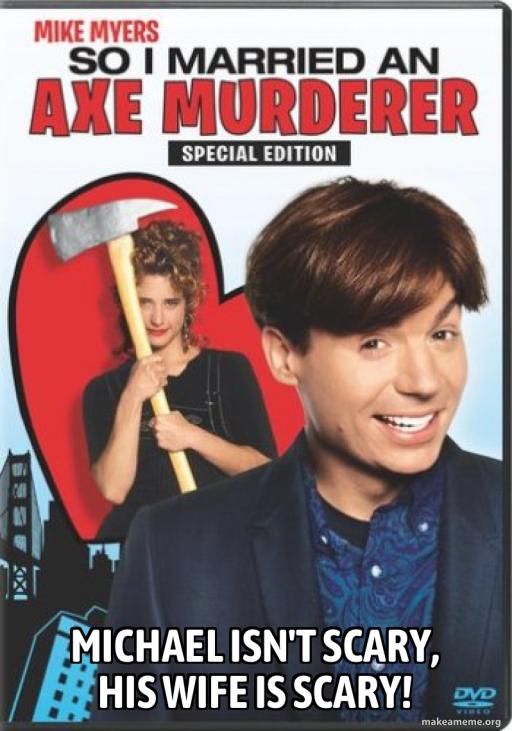