"There is no federal solution. This gets solved at the state level," Biden responded, before mentioning another Republican governor. "I'm looking at [New Hampshire] Gov. [Chris] Sununu on the board here. He talks about that a lot," Biden said. "And it ultimately gets down to where the rubber meets the road and that's where the patient is in need of help, or preventing the need for help."

Today is the last day of 2021 and I would have to say it was the worst year for America in my lifetime. It comes to an end with the president admitting, after failing so miserably on one of his few campaign promises - to shut down the covid pandemic in the US, that "there is no federal solution!" It's hard to believe that it was only about 13 months ago that the left wing media convinced so many that Donald Trump was responsible for the covid related deaths that occurred in 2020. We also just witnessed, as a kind of final act, the CDC shortening their recommended time of isolation for the public. Dr. Anthony Fauci, chief medical adviser to both Trump & Biden, told CNN Monday that the reason for the change is “that with the sheer volume of new cases that we are having and that we expect to continue with Omicron, one of the things we want to be careful of is that we don’t have so many people out.” Fauci added that “if you are asymptomatic and you are infected we want to get people back to jobs — particularly those with essential jobs to keep our society running smoothly.”   There is was - finally! It was obvious that the CDC was getting nervous about all the people not working and they finally admitted the truth - that it is not, nor has it ever been about the science.

It began with Time floating an article about how the elites were bragging about working together and finally getting rid of Donald Trump. One of our own, used an avatar of a glittering 2021 and Joe Biden, who campaigned as a moderate dedicated to unifying the country sat in front of a stack of Executive Orders which would undue various Trump policies.

One of the first to go would be border security. Then it was defeating energy independence and the cancellation of the Keystone XL Pipeline and a renewed commitment to the Paris Climate Accords, which restricts America while giving high-polluting countries such as China a pass. Biden would eventually set incredibly low goals for vaccine distribution, leading a completely confused vaccine messaging campaign at the federal level, and further polarizing the country over vaccines by consistently demonizing Republican governors who didn’t toe federal lines – even when Republican states were experiencing fewer COVID-19 deaths than states with Democratic governors with extreme restrictions and higher infection rates. Just when American jobs were beginning to be revived following the global pandemic, Biden has reinstituted regulations which make it harder to hire people and proposed an $8 trillion spending plan – including $1 trillion in non-infrastructure infrastructure projects and another $3.5 trillion in liberal pipedreams. Arguably his worst policy was that of open borders. Biden has allowed record numbers of people to illegally cross the border and stay in America during a global pandemic without any requirement that they be tested for COVID-19 or quarantined before going wherever they want.

One of the most iconic scenes from 2021 would be the way Biden left Afghanistan.

His decision to pull all our military forces out and surrender our most effective evacuation facility (Bagram Airfield) before safely evacuating American civilians and civil servants is a quintessential example of his complete incompetence. 12 Marines were needlessly killed and many Americans were left behind as well as $ Billions in US military equipment.
Biden immediately sought to rejoin the Iran nuclear deal, which will not stop Iran from eventually developing nuclear weapons. He had no objection to the Nord Stream 2 gas pipeline even as the EU tried to wean Europe off of Russian gas. As of right now clueless Joe is privately talking to Vladimir Putin, who requested a conversation on the Ukraine. Last but not least, let us not forget the supply chain crisis, which could be argued is the final curse of globalization. 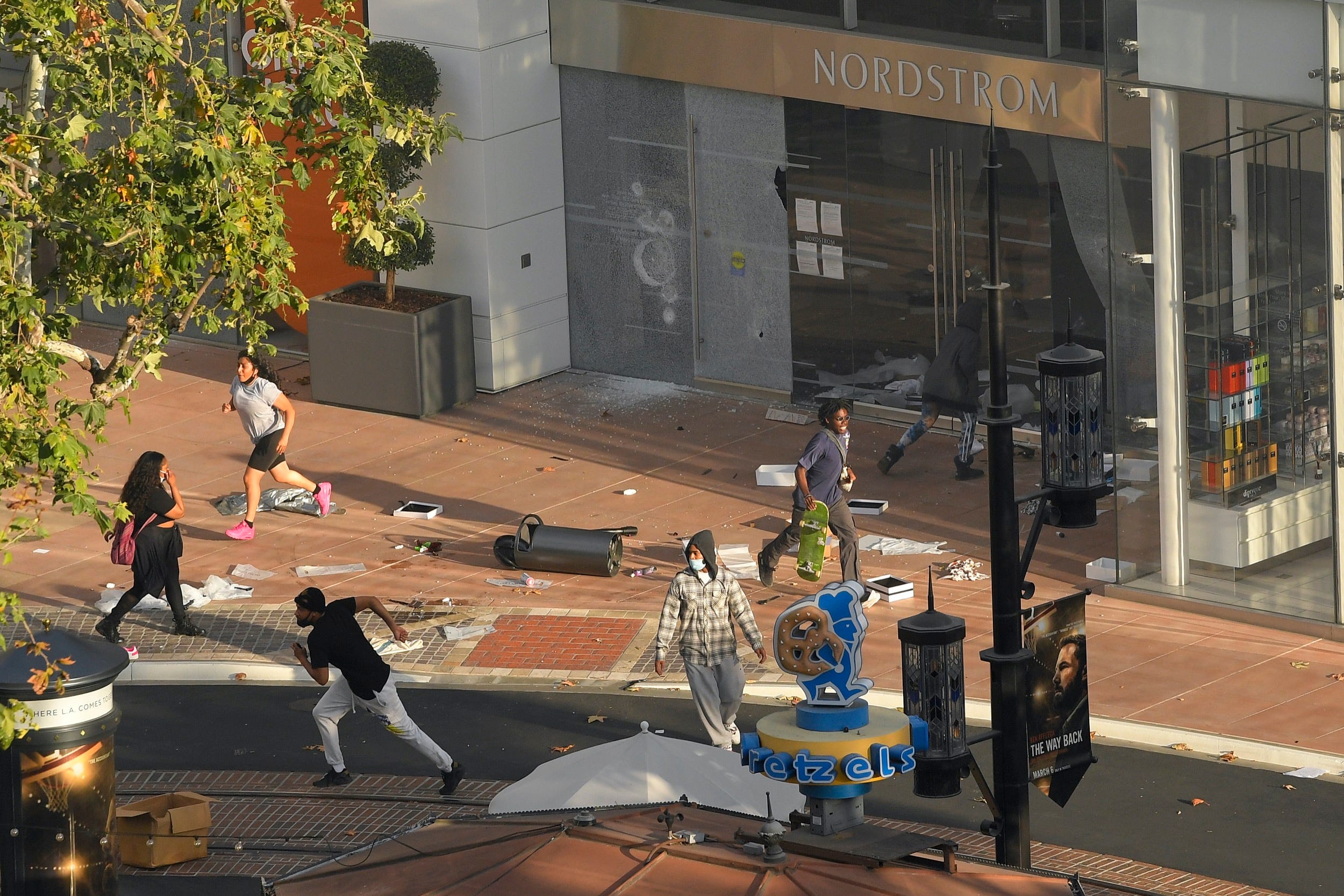 All of it a direct result of the American left's effort to rebuild the American justice system, which they believe is "systemically racist." After condoning violent riots, defunding police departments, and making it easier to release violent criminals, our radical Speaker of the House was struck dumb: “The fact is that there is an attitude of lawlessness in our country that springs from I don’t know where,” Pelosi said. She added, “We cannot have that lawlessness become the norm. … None of it is acceptable, and it has to be stopped.” And of course, nowhere has the rise in crime been more pronounced recently than in California, (Pelosi's home state & base) where a referendum (Proposition 47) declared theft totaling less than $950 to be a misdemeanor.

Federal Reserve regional bank presidents who gain votes in the new year on the central bank’s interest-rate-setting committee are likely to strongly support raising borrowing costs to try to combat high inflation. All of it a result of the insanity of $Trillion federal spending bills which have taken the country back to the mess that we once thought only a Jimmy Carter could cause. Of course, we were originally told that the inflation would be temporary. Nobody, including those who told us, believes that any more. Fed officials have already set the stage for a series of rate increases beginning next spring, completing another policy reversal.


On the bright side:

2021 was also the year of American parents standing up for their kids and taking on the progressive elites. It may be the beginning of the end for the left. Let us stand together.


On Tuesday afternoon Mr. Masad, who became a citizen in 2019, thought about the 10th anniversary of his arrival. He was so grateful for three things: a company, a family, a house. He and his wife and business partner, Haya Odeh, also from Jordan, started talking about America. At 3:56 p.m. ET, he posted a  Twitter thread .

“I landed in the United States 10 years ago with nothing but credit card debt. After one startup exit, one big tech job, and one unicorn, I genuinely believe that it wouldn’t have been possible anywhere else in the world. Here are 10 things that I love about this country:

“1. Work Ethic. First thing I noticed was that everyone regardless of occupation took pride in doing a bang-up job, even when no one looked. I asked people: ‘why do you pour everything into a job even when it is seemingly thankless?’ And it was like asking fish ‘what is water?’

“2. Lack of corruption. In the 10 years in the US, I’ve never been asked for a bribe, and that’s surprising. When you know that you predictably get to keep a sizeable portion of the value you create and that no one will arbitrarily stop you, it makes it easier to be ambitious.

“3. Win-win mindset. People don’t try to screw you on deals, they play the long game, and align incentives in such a way that everyone wins. This is especially apparent in Silicon Valley where you can’t underestimate anyone because one day you might be working for them.

“4. Rewarding talent. From sports to engineering, America is obsessed with properly rewarding talent. If you’re good, you’ll get recognized. The market for talent is dynamic—if you don’t feel valued today, you can find a better place tomorrow.

“5. Open to weirdos. Because you never know where the next tech, sports, or arts innovation will come from, America had to be open to weirdness. Weirdos thrive without being crushed. We employ people with the most interesting backgrounds—dropouts to artists—they’re awesome!

“6. Forgiveness. Weird and innovative people have to put themselves out there, and as part of that, they’re going to make mistakes in public. The culture here values authenticity, and if you’re authentic and open about your failures, you’ll get a second and a third chance.

“7. Basic infrastructure. Americans take care of their public spaces. Parks are clean, subways and busses run on time, and utilities & services just work. Because life can be livable for a time without income, it was possible for us to quit our jobs and bootstrap our business.

“8. Optimism. When you step foot in the US there is a palpable sense of optimism. People believe that tomorrow will be better than today. They don’t know where progress will come from, but that’s why they’re open to differences. When we started up even unbelievers encouraged us.

“9. Freedom. Clearly a cliche, but it’s totally true. None of the above works if you’re not free to explore & tinker, to build companies, and to move freely. I still find it amazing that if I respect the law and others, I can do whatever I want without being compelled/restricted.

“10. Access to capital. It’s a lot harder to innovate & try to change the world without capital. If you have a good idea & track record, then someone will be willing to bet on you. The respect for entrepreneurship in this country is inspiring. And it makes the whole thing tick.”

I was sent the thread by email and thought: Beautiful. So much on the list is what I see. Hardworking: In my town everyone from bicycle deliverymen to masters and mistresses of the universe work themselves like rented mules. And, somehow most moving, that we’re open to weirdos: We always have been; it’s in our DNA; it explains a lot of our politics and culture; it’s good that it continues. “This Is Us.”

11 months until the midterm elections.

"Wishing all my true friends and allies peace, love, strength, and renewed faith in 2022 that good will prevail over evil.. ....Michelle Malkin 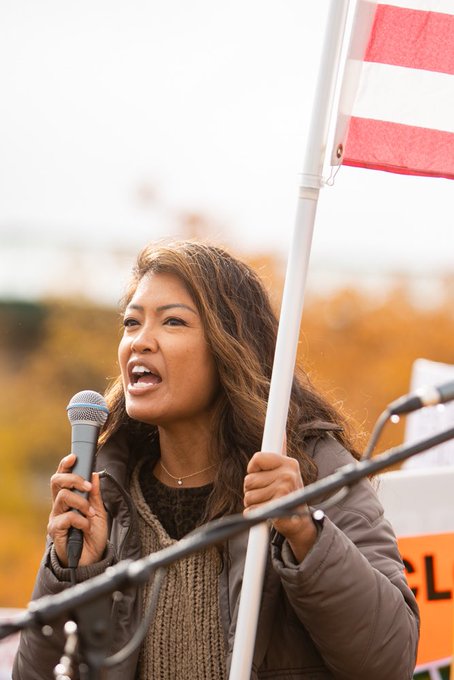 Today is the last day of 2021 and I would have to say it was the worst year for America in my lifetime.

I agree. May 2022 bring all of us good health and happiness. 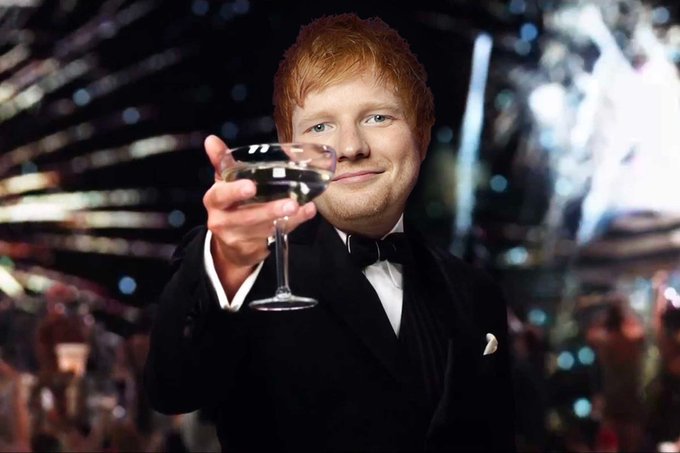 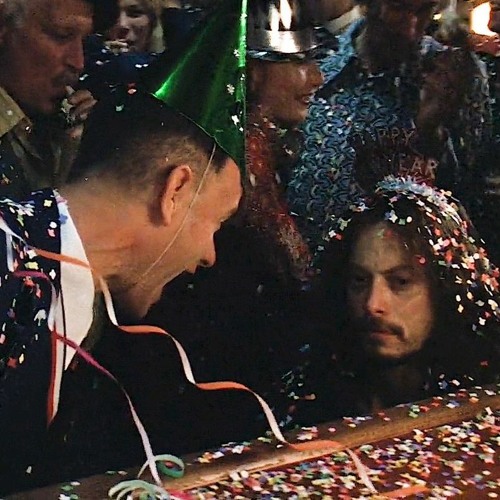 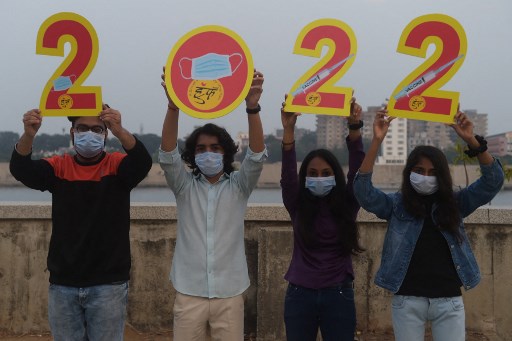 I'm assuming this was posted in Staten Island:

It’s a good reminder that no matter how incompetent our current leadership is, our country has a deep reservoir of cultural capital that keeps the country afloat during times of stress and crisis,

the real danger to our country are the movements that seeks to undercut that cultural capital, such as crt inspired educational regimes.

I can’t believe we read the same article.  The one I read was full of bullshit and myopia.

Sometimes all that's in the head of the beholder.

Why burn books when you can simply ban them?

Portrait of a man defeated:

And then there is this:


A teacher in New York ha been arrested for allegedly illegally administering what investigators believe was a COVID vaccine to a 17-year-old boy.

Laura Russo, 54, of Sea Cliff, Long Island, allegedly gave the vaccine Friday in her home without the permission of the boy's parents. After the boy returned home, the mother called the police and Russo was arrested shortly thereafter.

Russo, who taught science at Herricks High School, according to a bio on the school's website (though the page is no-longer-active), is not a a medical professional or authorized to administer vaccines.

The school's superintendent said Tuesday that "the individual in question is a district employee who has been removed from the classroom and reassigned pending the outcome of the investigation," adding that the issue is "non-school related."

Russo is due to return to court on Jan. 21. She has been charged with the unauthorized practice of a profession. It is unclear how she obtained an injectable dose of the COVID-19 vaccine.