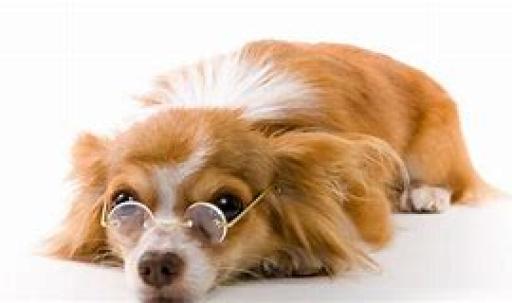 Restoring A Political System That Appears To Be Irrevocably Broken: How We Got Here And Some Ideas About Moving Forward

DocPhil » Blog » Futurism » Restoring A Political System That Appears To Be Irrevocably Broken: How We Got Here And Some Ideas About Moving Forward

To understand the problem, we have to look deep inside ourselves. How did a plurality of Americans vote willingly for a man who ran for the presidency without a single credential that would qualify him for the office? How did our nation become so bifurcated and how do we return to being ONE nation in the truest sense of the word

This too will pass. At least, most of us who have followed the inconsistencies and foibles of American politics still believe that the best instincts of the American voter will eventually win out over the greed, narcissism, and cowardice of those we have temporarily placed in charge of our nation. The problem is that we have elected those people who are absolute toadies and loyalists to a rogue President. Thus they become the problem because their very survival rests with convincing the American people that they are working in the people’s interest, while they actively advocate positions that they don’t believe in and kowtow to a leader whose malignant narcissism and transactional Presidency is designed to harm the majority of Americans.

To understand the problem, we have to look deep inside ourselves. How did a plurality of Americans vote willingly for a man who ran for the presidency without a single credential that would qualify him for the office? How did our nation become so bifurcated and how do we return to being ONE nation in the truest sense of the word. There are many factors here, but a few of them stand out:

So what is the solution to the problems we face? The answer, as always isn’t crystal clear or easy to define. Part of the reason for that is that we have begun to see flaws in our entire electoral and oversight process that the founders could not have predicted. They saw the possibility of a rogue president or a rogue sector of Congress, but not of both.They believed that checks and balances would solve most of our problems. That is no longer true. We need to do something.

What follows are some suggestions. Not all are possible, nor are all excellent ideas, but they should all be up for discussion. Therefore, without comment, are some of the ways we might go about bringing a sense of normalcy back to our governance.

Not one of these recommendations would affect the current President. That fate will be decided by the voters in November. We do, however, need to get back to the concept of citizen legislators that the founding fathers so earnestly desired. Our electoral system has to be updated to meet the needs of the 21st century.We must get back to legislators being in D.C. or state houses in order to meet the needs of the people they serve, rather than becomng cash cows for lobbyists and worried only about the next election cycle

I realize that this is a very long blog, but hopefully it has enough meat in it to get a lively discussion going. 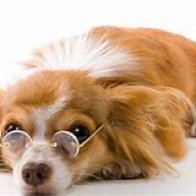 Sorry for the numeration errors......I don't know why they all came up ones. The flower is up there only because I love the color.

Well...Obama was elected twice, his only apparent qualification being that he was a well spoken black dude. You know damn well why Trump was elected, and it wasn't because the electorate is stupid, brainwashed, uneducated, or willingly ignorant. As bad as some seem to think Trump is, Hillary would have been far worse for our country. Since Trump was elected, the only thing the foolish Dems have done is try to get rid of him, rather than give the people positive reasons to vote for them. And now again, the left can't seem to get its act together and is parading a bunch of loser candidates for president, that have no hope of beating Trump.

What the dopey Dems need to do is quit obsessing about Trump and seek common ground for all the issues and problems that the American people have to deal with. Why on earth would any thinking and intelligent person vote for Democrats after all the lies and broken promises over the years. Your side is the problem Larry, and it's up to you and the rest of the left to fix it, or forever stay on the sidelines. Your comment is just another rehash of the same old, tired, and worn out bullets points that appear on this forum with dreary regularity.

Thanks to an abundance of unforced errors, the Democrats are unlikely to beat Trump next November and are very likely to lose control of the House. Then what will they do?

These “how did Trump happen” pieces are always pretty amusing. Because they are almost invariably written by liberals who supported the Clintons, and had no problems voting for a inveterate liar who was credibly accused of sexually harassing women because he had a D after their name. And then, when the habitual liar perjured himself and obstructed  justice in office, they had no problem excusing his felonious behavior, because he  was on their side.

But somehow they look at Trump and say “How could Americans could vote for a liar accused of harassing women?” It would be comical if it wasn’t scary.  Maybe it’s because Americans tend to be such live in the moment people obsessed with the now, that they so easily ignore how events have repercussions that last decades, and change institutions for generations.

A President Trump was impossible before Clinton. But once it became publicly acceptable for the President to be a dishonest scoundrel, then Trump became possible.  The President is just a guy who you with agree with on issues. Democrats got their wish, character is now irrelevant.

Believing Trump got his playbook from Nazi Germany just shows an amazing lack of self awareness. Trump follows the Clinton model on scandal management to a “t.”  First you deny. And Deny some more.. When the lie gets exposed, keep denying and then say “ who cares if it’s true”.  Then blame a “vast conspiracy” of enemies for focusing on the lie.  Finally, claim it’s time to move on and do things for the people.  The important thing is to always deny wrongdoing and when caught, blame the investigators   If you can’t see that Trump is merely echoing Clinton’s strategy, you either forgot the 1990s or you are blinded by partisanship.

Frankly, I think most of your solutions would make things worse. Impeachment should be impossible without a bipartisan consensus.   Lowering the bar would simply make impeachments more commonplace.

I really have no idea what putting term limits on Judges would accomplish other than making the judiciary even more partisan. Knowing their time on the bench is limited would simply incentivize judges to make their marks in a hurry and create even more instability in the law, as judges constantly turn over and implement their preferences.  Plus, the Senate would literally do nothing but confirm judges, with that sort of turnover. And what would happen ot the benches when the Senate and Presidency are controlled by opposite parties? We wouldn’t have enough judges confirmed to have a functioning judiciary.

There’s really nothing wrong with set up. We get the government we deserve. And tinkering with term limits isn’t going to change the caliber of people elected.

Presidential primaries should be compressed into a much shorter period of time. Having four regional primaries {north, east, south, and west} should provide a more realistic vision d set of choices for the voters.

Personally, I believe "Presidential PRIMARIES" are the function and responsibility of the PARTY proposing a specific candidate for the position and should be FUNDED by that party.  It can have paid oversight by the various states, but they should be compensated for their time by the party.

Many in congress are already advocating for just that.  I would suggest eight years of Representatives (4 election cycles) and twelve years for Senators (2 election cycles)

No judge should have a lifetime appointment. Ten years for lower court justices and 15 years for Supreme Court Justices would appear to be a good jumping off place for discussion.

Personally, I prefer the lifetime appointments as it effectively eliminates the vagaries of politics from the future.   While imperfect, it insulates the jurist from political pressure being exerted by a politician.

Impeachment should be consistent. A simple majority in the House and 2/3 in the Senate makes it both too simple and too complex to remove a President. It would appear to be a fairer test if the threshhold would be 60% in both chambers.

It is impossible to fairly serve as both judge and jury. Either the Chief Justice of the Supreme Court take on all the roles of the judge in an impeachment trial or there should be a requirement that the Senate must reach the 60% threshhold to override the Chief Justice’s opinion.

Since it is the Vice President that is the 'President of the Senate', the Chief Justice only sits in that position during Impeachment for that very reason.  S/He is NOT serving as "judge and jury", but is simply presiding to essentially ensure the rules are adhered to.  As it takes a 60 vote majority vote of the Senators, to remove a President, there is never a time when the "President of the Senate" would be required to cast a tie breaking vote.

Separate the Presidential and Vice-Presidential elections. This could further enforce the separation of powers in government. The Vice-President has a single Constitutional task. That is to be the tie-breaking vote in the Senate. We should be giving that role the dignity it deserves and not make it an afterthought in the electoral process.

I disagree.   Most people, while they vote for the President, many look at the totality of the ticket to make that final decision.  And invariably, the VP selection will be the President in any situation where the President is eliminated form office for or by whatever reason, and the people feel secure in the knowledge that the ideals they originally voted for will be maintained.

Finally, the Electoral College should be recognized as the historical artifact that it is. We elect every other national representative by popular vote. Every office requires direct election, not weighted elections. The Presidency, the most important of representative elections should be decided on a one man, one vote system.

I could not disagree more.  The electoral college was designed to ensure there was equality among the states.   While it is often said "We the people", one needs to remember that it is not the United People of America, it is the United States of America.  The less populated states have as much right in determining the future of the country as the more populated coastal states.

Actually the electoral college was put into effect to place more electoral power into the southern states. There was the infamous 3/5 rule put into the computation of the electoral college to give the states that held slaves more sway in presidential elections. The electoral college actually violates the one "man" one vote system that was the most progressive part of the American experiment. It is antiquated and unnecessary. Your vote should count equally if you live in Wyoming or California. With the way that the electoral college works today {with only two exceptions} votes are diluted in large states and concentrated in small ones. The concept of equality should move up and down our electoral system..