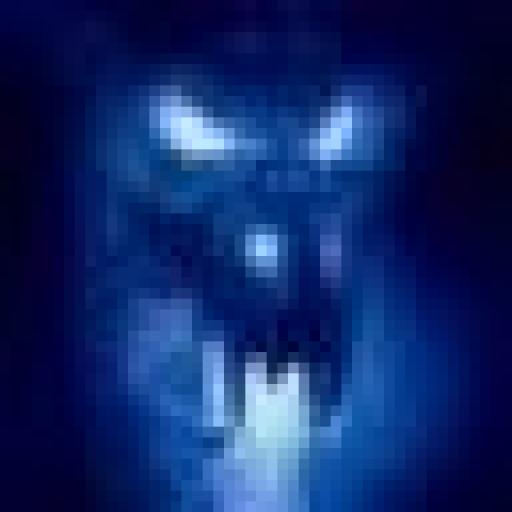 Via: Drakkonis  •  19 comments  •  3 days ago
Quantum science is beyond strange. I'm not sure how to think about it, let alone what to think about it. Not much wonder in why Einstein hated the idea.
Jan 24 6:04pm @5.1.1 "..." That's an understatement for sure. It's difficult to even come up with a place to begin thinking about the implications. Makes one wonder if "quantum reality" isn't an oxymoron.
Jan 24 2:32am @4.1.1 The atom pictured above does look suspiciously like a golf ball, doesn't it?
Jan 24 1:06am @4 Something that bothers me about the notion that observation creates what we observe. If that is so, what about the dust speck that just impacted on the ISS? Unlikely that anyone was observing it.
Jan 24 12:37am @2.1.2 "..." Not quite the way I look at it, speaking for myself. For me, it is appreciation of God's works. Something to marvel about and praise Him for. It's why I like science. Who doesn't like to be...
Jan 23 11:53pm @1.1 Some interesting quotes from notable people on the subject.  https://www.azquotes.com/quotes/topics/quantum-physics.html
Jan 23 11:36pm @1 This makes my head hurt : )

Via: Larry Hampton  •  39 comments  •  6 days ago
Jan 21 7:57pm @6.1.6 "..." It isn't as simple as that. When you speak about the "church" you have to take into account that, considering the time period, we aren't necessarily talking about Christianity. In some ways...
Jan 19 11:18pm @5 I can't say that Christian Nationalism is the problem the author of these articles presents it to be but  I can't say that it is not, either. I can say that I cannot remember attending any church...

In defense of Christian nationalism

Via: Donald J. Trump fan 1  •  25 comments  •  one week ago
America was founded by a Christian people who created a secular government based on Christian principles and a belief in a creator God who authored our human rights.
Jan 19 11:28pm @6 HA, I think you should reconsider about Christian Nationalism. Jesus did not task us with creating political structures. He tasked us with bringing the Good News to everyone. Christian Nationalism...

Via: KDMichigan  •  166 comments  •  2 weeks ago
Former New York City Mayor Michael Bloomberg balked at fellow 2020 candidate and Sen. Bernie Sanders' suggestion that President Trump carried out an "assassination" when he ordered a lethal strike on Iranian Gen. Qassem Soleimani. When asked about the descriptor, Bloomberg said: "If he was talking about killing the general ... this is a guy who had an awful amount of American blood on his...
Jan 07 12:20am @4.3.11 So, I'm having a hard time trying to see where I mischaracterized your position. Seems what I said captured your objection perfectly. I think what you're upset about is my position concerning what...
Jan 06 3:36pm @4.3.8 "..." Um, yeah. Okay, then, what did you mean by stating that we aren't at war with Iran? What I'm getting from you is that because we aren't in an officially declared war with Iran we...
Jan 05 8:02pm @4.3.2 "..." That's a technicality. Fact is that this guy is responsible for the deaths of thousands beyond the hundreds of US deaths. He was doing that without a (official) declaration of war. Why...
Jan 05 6:54pm @4.3 "..." Don't think I can agree with you on this. Soleimani was a soldier engaged in hostilities against the US and our allies. If you consider this an assassination then you must feel shooting...

Whatever happens with Iran, I’m confident Donald Trump can get us through it

Via: JohnRussell  •  10 comments  •  3 weeks ago
WASHINGTON POST › Whatever happens with Iran, I’m confident Donald Trump can get us through it JANUARY 03, 2020 (Andrew Harnik/AP) Don’t worry! You or I may not know what the fallout will be  from the drone strike  that killed Iranian general  Qasem Soleimani . We may be a little unnerved by Iran’s vows of revenge. We may, naively, fear for the...
Jan 04 12:38am @3.2 Neville Chamberlain?

Via: JohnRussell  •  21 comments  •  3 weeks ago
Trump's perilous delusions about Tehran David   Faris The United States   brazenly assassinated   Iran's most senior security and intelligence official, Qassem Soleimani, in Baghdad on Thursday, in a dangerous and wildly illegal act of...
Jan 03 8:56pm @3.2.6 "..." I don't understand your point of view. It is as if you can't see that, because of Iran's actions, there has already been tremendous loss of life. Is that supposed to be ignored? How long to...
Jan 03 7:01pm @3.2.2 "..." The Quds have been on the terrorist list since 2007, of which Soleimani was the head. Are you suggesting that the Quds were put on the terrorist list so that, 12 years later, Trump could...

Via: Donald J. Trump fan 1  •  115 comments  •  3 weeks ago
All thanks to our President for being involved in and approving this attack against top Iranian terrorist leadership.  The man responsible for the killing of hundreds of Americans is now dead.
Jan 03 10:53am @6.6 "..." I was in Iraq. Can't speak for those there now, but I can tell you I feel pretty good about what President Trump did. If I were there now I'd feel pretty encouraged that the guy who had...
Review Consent
Scroll