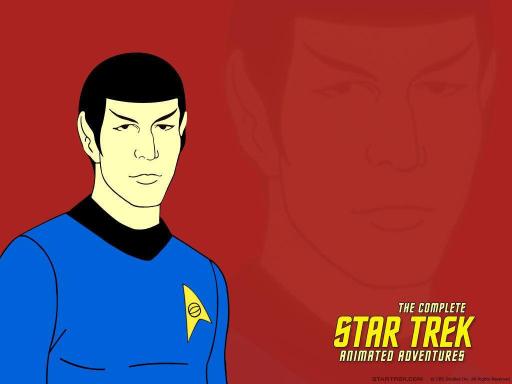 What Is Your Favourite Quotation?

By: Buzz of the Orient  •  117 comments  •  15 minutes ago
What is Your Favourite Quotation? This is probably a good time to share the messages that can bring hope, joy or inspiration — a line from a book, a short verse of poetry, words from a speech or song lyrics you love. You can never know who might find comfort in those words, as well as you.. It's hard for me to choose, there are so many that I cannot break the tie. "Don't...
Jan 25 1:21pm @55 “We must question the story logic of having an all-knowing all-powerful God, who creates faulty Humans, and then blames them for his own mistakes.” ― Gene Roddenberry

Via: Vic Eldred  •  203 comments  •  3 days ago  •  LOCKED
Today the U.S. Supreme Court hears a case that could determine whether parents and taxpayers have any choices about the kind of religion American children are taught with taxpayer funds.   Espinoza v. Montana Department of Revenue  concerns whether private donations may support schools that make their religious beliefs explicit. It could also undo a century of U.S. court and legislative...
Jan 24 2:19pm @9.1.49 Religion certainly isn't relevant to my life. Not at all. So saying its relevant is not entirely accurate and is also a matter of personal preference. But it's not a school's purpose to say...
Jan 24 1:31pm @1.2.2 It is a good Clause.
Jan 24 12:27pm @1.2 How is atheism favored exactly?  Public schools are supposed to be secular, per the separation of church and state. If one wants religion with their school, there are religious based schools.

Via: Tessylo  •  196 comments  •  yesterday
U.S. Supreme Court Poised to Overturn 38 State Constitutional Amendments on Church-State Separation Jay Michaelson The Daily Beast January 22, 2020, 2:03 PM EST Robert Alexander/Getty Religious conservatives asked the Supreme Court Wednesday to overturn 38 state constitutional amendments and require taxpayers to...
Jan 24 8:05am @8.3.10 That's fine by me too. If someone wants lots of kids, they pay for them.
Jan 23 11:05am @1.1.18 You're free to send your kids to public schools, just like everyone else. Taxes fund that. But they shouldn't be used to fund private, especially religious private schools. If you have an issue...
Jan 23 10:33am @1.1.12 Spare me the obvious attempt at an appeal to emotion. Kids can go to public schools. Parents can pay for private. It's as simple as that.
Jan 23 10:30am @3.1 There's no one less qualified for Sec. Of Edu than DeVos.
Jan 23 10:26am @1.1.10 I certainly do not want to fund private schools, much less religious schools. If people want to sendo their kids to private schools, they should foot the bill!

Via: Donald J. Trump fan 1  •  177 comments  •  5 days ago
This communist socialist book is a complete perversion of American history.  It has zero value and no good points to make.  Pure propaganda.
Jan 20 1:48am @5.3.17 Yes,  although, some might not see a difference.
Jan 20 1:37am @5.3.15 To be fair SP, God never condemned nor prohibited slavery. Just the opposite. So I suppose one could say slavery was allowed because God was OK with it. Not that that was the reason it was allowed....

In defense of Christian nationalism

Via: Donald J. Trump fan 1  •  25 comments  •  one week ago
America was founded by a Christian people who created a secular government based on Christian principles and a belief in a creator God who authored our human rights.
Jan 19 8:24pm @5.1.1 "..." Morality is subjective.
Jan 19 4:25pm @4.1.1 And someone else didn't read the writings of James Madison, Thomas Jefferson, or John Adams, not to mention relevant SCOUTS decisions in that regard.
Jan 19 4:20pm @2.2 More like christain dominionism.
Jan 19 4:19pm @1.1.2 Demonstrably false. You wont find that idea or notion anywhere in the Constitution. Just the opposite really. I defy you to prove otherwise!

3 words will help you conquer fear in this election year

Does Consciousness Pervade the Universe?

And Then There Were None: Shutting Down the Abortion Industry Person by Person

The Church Of MAGA

Tucker Carlson: Now is the time to pull out of Iraq for good

Via: Krishna  •  31 comments  •  3 weeks ago
Tucker Carlson said it is time for the U.S. to remove itself from Middle Eastern affairs after years of war in   Iraq   and the surrounding region. The "Tucker Carlson Tonight" host said Wednesday that President Trump had the right idea in 2007, when the future president said during an interview with CNN's Wolf Blitzer that there is no way to successfully democratize Iraq. "So...
Jan 09 3:15pm @3.3 Absolutely we should leave. We never should have gone to Iraq in the 1st place. Remaining there is a waste of time, money, resources, and American troops lives.

Via: Krishna  •  12 comments  •  2 weeks ago
We want our families to have as many advantages as we can give them, including making sure our kids have access to the best schools available. Education is an important key for success, with college graduates earning more money over a lifetime than their non-degreed counterparts and having a lower overall risk of unemployment. But according to a new study by Wallethub, when it...
Jan 06 5:53pm @1.1 Somehow, I'm not surprised in the least that the southern states ranked the lowest. Although, I didn't expect Virginia to rank as high as it did.

YES, VIRGINIA, THERE ARE SUCH THINGS AS ANGELS

Via: Donald J. Trump fan 1  •  203 comments  •  3 weeks ago
Christmas is a great time of the year.  We recognize that yes, there is a God.  Yes, there is a Jesus, and that yes, angels are real.  We see ourselves as sinners needing a savior and we see Jesus through his virgin birth, sinless life, death, and resurrection as the sole source of salvation and approaching God.  Christmas and Easter are two days we can show appreciation and Thanksgiving for...
Jan 05 1:10pm @3.3.72 "..." Uh, you replied to me. And this is a public discussion forum. "..." Sound like you're the one being closed minded to challenge and scrutiny then. Ironic how you infer I'm closed minded...
Jan 05 12:34am @3.3.68 I guess you didn't bother reading, much less comprehending, my previous post.
Jan 04 10:15pm @3.3.65 Does the term "confirmation bias" mean anything to you? What is the objective, empirical evidence for god? Or that Jesus was resurrected? Or angels/demons? Or that some of the events/claims in the...
Jan 04 5:03pm @3.3.63 "..." Skepticism can be a good thing, especially when baseless claims are made. And logic is even better, as it keeps information and discussions rational and based more on critical thinking...
Jan 01 4:59pm @3.3.60 "..." Thank you "..." Try taking a shower then. "..." You say that but fail to prove it. "..." I wouldn't go that far. But keep patting yourself on the back if it makes you feel...

By: Freefaller  •  7 comments  •  4 weeks ago
A 28-year-old man in China has been ordered to pay the equivalent of over US$17,000 in damages to an airline after he tossed some coins into a plane’s engine for good luck last year. .Lu Chao was arrested after boarding a Lucky Air flight in Anqing, in the Anhui province, after the airline’s crew found two one-yuan coins on the ground near the plane’s engine. Lu later admitted he had...
Jan 02 8:41pm @1.1 "..." Like all superstitions.

Thank You Democrats for the Best Christmas Ever!

Via: Donald J. Trump fan 1  •  150 comments  •  3 weeks ago
Thank you democrats for all you gave us Americans for CHRISTmas 🎄. We appreciate all they have shown us about their frauds and hoaxes. We are as a result going to re elect our President.
Jan 02 6:49pm @3.2.22 "..." A paranoid delusion and sweeping generalization all in one.

Wake up, Republicans. Your party stands for all the wrong things now.

Via: JohnRussell  •  89 comments  •  4 weeks ago  •  LOCKED
He bet that Republican voters didn’t really care about free trade or mutual security, or about the environment or Europe, much less deficits. He rebranded kindness and compassion as “PC” and elevated division and bigotry as the admirable goals of just being politically incorrect. Trump didn’t make Americans more racist; he just normalized the resentments that were simmering in many...
Jan 02 10:50am @3.1.17 "..." In other words, Republicans should establish a pseudo theocracy. Got it. "..." To what end? What if your "free exercise" conflicts with the law or Constitution? "..." *Sigh* Another...
Review Consent
Scroll