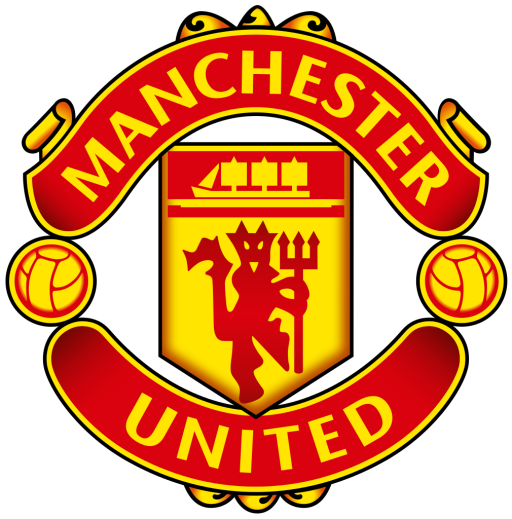 Yes, Democrats Have Been Itching to Impeach From the Start

Via: JohnRussell  •  53 comments  •  5 months ago
When historians ask themselves why Democrats impeached President Donald Trump, they can parse the two articles of impeachment for part of the story: "abuse of power" and "obstruction of justice." Yet Republicans insist that something deeper is going on. They insist that Democrats have wanted to oust Trump from the White House ever since he was elected. They're not wrong. Trump is seen...
Dec 21 12:35pm @3.1.8 "..." I know, right?  It's remarkable.

The Problem of Evil - By Enoch

By: Enoch  •  150 comments  •  5 months ago
The problem of evil is one of the most difficult of all challenges with which theologians and theological philosophers grapple. Briefly, the sticking point appears to be formulated as follows;        G-d is all powerful.        G-d is all caring. There is unnecessary evil in the world. It causes suffering and harm. Why does not G-d use His powers to eliminate evil from occurring?...
Dec 21 12:30pm @10 Wise words, rabbouni.

Something Missing From Trump Impeachment Defense

By: JohnRussell  •  341 comments  •  5 months ago
Like many Americans, I am following the impeachment proceedings today, as the House votes to put him on trial in the Senate, and have seen some of it over the past few weeks.  A number of Democrats have risen today and previously to say that President* Trump tried to cheat the 2020 election  (but got caught).  Thinking about all this rhetoric ,today and previously, something struck...
Dec 18 5:53pm @6.1.19 "..." You are not wrong.  No matter how that comes out, 30% of America is going to scream about needing to change the Court, 30% will celebrate them "finally doing the right thing" (aka "agreeing...
Dec 18 5:03pm @6.1.14 "..." Yeah, I think so. "..." There is an element of "not dignifying something with a response", but avoiding perjury would certainly be a motivator.  You have to think the WH legal team is...
Dec 18 3:39pm @6.1.5 "..." He was impeached for witness tampering.  Hearing from those people would have been informative.
Dec 18 2:31pm @4.1 "..." People don't generally feel the need to ask questions everyone already knows the answer to.  Of course he is.

“Give us a king to lead us!” And they got Trump.

By: JohnRussell  •  247 comments  •  6 months ago
The House Judiciary Committee officially voted to report two articles of impeachment to the full House for a final vote next week.  Trump is accused of Abuse Of Power and Obstruction Of Congress.  The full House is expected to vote next week and then the impeachment charges will be sent to the Senate for a trial shortly after New Years.  Previously, 500 of the nations law professors and...
Dec 17 7:16pm @6.2.78 "..." That's a great question.

Via: JohnRussell  •  78 comments  •  6 months ago
Fox News poll released Sunday morning found a majority of Americans, 54 percent, said President Donald Trump should be impeached, a vote the House is likely to pass this coming week. The latest Fox News   poll conducted   last week found a majority of U.S. adults of all political affiliations say Trump abused his power in office, with 50 percent of Americans saying he should be impeached...
Dec 16 4:24pm @2.2.17 "..." Are you talking about Trump supporters or haters? "..." Again....this describes both sets of partisans. The only thing you've omitted is the inability of each set to see the behaviors...
Dec 16 4:19pm @2.1.7 "..." One would think that to be the case. But then one would be underestimating the hubris of entitled white liberals, which seems to be limitless.

Socialist Jeremy Corbyn to step down as leader of Labour Party after projected defeat in U.K. election

Via: The People's Fish, Still "Hand Of The Queen"  •  31 comments  •  6 months ago
U.S.—A new study found that most people would rather be annihilated by a giant tidal wave caused by climate change than continue to be lectured by climate change activists. Study participants were given the option of having the earth flooded by massive tidal waves or listening to virtue-signaling, smarmy lectures by environmentalists for the next decade. Over 87% of respondents selected,...
Dec 14 2:18pm @1.1.2 "..." Beat me to it.

Via: JohnRussell  •  47 comments  •  6 months ago
Here is the video in question, in which a various few Trump supporters threaten violence if Trump is removed from office.
Dec 13 11:47am @2.3.8 "..." I sorta feel that way about Elizabeth Warren supporters.  It's probably not entirely fair, but it certainly seems to be a theme with them.

Via: KDMichigan  •  32 comments  •  6 months ago  •  LOCKED
She’s not running for president — yet — but Hillary Clinton was the top choice for Democratic voters in the Harvard-Harris national poll released last week. Mrs. Clinton drew 21%, followed by former Vice President Joseph R. Biden with 20%, when registered Democrats were asked whom they would support for the 2020 party presidential nod if she and former Secretary of State John Kerry were added...
Dec 12 7:13pm @3.2 "..." I know, right?

By: Vic Eldred  •  159 comments  •  6 months ago  •  LOCKED
Don't be surprised by the possible accusations as the House holds a key hearing Monday. The House Judiciary Committee report released Saturday hints throughout that President Trump might have committed treason against the United States. The report outlines the dems case against the President. Thus far every attempt to take down this President has failed and now they shoot wildly, making...
Dec 09 4:17pm @1.2.9 "..." Only if I can ask you one in return. "..." As we've discussed repeatedly, I don't support Trump.  I voted against the Yankee Asshole. I oppose idiotic fuckwittery.  I oppose brainless...
Dec 09 2:10pm @1.2.7 "..." Sure they do. Treason: noun.   The crime of saying mean things on Twitter, especially when those things offend very angry, emotional leftists.
Dec 09 2:07pm @1.1.7 "..." Sounds quite a bit like the impeachment proceedings.  Molehill turned into a mountain.

U.S. Payroll Gain of 266,000 Trounces Forecasts as Wages Heat Up

Via: The People's Fish, Still "Hand Of The Queen"  •  90 comments  •  6 months ago
Unemployment rate falls to 3.5%, matching half-century low Automaker payrolls rebound by 41,300 after GM strike ends              U.S. job gains roared back in November as unemployment matched a half-century low and wages topped estimates, giving the Federal Reserve more reason to hold interest rates steady after three straight cuts. Payrolls jumped 266,000,...
Dec 06 11:33pm @1.2.4 "..." Which means they were excluded from the previous number, artificially depressing it...which I'm sure did not stop you from pronouncing doom and gloom and Trumpmageddon. Even without those...
Dec 06 11:27pm @1.3 "..." Gridlock. Is.  Good.

Via: Vic Eldred  •  96 comments  •  6 months ago  •  LOCKED
The most dangerous place for an academic is often between the House and the impeachment of an American president. I knew that going into the first hearing of the House Judiciary Committee on the impeachment of  Donald Trump . After all, Alexander Hamilton that impeachment would often occur in an environment of “agitated passions.” Yet I remained a tad naive in hoping that an academic...
Dec 06 11:25pm @2.1.6 "..." By raving batshit lunatic idiot leftists who have to cross the street to avoid getting near Trump hotels and who demand an apology when somebody calls them "well-spoken".

MSNBC’s John Heilemann: ‘I Guarantee’ Trump Will Get Another Country to Interfere in 2020 If He’s Not Impeached

Via: JohnRussell  •  34 comments  •  6 months ago
MSNBC contributor   John Heilemann   said he believes that President   Donald Trump   will try to get another country to interfere in the 2020 election if he is acquitted in impeachment. “Republicans have been willing to look the other way as it was demonstrated in the obstruction of justice and the not criminal collusion but the collusion that was demonstrated in the Mueller report. …...
Dec 06 7:52pm @3 "..." MSNBC contributor bashes Trump. *yawn*   It's getting to the point where I wouldn't be surprised if they accused him of eating babies.  And being a vampire.

Pelosi calls for articles of impeachment against Trump: 'No choice but to act'

Via: Vic Eldred  •  208 comments  •  6 months ago  •  LOCKED
House Speaker   Nancy Pelosi  announced Thursday that Democrats will proceed with articles of   impeachment  against President Trump, declaring that the president's conduct "leaves us no choice but to act." The announcement comes after a   heated House Judiciary Committee hearing Wednesday   featuring four law professors -- most of them Democrat-invited witnesses who presented...
Dec 06 3:26pm @1.1.27 "..." For me, it would depend on the Dem.  I think my tolerance for bad behavior is moderately inversely correlated with how much the person in question is actively screwing up my life. "..."...
Dec 06 3:07pm @1.1.26 "..." They would have demanded impeachment.  "The call" didn't happen until this past summer, so I'm not so sure about timing.
Dec 05 3:39pm @6.2.47 "..." It kinda is a big deal if she's going to be paraded in as an "expert" on the impeachment.  The fact is that whether or not she read the evidence is completely immaterial to her.  She was...

Artist sells banana duct-taped to wall for $120,000 at Art Basel in Miami Beach

Your Glorified Ignorance Wasn't Cool Then, And Your Scientific Illiteracy Isn't Cool Now

By: JohnRussell  •  164 comments  •  6 months ago
Elizabeth Warren finds a way to appeal to enough Democratic moderates and she wins the Democratic nomination for president.  Donald Trump manages to stay out of jail and survives impeachment. They meet for the 2020 US presidential election.  There are no other realistic choices.   Which one are you voting for? This question involves ONLY these two possibilities, Trump or Warren.
Dec 05 3:17pm @1.3.11 "..." OK...I actually support a big tax on sodas and junk food. We spend $400billion/yr in healthcare specifically to treat obesity.  The fat people who are self inflicting their condition can...
Dec 05 2:06pm @1.3.6 "..." I respect that. I don't think he would be able to get much done on that front, though.
Dec 04 6:44pm @13.2.12 "..." See....you understand the phrase "orders of magnitude". Bernie supporters do not.  They sorta heard that magnitude has to do with earthquakes.  Maybe.
Dec 04 3:57pm @13.2.6 "..." The idea that M4A fixes that is utter and complete lunacy. It's like saying "Ohio State wears red jerseys, if WE wear red jerseys we'll be as good as they are". "..." Nearly 1/3 of...
Dec 03 9:46am @13.2.4 "..." He's telling us it's a small tax increase.  Which is unbelievably ridiculous.  He's also telling us other people will pay it, which is also ridiculous. M4A is going to cost $4trillion/yr...

Democratic Law Professor: It Is Wrong to Impeach Trump Just Because You're All Mad

WHY ARE ALPHA MALES SUCH SAD SACKS?

Via: Dulay  •  208 comments  •  6 months ago
KEY FINDINGS OF FACT    Based on witness testimony and evidence collected during the impeachment inquiry, the Intelligence Committee has found that:    I. Donald J. Trump, the 45th President of the United States—acting personally and through his agents within and outside of the U.S. government—solicited the interference of a foreign government, Ukraine, in the 2020 U.S. presidential...
Dec 04 11:13am @1.1 "..." I am shocked....absolutely shocked, I tell you.....to hear that you feel that way. Astonished.  Gobsmacked.  Astounded.   I mean really....who saw this coming?
Dec 04 10:52am @3.1.3 Whereas when you have nothing you post a stupid ass emoji. Are you complaining about copywrite infringement or something?

Kamala Harris Drops Out Of Race For Democratic Nomination

Is There Hope For The American Republic After Trump?

The racism behind anti-immigration rhetoric is palpable to every immigrant. Including me.