Steven Jalloul, 43, was first charged via criminal complaint in September 2020 and indicted later that month. 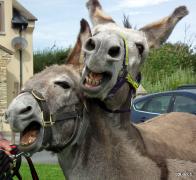 Steven Jalloul, a 43-year-old tax consultant from the Dallas area, was first charged via criminal complaint in September 2020 and indicted later that month.

He pleaded guilty to a superseding information charging him with one count of engaging in monetary transactions using property derived from unlawful activity.

"The Paycheck Protection Program was designed to help hardworking businesspeople keep their companies afloat during the pandemic - not to line the pockets of unscrupulous accountants," said Acting U.S. Attorney Chad Meacham in a statement. "The Justice Department will prosecute anyone who attempts to exploit pandemic-era financial programs. There are countless businesses ravaged by COVID-19 that deserved this money; Mr. Jalloul did not."

According to plea papers, Jalloul admitted he defrauded lenders participating in the Paycheck Protection Program — a measure authorized by Congress in the early days of the pandemic to award forgivable loans to small business impacted by COVID-19 — while awaiting sentencing in a separate tax fraud case.

Jalloul admitted he inflated clients' employee rosters and monthly payroll expenses in order to increase the amount of PPP funds for which their businesses would be eligible, the U.S. Attorney's Office said in a news release.

He generally charged clients a 2 to 20 percent commission on the PPP loans they received and even listed his ex-wife as Royalty Tax's authorized representative, without her consent, when seeking an inflated PPP loan for his own business.

Jalloul now faces up to 10 years in federal prison for the PPP fraud.

His sentencing date has not yet been set.

He is already behind bars at FCI-Seagoville, having pleaded guilty to tax fraud in the separate case in January 2020; in that case, he was sentenced to six years in federal prison.

is this just the tip of the iceberg?

“Mr. Sah exploited this terrible pandemic for personal gain – and he should be held accountable to the American people for that behavior,” said U.S. Attorney Erin Nealy Cox. “COVID-19 has devastated the finances of hardworking business owners across the nation. PPP funds should be reserved for those who really need them to keep their companies afloat. We are committed to ensuring that anyone that take advantage of the system will be brought to justice. ”

According to the indictment, unsealed yesterday evening, Mr. Sah allegedly submitted 15 fraudulent applications, filed under the names of various purported businesses that he owned or controlled, to eight different SBA-approved lenders seeking approximately $24.8 million in PPP loans, which are guaranteed by the  Small Business Administration (SBA) under the Coronavirus Aid, Relief, and Economic Security (CARES) Act.

And a caterer from North Texas claimed 123 employees  when he only had a part time crew of maybe 24 people...

Joseph, 42, was charged in an indictment filed in the Eastern District of Texas with seven counts of wire fraud and three counts of making false statements to a bank.

The indictment alleges that Joseph submitted fraudulent applications for over $3 million in PPP loans. In the applications, the former McKinney resident allegedly fabricated payroll records, including the number of employees working for his companies and the amounts of his payroll costs.

Dude, this is so easy!  They'll never catch me.

Slime-bags, every one of them.  And I guarantee they have scads of pals that haven't been caught yet.  While they have been on spending sprees, small business owners who were truly in need due to the pandemic, have lost everything.