How the U.S. Became Turkey Nation

From the Pilgrims to TV dinners, turkey has been a part of the American diet on Thanksgiving and beyond

If you want to understand the sheer extent of the American relationship with turkey, consider the TV dinner. In 1952, Swanson was the largest turkey grower in the world and had a lot of unsold turkeys left over after Thanksgiving and Christmas. To deal with some of the unwanted poultry, the company created the first turkey TV dinners, including cornbread stuffing and a sweet potato. Some doubted whether Americans would want to eat a roast turkey dinner all year round, but by the end of their first year on the market, 10 million of these new frozen dinners had been sold.

This year's Thanksgiving will test just how attached Americans are to eating turkey. The turkey industry has been hit hard by avian flu, which has led to the culling of entire flocks. Around 80% of fresh whole turkey sales typically happen in November, but prices are nearly twice as high as last year, and certain sizes of bird are becoming scarce.

Yet something tells me it will take more than that to dislodge turkey from the Thanksgiving table—if I am allowed to comment on this subject as a British person with American relatives. In 2020, around 46 million whole turkeys were consumed on Thanksgiving alone, and according to the National Turkey Federation, more than 90% of Americans consume turkey as part of Thanksgiving dinner. 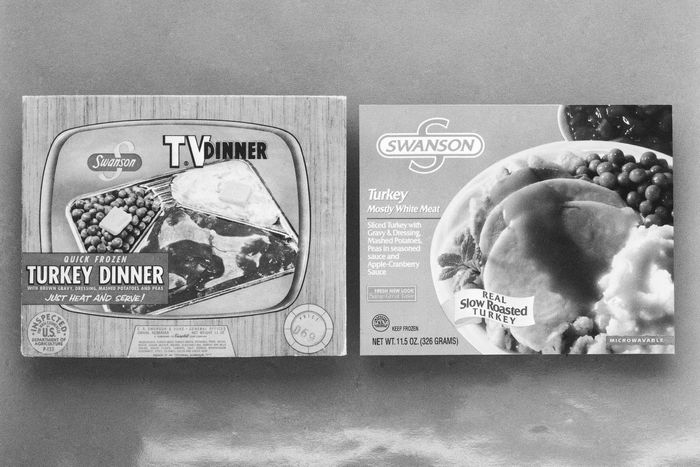 Nothing in the American diet is grumbled about so much yet eaten so universally as a Thanksgiving turkey. To the vast majority of Americans, a giant roast bird is a nonnegotiable part of the holiday feast. As food writer J. Kenji Lopez-Alt has written, “Year after year, we gather around the holiday table, thinking about that turkey like we think about our family members: one of those things we just have to put up with before the wine and the pie kick in.”

Few dishes create as much cooking anxiety as a roast turkey. Since 1981, the turkey talk-line run by Butterball has been answering queries about how to prepare the bird. The lines are staffed by people trained to answer intricate questions on the virtues of spatchcocking, how to get the legs cooked through without drying out the white meat, and whether it is worth brining the turkey before you roast it. But apparently the most popular question by a long way is simply: How do I defrost it? Sadly, if you are calling to ask on Thursday morning you are too late, because the answer is to put it in the fridge for three or four days.

Tradition is the main reason for the nonnegotiable Thanksgiving turkey, though some of the “facts” and quotes you will find on the internet about the patriotic qualities of turkey are simply made up. For example, it’s not true that Benjamin Franklin proposed that the turkey should be the national bird of the U.S. instead of the bald eagle—although he did praise the turkey as a “true original native of America.”

In fact, the average American today eats far more turkey than their ancestors ever did, and the turkey itself is an altogether different bird. Wild turkeys were definitely eaten by the first European colonists, but these were small gamy fowls quite unlike the average farmed turkey. Native Americans roasted these delicious birds on spits, and the pilgrims in Plymouth Colony seem to have eaten them as part of their second Thanksgiving dinner, in 1623. But there were no dry turkey sandwiches or turkey meatballs in 1623; both were inventions of the postwar turkey industry, designed to get people to eat more turkey year-round.

Figures from the U.S. Department of Agriculture suggest that American turkey consumption dipped a little in 2021 to 15.4 pounds per person per year, down from 16 pounds in 2019. But this is still a huge amount of turkey, more than a pound per person per month. By contrast, in 1935 the average person in the U.S. consumed just 1.7 pounds of turkey a year, and in 1970 it was still only 8 pounds.

Every so often, brave pioneers try to question the dominance of Thanksgiving turkey, whether on grounds of taste or animal cruelty or “decolonizing” the meal. In the 1980s, the humor writer Calvin Trillin waged his own personal campaign to change the national Thanksgiving dish from turkey to spaghetti carbonara. His reasoning was, first, that he loved spaghetti carbonara, and second, that “one of the things I give thanks for every year is that those people in the Plymouth Colony are not my forebears.”

In his 2009 book “Eating Animals,” the writer Jonathan Safran Foer argued that gathering around a festive vegetarian meal would be much closer to the true spirit of Thanksgiving, given the grotesquely inhumane ways in which most turkeys are reared. Pundits regularly predict that turkey is on the verge of losing ground to vegetarian alternatives such as tofurky, a vegan substitute made from tofu and wheat. Certainly tofurky has done extremely well in recent years, with sales rising 37% in 2020. Still, the total tofurky market in the U.S. is around $50 million, compared with more than $5 billion for turkey.

I often think that the holiday meal is very nearly as delicious without the presence of a giant turkey centerpiece. Most of my favorite things on the table are meatless sides: rich, chestnutty stuffing; buttery mashed potatoes; sweet, roasted root vegetables.

If the turkey were gone, the part I would miss would be the leftovers and especially the stock, which I look forward to all year. I put the turkey carcass in my biggest stockpot, add water and perhaps a few onion trimmings, and let it simmer away until it is rich and golden and the whole kitchen is filled with a homely fug. We usually turn it into some kind of noodle soup. As Barbara Kafka wrote in her excellent cookbook “Roasting: A Simple Art,” turkey stock is “the best part of the turkey, a luscious home for good egg noodles, just-cooked rice, or, if you are alone, sadly or happily, a poached egg.” Roast turkey may sometimes disappoint, but turkey stock is always a reason to give thanks.

"If the turkey were gone, the part I would miss would be the leftovers and especially the stock, which I look forward to all year."

Yes sir, the best part of the Turkey dinner is the leftovers, starting with the Turkey with Mayo sandwich the day after.

I always considered the stuffing to be the best part of the dinner.  The Thanksgiving Dinner for Expats has not been held here since 2019 (I posted photo-articles on NT about the ones I attended) and I miss the turkey and stuffing that I enjoyed at them.

I always considered the stuffing to be the best part of the dinner.


The Thanksgiving Dinner for Expats has not been held here since 2019 (I posted photo-articles on NT about the ones I attended) and I miss the turkey and stuffing that I enjoyed at them.

There is a lot to say for the dinner and the tradition.

Sophomore Principal
2  Drinker of the Wry    3 months ago

We buy a free range, non-frozen bird that I brine and then roast on the grill.  It makes for a juicy, tasty bird.  O also like the leftovers from sandwiches, enchiladas, Tetrazzini to soup or pot pie..

Professor Principal
2.1  seeder  Vic Eldred  replied to  Drinker of the Wry @2    3 months ago

On of my in-laws does it now. They do it in the traditional way. It comes out of the oven, beautifuly prepared, ready to be carved up.

A one day event at this point.

I will be deep frying one,  been a few years since I did one,  Place I am working part time gave

me a turkey and neighbor  I cookout with are planning a small feast.

Morning.. slightly off topic but at least it's food?? Well I think it is??

Was in Woolies the other day and I came across assorted tins of Spam..

I know it's very popular in the US and it's actually made in the US...but what do you actually do with it?

Do you eat it from the can, fry it etc..was tossing up to buy a can but there were around 8 different varieties...I thought maybe stick to the plain one??

Thought I would give it a fling but ask you mob first. 🐨

Great for school lunch sandwiches -the bacon flavoured variety was my boys favourite.

Much better taste than Tom Piper's "Camp Pie" I had to endure in my school days.  Spam was dearer than  CP, so mum only bought Spam as a Xmas treat.

Chop up a canfull into cubes, mix it with a cubed onion, and fry,  Great as a mid-day snack!!

Arvo Way...thanks for that will give it a try..

Professor Expert
5  Buzz of the Orient    3 months ago

I wonder, did Turkey change its name to "Turkiye" to distinguish itself from the turkey that it is?

Professor Expert
6  Buzz of the Orient    3 months ago 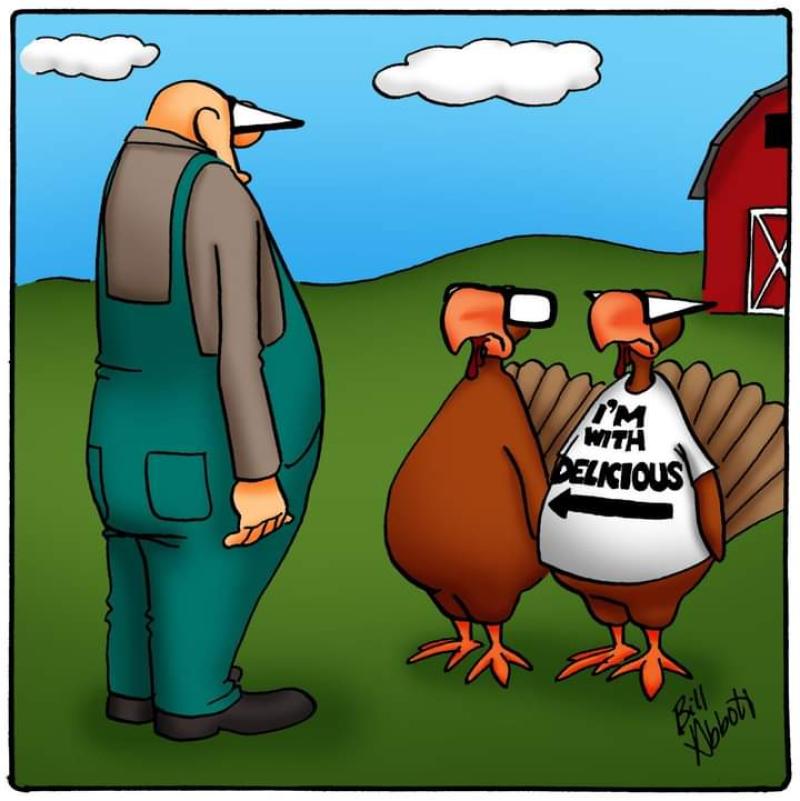