What Are You Supposed to Call Your In-Laws These Days?

Vic Eldred » Groups » Americana » Discussions » What Are You Supposed to Call Your In-Laws These Days?

Many newlyweds are perplexed. 'I generally try to avoid using any names for my in-laws'

This year could approach a record for weddings in the U.S. Quite a few newlyweds have no clue what to call the in-laws.

Mom and Dad? Bill and Judy? Hey there? Advice columns have tackled this etiquette puzzle for years, and it is still popping up in households to a surprising degree.

The pollster  YouGov  conducted its first-ever survey on the topic in recent months at the behest of a British colleague who wondered if the in-law discord he saw featured in American television and movies was real. It was. According to YouGov’s July poll, 29% of couples call their in-laws by their first names, 17% refer to them as Mom and/or Dad, and 9% use Mr., Mrs. or Ms. The rest don’t have relationships with their in-laws or aren’t sure what to call them.

“I struggle with what to call my in-laws,” says newlywed Lauren Coble, who is 30 and a deal strategist in Los Angeles. 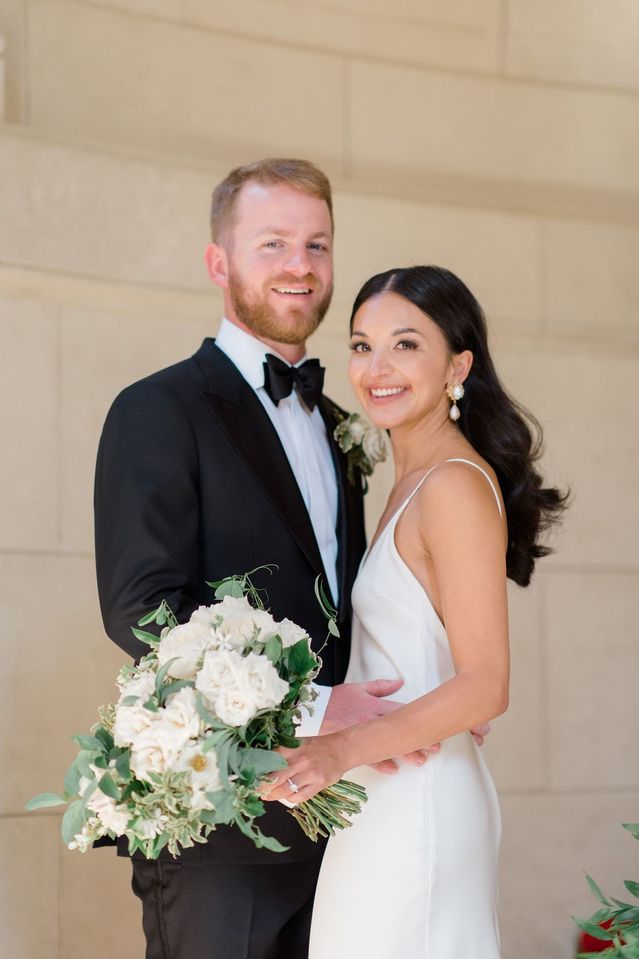 Ms. Coble says she originally called her husband’s parents “Mr.” and “Mrs.,” which felt comfortable given her southern upbringing. The trouble came once they suggested she use their first names.

“I’m mortified any time their first names leave my mouth,” Ms. Coble says. “So now I just avoid it.”

Amy and David Mosely stayed calm as they approached their October wedding in Louisville, Ky.

But Mr. Mosley, who is 29, and a clinical psychologist, admits feeling a bit thrown as Amy’s mother began making what he calls “gentle bids” for him to call her “mom.” David was raised by a single mother, and says calling anyone else mom would feel odd.

“I don’t know if she notices me changing the subject and plays along, or if she truly doesn’t realize,” he says, laughing.

In some cultures, what one calls family members “is very prescribed,” says Deborah Tannen, a professor of linguistics at Georgetown University. In the U.S., she says, “you’ve got to decide.”

“Not Sure What to Call Your In-Laws?” asked a March headline in Southern Living magazine, which urged couples to address the “elephant in the room.” (“Should you stick with Mr. and Mrs. Last Name? Are you on a first-name basis now? Do they want to be Mom and Dad?”)

Reddit threads on the topic over the last year have prompted venting and advice. Throwing in the towel is an option: “You can probably get away with avoiding calling them anything to their faces,” suggests one popular comment.

That’s the path Mike Esparza is taking so far. A 30-year-old general contractor in Los Angeles, Mr. Esparza proposed to his girlfriend, Terry Ramirez, a speech pathologist, in December of last year, but says he hasn’t figured out how to address her parents.

“If they said ‘hey, just call me this,’ I would follow it to a T,” he says. But he says neither party has initiated the conversation.

“It’s a huge problem for me! I never know how to engage,” Mr. Esparza says. “I just try to find language where I’m using first person.”

Kaela Powers, 21, and her husband Ronnie Alfonso, 24, of Tampa, Fla., were married this past April. While dating, Ms. Powers avoided calling her future in-laws anything, and would introduce them as “Ronnie’s parents.”

Things became more difficult after the wedding when the couple moved into a home on the in-laws’ property.

“My husband has a large family, which makes it harder to get their attention without using names,” says Ms. Powers, a student at the University of South Florida. “After a while, I realized it was just easier to say ‘mom’ and ‘dad.’ It’s super awkward but at least everyone knows who I’m talking about.”

Alysha Madrigal-Coleman, who was married in October, dodges words altogether and resorts to body language when trying to communicate with her mother-in-law. She will just try to catch her eye. “Or I can touch her arm,” she says.

Ms. Madrigal-Coleman, who is 34, says her mother-in-law originally introduced herself by her first name. But, “I was raised to call everyone ‘Mr.’ or ‘Mrs. first name,’ ” she says. She avoided the issue over two years of dating, and the situation never resolved itself. If pressed, she will use a first name for her mother-in-law.

One development that seems to break the ice: children.

Jackie Morey, a 37-year-old data analyst in Philadelphia, says she has stumbled over what to call her in-laws for 16 years. But, “ever since we’ve had kids I’ve had an easier time skirting it by calling them ‘Mimi’ and ‘Papa,’ ” she says.

Tim Marino, a 63-year-old IT product manager in Chicago, has successfully avoided calling his in-laws, well, anything, for more than three decades.

“I have a great relationship with them, but I still don’t always feel comfortable calling them mom and dad,” he says. “To be honest, I generally try to avoid using any names for my in-laws.”

“If my son-in-law can avoid addressing us, he definitely will,” Mr. Marino says.

“Honestly, I don’t blame” him, Mr. Marino says, laughing. “I’m not even sure what he should be calling me.”

Suddenly, we the people are worrying about what to call people?

I continue to use first names, as did the free thinking generations prior to the boomers.

Good topic.  I think I always got by just like Tim Marino, by not calling them anything.  I actually liked my first wife's mother.  However, in talking about them to others I did use the "in-laws" designation.  I guess it was better than calling them out-laws. 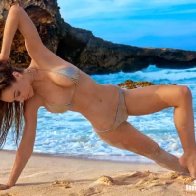 Professor Participates
1.2  Have Opinion Will Travel  replied to  Vic Eldred @1    2 months ago

I call them what I feel like and if they don’t like it, they can let me know. Never been a problem..

In the song I performed at the celebration of life, for my recently passed mother-in-law. I used her first name, it seems perfectly natural to me.

I've always just called them by their names.  But I've been using the designation "out-laws" since the divorce....

But I've been using the designation "out-laws" since the divorce....

I hope you've gone no further than that.

Some avoid the entire issue by never sitting down with their in-laws.

I hope you've gone no further than that.

The first time I met my ex-sister in law, I had been warned repeatedly that she's a bitch who would just state what was on her mind at any time.  I had driven my soon-to-be wife over so she could study with her sister for an upcoming nursing exam (her sister was an RN, had been one for several years at that point).  We were there for a few hours while they went over the class and the upcoming tests to prep my fiancee, so I spent the time talking with her husband until he left and then played with the dog.  When they were done, the sister came up and we chatted for a bit before I got her...

I asked her if she had to be careful when she walked outside.  She looked puzzled and asked why, so I said "Do  you have to watch out for houses falling on your head?"   She laughed and that just cemented our relationship since then.

Life is just too short to be angry with friends just because they are from the other side of a marriage.  We were all friends during the marriage and that didn't end just because I divorced her sister.

Is the sister currently married?

Who knows..Maybe you really cemented something!