'The New Yorkers' Review: The Talk of the Town

The four-century history of the World's Greatest City, told through the lives of 31 insufficiently famous inhabitants.

Did you know that the first murder victim in what we now know as New York was a crewman on the flyboat Half Moon, killed in 1609 by a Lenape arrow as his captain, Henry Hudson, sailed up the river that bears his name? Or that in 1800, New York had 12,000 roaming pigs fouling its streets, more than the human population of Washington, D.C., the nation's new capital? Or that in 1829, the prominent New York judge John Lansing disappeared without a trace almost precisely a century before Justice Joseph Force Crater did his celebrated vanishing act?

Or that Horace Greeley published a periodical called the New-Yorker in the 1830s? That High Constable Jacob Hays, the city's top cop from 1801 to '50, was Jewish? Or that "Dixie" was played for the first time in New York—in blackface?

I didn’t either, and I thought I knew plenty of New York history both epic and trivial. But now I’ve been schooled by a master, and it’s been a pleasure. Sam Roberts’s “The New Yorkers: 31 Remarkable People, 400 Years, and the Untold Biography of the World’s Greatest City” is an ingenious social history of Gotham rendered in deft profiles of everyone from John Colman, Henry Hudson’s luckless crewman, to the Gilded Age couple Bradley and Cornelia Martin, who gave a notorious “Let-Them-Eat-Cake” costume party for 100 rich folk in the aftermath of the financial panic of 1893, to Audrey Munson, a beautiful young artists’ model immortalized in the golden statue of Civic Fame atop the Municipal Building near City Hall and countless other celebrated statuary.

Mr. Roberts, the author of nearly a dozen books about New York and other subjects, is an ace at compact biography, a skill on regular display in the obituaries he writes for the New York Times. And he is an industrious researcher, mining fascinating nuggets—some profound, some just fun—from sources familiar and obscure. The result is a sometimes dense but always rewarding panorama of the shrewd, driven, crooked, brilliant, gifted, lucky and unfortunate folk responsible for the city that likes to think of itself as the capital of the world.

Think of the book as a lively Netflix dramatization of “The Encyclopedia of New York City,” Kenneth T. Jackson’s compendium first published in 1995. In Mr. Roberts’s pages, you’ll meet the grifters of Tammany Hall; the men behind the Great White Way theater district, Grand Central Station, the unification of the five boroughs, New York’s supply of delicious pure water, and the opening of Harlem to black New Yorkers; the women who spearheaded the pioneering ladies’ garment workers’ union, the Irish lass who was the first immigrant processed at Ellis Island, and many more. You’re likely to finish the book with a new appreciation of the ingenuity, courage, guile and sacrifice that transformed the wooded wilderness Henry Hudson first explored into today’s throbbing, perilous 21st-century metropolis.

Mr. Roberts’s adroit method is on fullest display in his sketch of Tex and Jinx—the publicity wizard John “Tex” McCrary and his wife, Eugenia “Jinx” Falkenburg, the vivacious beauty queen. These two teamed up on morning radio in 1946 to invent the celebrity-interview talk show, featuring a gamut of guests from Hollywood mermaid Esther Williams to kibitzer-to-presidents Bernard Baruch.

Before profiling the McCrarys, the author delivers an appropriately tight history of tabloid newspapers in New York, starting with the Daily News in 1919 and quickly followed by Hearst’s Daily Mirror, where Tex started and which boasted Walter Winchell’s staccato gossip column. He even gives the derivation of the word “tabloid”—a condensed pill, a metaphor for breezy journalism.

Over the years, a pantheon of future news stars toiled offstage for the McCrarys, among them William Safire, Barbara Walters, Andy Rooney and Hugh Downs. Jinx was the first Miss Rheingold—another New York institution—and was an indefatigable star of USO shows during World War II. Tex became a Republican PR impresario, staging the celebrated “I Like Ike” rally in Madison Square Garden to persuade Dwight Eisenhower to run in the 1952 election, and the “kitchen debate” between Nikita Khrushchev and Richard Nixon at a U.S. exhibition in Moscow in 1959.

Similarly, the author uses his profile of a humble Bronx housewife named Lillian Edelstein to illuminate the era—and the depredations—of Robert Moses, the dictatorial master builder of New York roadways and parks. In the early 1950s, the extended Edelstein family lived in a Bronx tenement in the path of Moses’s 225-foot-wide Cross Bronx Expressway, which razed neighborhoods as it bisected the borough. Mrs. Edelstein mobilized opposition to the exorbitant project, but Moses prevailed and thousands of New Yorkers lost their homes so that rush-hour motorists could cross the Bronx at an average speed of 13 mph. The Moses she fought, writes Mr. Roberts, “led her people away from the promised land, not toward it.”

As he advances his New York cavalcade toward the present, Mr. Roberts evokes dapper Jacob Hays, that 19th-century high constable, in his sketch of Jack Maple, the dandified ex-transit cop who helped transform the crime-ridden city of the 1990s into one of the safest in America. It was Maple who developed CompStat, the data-based system that tracked crime precinct by precinct and gave New York’s beefed-up police force the means to anticipate where murders and muggings were likely to occur and prevent them or collar the perps. Crime fell by 26% in just two years and kept falling. But New York’s history is cyclical, and a generation later, rampant crime is again the talk—and the scourge—of the town.

“From the very first years of New York’s founding, naysayers predicted its doom,” Mr. Roberts writes. “Some of their dire forecasts could have come true . . . but time and again, the city was poised to capitalize on its good fortune.” Like a gifted New York craftsman, he has expertly set his tiles in an expansive new version of what New York’s first black mayor, David Dinkins, liked to call our “gorgeous mosaic.”


Mr. Kosner, a New Yorker born and bred, was the editor of Newsweek, New York, Esquire and the New York Daily News.

I think the title should have been "What it once was."

The New Yorkers: 31 Remarkable People, 400 Years, and the Untold Biography of the World's Greatest City 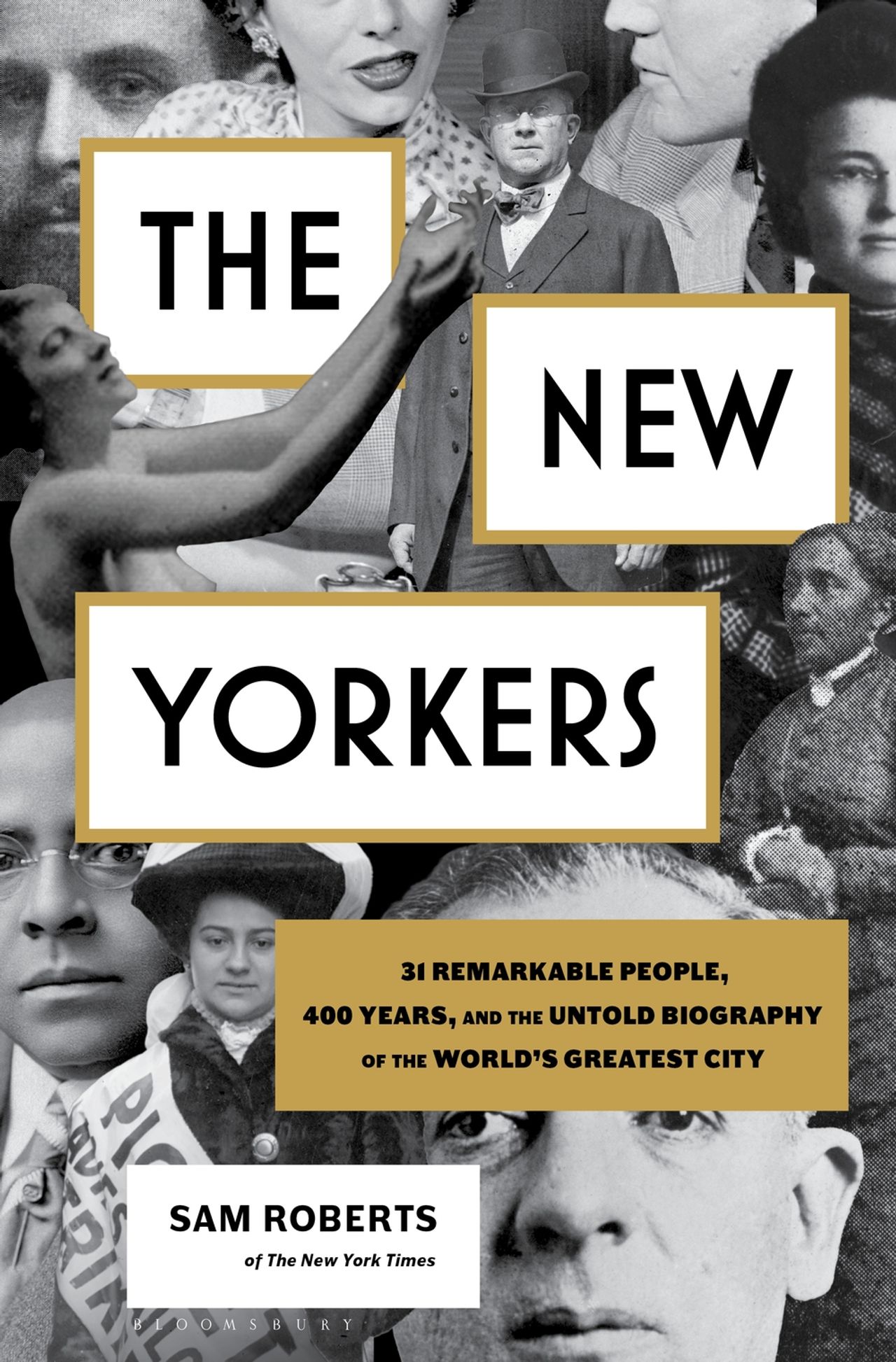