We see this here on NT. Members who make no effort to verify the "facts" they put up.

They don't care whether they're true or not. They post the party line.

The result is a steady decline in the intelligence of posting on NT.

I wrote a few days ago about how ignorance — ignorance about history, about science, about economics and more — has become a core conservative value. This exaltation of ignorance naturally goes hand in hand with disdain for expertise: A vast majority of scientists may agree that greenhouse gas emissions are warming the planet, but hey, it's all just a gigantic hoax. 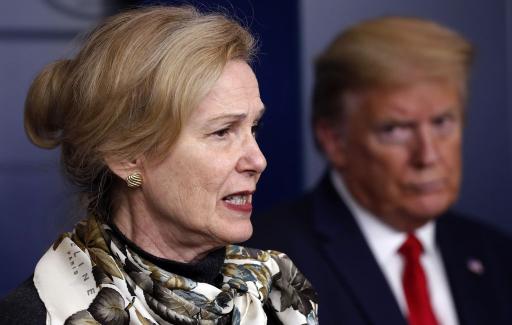 But wait, there's more. On the right, expertise isn't just considered worthless, it's viewed as disqualifying. People with actual knowledge of a policy area — certainly those with any kind of professional reputation — are often excluded from any role in shaping policy. Preference is given to the incompetent — often the luridly incompetent.

I'm currently reading "Nightmare Scenario," an account by Yasmeen Abutaleb and Damian Paletta of the Trump administration's catastrophic mishandling of the coronavirus pandemic. Much of what they report falls into the category of "shocking but not surprising." One thing I didn't know about, however, was the special destructive role played by Stephen Moore, an outside economic adviser.

It was Moore, the authors report, who walked into Donald Trump's office just days after America went into lockdown to urge reopening by Easter. While an immediate lifting of pandemic restrictions didn't happen, Trump's growing insistence that the pandemic was no big deal helped inspire armed protests against social distancing and mask-wearing, and it contributed to a public health disaster that has so far claimed 600,000 American lives — with 95% of the deaths happening after Easter 2020.

It goes without saying that Moore isn't an expert on epidemiology. But he isn't an expert on economics, either. In fact, he has a reputation among many economists for being wrong about almost everything. I don't mean that he has made some bad forecasts — that happens to everyone (although some of us admit it when we were wrong and try to learn from our mistakes). I mean it is unusual for him ever to get the facts right, or even manage to land in the remote vicinity of the truth.

For example, in 2014 Moore published an attack on yours truly over the effects of state tax cuts in which every key number was incorrect. And not slightly off: He made claims about job growth for certain years but offered numbers from different years, and got even those numbers wildly wrong.

Another example: In 2015 he wrote an attack on Obamacare in which every main factual assertion was wrong.

Yet in right-wing circles Moore has failed steadily upward, serving as a member of The Wall Street Journal's editorial board, becoming chief economist at the Heritage Foundation, and more. Trump tried to appoint him to the Federal Reserve's Board of Governors and might have succeeded if Moore hadn't been found in contempt of court for failure to pay alimony and child support.

And there he was, at a crucial moment in the pandemic, urging Trump to downplay the medical emergency and endanger American lives.

What's odd about the Moore story — not to mention Trump's decision to make Larry Kudlow, also famous for usually being wrong, his top economic official — is that there are quite a few technically competent economists who would be eager to serve the GOP.

Like every academic subject, economics leans Democratic, but less so than many other fields — there are proportionally more Republicans in economics than there are in biology or chemistry. Some of these economists are willing to abase themselves in an attempt to prove their loyalty, like Tomas Philipson, a University of Chicago professor who served on Trump's Council of Economic Advisers and claimed that Trump has economic instincts "on par with many Nobel economists."

Yet by Philipson's own account, pretty much nobody took his advice. And in general, the U.S. right — not just Trumpists but the movement as a whole — distrusts anyone whose competence has resulted in an independent professional reputation. After all, you never know when someone like that might take a stand on principle.

I've written in the past that "the modern GOP doesn't want to hear from serious economists, whatever their politics. It prefers charlatans and cranks, who are its kind of people." And it turns out that the same is true for epidemiologists.

The right's hatred of Dr. Anthony Fauci is a familiar story. However, much of "Nightmare Scenario" follows the saga of Dr. Deborah Birx, an experienced public health professional who headed Trump's coronavirus task force and resorted to embarrassing flattery and sycophancy in an effort to get Trump to act responsibly.

For the most part, she failed; it seems clear that Trump's inner circle never trusted her precisely because she was knowledgeable and had a reputation to defend. She was shut out in favor of politically reliable quacks.

So how did we end up here? How did one of our two major political parties come not only to reject democracy, but to exalt ignorance and despise competence of any kind?

I don't know, but if you aren't terrified, you aren't paying attention.

Paul Krugman , winner of the Nobel Memorial Prize in Economic Science, is a columnist for The New York Times.