Bob Nelson » Groups » The Beacon » Discussions » Should Only the Little People Pay Taxes?

Why is the G.O.P. objectively pro-tax evasion? 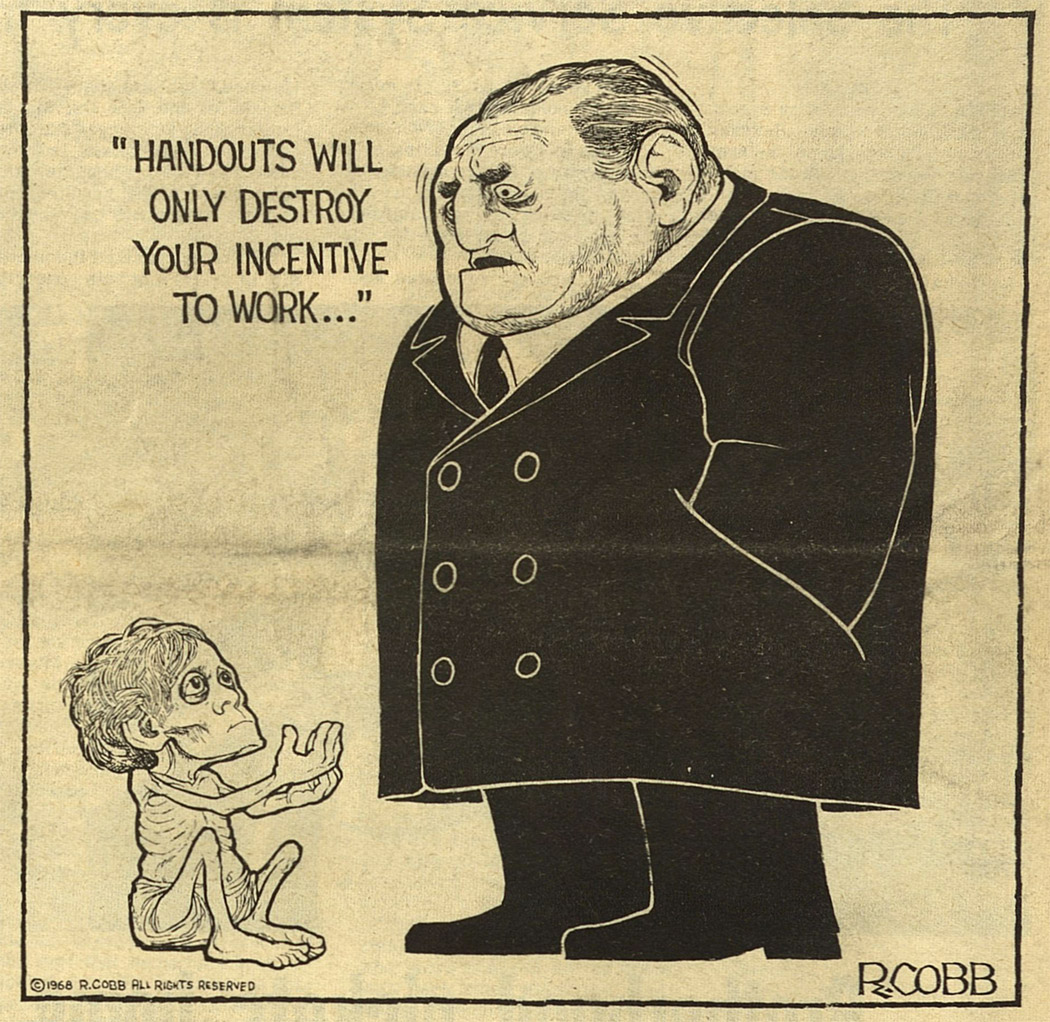 I yield to no one when it comes to cynicism about politicians who see tax cuts for the rich as the answer to every problem. Indeed, the claim that tax cuts can perform magic is a prime case of a zombie idea — an idea kept alive, despite overwhelming evidence against it, because its survival serves the interests of wealthy donors.

Yet even I was caught by surprise when Republicans negotiating over a possible infrastructure bill ruled out paying for it in part by giving the Internal Revenue Service more resources to go after tax evasion.

This is a big deal. The Treasury Department believes that there is a "tax gap," taxes owed but not paid, of more than $500 billion every year; some estimates put the number much higher. And the Biden administration proposes giving the I.R.S. enough resources to reduce this gap as a way to help pay for investment in America's future.

But if the administration goes this route, it will apparently do so with little if any Republican support.

Just to be clear, I'm not surprised to learn that a significant number of senators are sympathetic to the interests of wealthy tax cheats, that they are objectively pro-tax evasion. I am, however, surprised that they are willing to be so open about their sympathies.

There is, after all, a big difference between arguing for low taxes on the rich and arguing, in effect, that rich people who don't pay what they legally owe should be allowed to get away with it.

For one thing, I don't think even right-wingers would dare make the usual arguments for low tax rates, dubious as those arguments are, on behalf of tax evasion. Who would seriously claim that the only thing keeping "job creators" going is their belief that they can dodge the taxes the law says they should pay?

And who's the constituency here? When a millionaire or billionaire evades taxes, this comes at everyone else's expense: A bigger budget deficit might mean less room for social spending, but it also means less room for legal tax cuts. So everyone should be in favor of cracking down on tax cheats — everyone, that is, except the tax cheats themselves. You might even think that wealthy Americans who do pay what they owe, either because they have scruples or because they care about their reputations, would be especially angry at their peers who flout the rules.

OK, before I go any further: I've been writing as if tax evasion is an activity that only the wealthy engage in. Clearly, that's not completely true; if you've ever had plumbers or car mechanics offer you a discount if you pay in cash, you probably have a pretty good idea about the motives.

But a great majority of Americans get their income from wages and salaries, which are both subject to withholding and automatically reported to the government, so that they have very little opportunity to cheat.

So tax evasion mainly involves business income — or, rather, "business" income, because it takes place via partnerships and other entities such as S corporations that are mainly accounting fictions rather than entities producing actual goods and services. There are some legitimate reasons these entities are allowed to exist, for example to help in retirement planning. But they also offer ways to hide income from the tax authorities: underreported cash inflows, exaggerated costs, personal perks — like the apartment the Trump Organization provided its chief financial officer — reported as business expenses rather than individual income.

And these opportunities to hide income are concentrated at the top; one recent estimate is that more than 20 percent of the income of the top 1 percent goes unreported.

So how can anyone justify failing to crack down on these abuses?

As best I can tell, Republicans opposing stronger tax enforcement are barely even trying to justify themselves, except by bringing up old, long-debunked claims that the I.R.S. targeted conservative groups. Yet they seem determined to defend the privileges of wealthy tax cheats. Why?

Obviously some big tax cheats are also big political donors. What I'd suggest is that the cheats' clout within the G.O.P. has actually increased as the party has gotten crazier.

There have always been wealthy Americans who dislike the right's embrace of racial hostility and culture wars but have been willing to swallow their distaste as long as Republicans keep their taxes low. But as the G.O.P. has become more extreme — as it has become the party of election lies and violent insurrection — who among the wealthy is still willing to make that trade-off?

Some rich Americans have always been right-wing radicals. But as for the rest, the party's base within the donor class presumably consists increasingly of those among the wealthy with the fewest scruples and the least concern for their reputations — who are precisely the kind of people most likely to engage in blatant tax evasion.

So maybe one way to understand the opposition to strengthening the I.R.S. is that it represents an unholy alliance between white supremacists and tax cheats. Is this country amazing, or what?

Please refer to a precise portion of the seed when Replying to it.

So maybe one way to understand the opposition to strengthening the I.R.S. is that it represents an unholy alliance between white supremacists and tax cheats. Is this country amazing, or what?