Momentum’s “The World Transformed” conference in Liverpool later this month will be an ugly assembly.

Have a look at Franco Berardi, for example. The Italian Marxist is billed as a “writer and theorist of contemporary media, culture and society, working mainly around the aesthetics of the contemporary psychosphere” at the “No Pasaran: International Antifascism” session.

The Nazis are on the march again, Berardi will have you know. But last year his stark warning was rejected in Germany:

In a one-hour performance called “Auschwitz on the Beach,” planned for Thursday at the Documenta in Kassel, Italian author Franco “Bifo” Berardi accuses Europeans of setting up “concentration camps” on its own territory and paying smugglers in Turkey, Libya and Egypt to do their dirty work. “Salt water has replaced Zyklon B,” reads one line of the performance.


But after hefty complaints from politicians in Germany and the Jewish community, the Documenta won’t be staging the show as planned, a spokesperson confirmed to DW on Tuesday.

“We respect those who feel offended by Franco Berardi’s poem. We don’t want to add to their pain”, curator Paul B. Preciado said in a statement.
…
City and state politicians in Kassel and the state of Hesse, where the city is located, had sharply criticized the planned performance. Hesse’s state minister for science and art, Boris Rhein, recommended its cancellation, while Kassel Mayor Christian Geselle called it a “horrible provocation.”

“The question of how we deal with the Shoah and the terminology associated with it and how we teach future generations about this incomprehensible crime is something that impacts all of us,” commented Illan Katz, chairwoman of the local Jewish organization, while urging political leaders to take a stand against “Auschwitz on the Beach.”

Berardi quite likes this theme. He pushed it again last summer in a letter to the Greek politician Yanis Varoufakis, dragging Israel into his Nazi nightmare as a Gauleiter :

Europeans are building concentration camps on their own territory, and they pay their Gauleiter of Turkey, Libya, Egypt and Israeli to do the dirty job on the coast of the Mediterranean Sea, where salt water has replaced Zyklon B.

Europeans should be “swept away”, really, he continued:

Five centuries of colonialism, capitalism and nationalism have turned Europeans into the enemy of human kind. May they be cursed forever! May Europeans be swept away by the storm they have generated, by the weapons they are building, by the fire they have ignited, by the hatred they have cultivated!

Berardi went much further in 2016 in this shocking piece . With his students awaiting his remarks on Holocaust Memorial Day, he mused about the new Nazis in Israel:

In comes the Warsaw Ghetto:

How can I stay silent about the analogies between the siege of Gaza and the Warsaw ghetto? It is true that the Jews killed in the Warsaw ghetto in 1943 numbered 58,000 while the Palestinian dead number only a few thousand at present. But as Woody Allen says, records are made to be beaten. The logic that prepared the ghettoisation of Gaza (which a Catholic cardinal has called a “concentration camp”), is it not perhaps the same logic that guided the ghettoisation of the Jews of Warsaw? Weren’t the Jews of Warsaw perhaps forced to pile up in a restricted space that quickly became an anthill? Wasn’t a containing wall built around them, perhaps, 17 kilometres long and three metres high, the exact height of the wall Israel built to lock up the Palestinians? Weren’t the Polish Jews blocked from exiting the crossings controlled by military checkpoints?

The Jews of Warsaw did what they could. Well, so do Palestinians:

The Jews of Warsaw too used pistols, grenades, Molotovs, and even a machine gun to combat the invaders. Completely inadequate arms, as are the Qassam rockets and the kitchen knives. And yet no one can condemn the desperate defence of the Jews of Warsaw.

Israel, he opines, is engaged in nothing less than “the extermination of a people”. Indeed, swastikas have been found in IDF barracks, he claims.

By the way, individual Israeli politicians or policies are not the problem. No, for Berardi, the issue is Zionism tout court , which has become a “political monstrosity”.

Perhaps Jeremy Corbyn could have a word with Momentum?

ITN Productions boss Chris Shaw, who identified himself as the son of a Holocaust survivor, asked Corbyn whether it was legitimate to compare the state of Israel to Nazi Germany. The Labour leader said doing so was “completely out of bounds and I would never do that.” 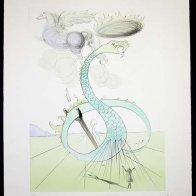 There is a danger of such thoughts creeping into American politics as well. The poster girls for such vile ideas is Linda Sarsour who has a history of antisemitic beliefs and statements.

As a co-chair of the Women’s March protesting Donald Trump’s inauguration, Linda Sarsour – who is usually identified as a Palestinian-American progressive political activist – has recently attracted much sympathetic media attention, but also some criticism. Among the issues that critics of Sarsour brought up early on was her open support for BDS, i.e. the movement that singles out Israel as a target for boycott, divestment and sanction, and her stated preference for “a one-state solution that, experts agree, will not be a Jewish state because the larger population will be Palestinian.” While her Wikipedia page currently claims that Sarsour “supports Israel’s right to exist,” she quite obviously does not support Israel’s right to exist as a Jewish state. Indeed, Sarsour once asserted [ ]: “Nothing is creepier than Zionism;” she also suggested that Zionism is racism.

“Denying the Jewish people their right to self-determination, and denying Israel the right to exist” is of course listed as an example for contemporary anti-Semitism in the US State Department definition of anti-Semitism.

However, Sarsour has insisted that she is only “a critic of the State of Israel” and that she firmly opposes anti-Semitism. But given Sarsour’s declared revulsion against Zionism and her openly acknowledged preference for a so-called “one-state solution” that would transform the world’s only Jewish state into yet another Arab-Muslim majority state, it would clearly be more accurate to describe her not as a “critic,” but rather as an outright opponent of Israel’s existence as a Jewish state. Moreover, there is reason to suspect that Sarsour does not accept common definitions of anti-Semitism: she is listed (#73) among the people who signed on to the truly Orwellian definition of anti-Semitism that veteran anti-Israel activist Ali Abunimah published in fall 2012 on the basis of his preposterous view that Zionism is “one of the worst forms of anti-Semitism in existence today” and that support for Zionism “is not atonement for the Holocaust, but its continuation in spirit.”

In the years since Sarsour endorsed Abunimah’s blatantly anti-Semitic definition of anti-Semitism, she has posted numerous tweets that seem to echo anti-Semitic tropes popular among anti-Israel activists. Particularly noteworthy are her repeated insinuations that American politicians who back strong bonds between the US and Israel should be suspected of dual loyalties or corruption. Reminiscent of the “Israel-firster” slurs, which caused much controversy a few years ago and were widely considered as echoing anti-Semitic tropes, Sarsour suggested in July 2014 that “Israel should give free citizenship to US politicians. They are more loyal to Israel than they are to the American people.” She also asserted that there was an “awkward moment when the White House goes off AIPAC [American Israel Public Affairs Committee] script and says ‘Israel must end the occupation;’” according to Sarsour, this meant for the White House that “#theyareintroublenow.” Sarsour also seems to believe that AIPAC lobbies to get the US to “revolve around Israel;” she therefore demanded in 2012: “Our country’s future should not revolve around #Israel. #aipac2012.” Referring to Hillary Clinton, Sarsour wondered last year, “What was in Hilary’s goodie bag at AIPAC. Had to be real nice after that speech that almost bought her a prime minister seat in Israel.” A few months ago, Sarsour reacted to a statement by Senator Lindsey Graham with the question “Are you a US Senator or do you work for Israel?”

The only remedy for lies is knowledge, and when most people turn off their brains as soon as they hear "Middle East"... ...

Some of this crap is truly stunning:

How can I stay silent about the analogies between the siege of Gaza and the Warsaw ghetto?

What? Aside from the fact that the ghetto fighters were being murdered? That they were slaughtered almost down to the last one? The murder - slaughter - of Polish Jews in the ghetto has no equivalent in Gaza, and any attempt to build one out of nothing is a despicable lie.

Yes, it is, antisemitism is spreading like a virus.

(ps) I gave you a few links on Buzz's article about islam that you commented on.

Yes, thank you for the links.

I find it significant that this group that refuses the sword-bearing form off jihad is not Arab. The founder is Punjabi.

Perhaps that's the best hope for Islam - the non-Arab countries.

Perhaps that's the best hope for Islam - the non-Arab countries.