God tells you not just the way you should be, but the way you actually are, and if you accept that, you will be blessed.

If you step outside of it, you're just asking for trouble. So arguing against this structure asks conservative white evangelicals to rewire their entire sense of reality.

Late last week, my friend   John Stoehr made a daring argument : “white evangelical Christian support for Donald Trump isn’t rooted in hypocrisy, contradiction or merely straying from the straight and narrow,” he said. “The reason they support a fascist president is simple: They’re sadists.”

You have to read the article to capture the nuances of what John is saying. The kind of sadism he’s talking about doesn’t have much, if anything, to do with sexual pleasure derived from the pain of another. Rather—drawing on the work of the philosopher Richard Rorty—”It’s about the pain, humiliation or even violence out-groups deserve by dint of being out-groups.” Sadism also includes the pleasure of seeing “justice” be done against those deserving punishment.

The conservative evangelical Ben Howe offers supporting evidence for Stoehr’s thesis (along with heaping doses of self-justification) in an interview with Emma Green at the Atlantic:

In the minds of a lot of conservatives, the left exists to impugn their motives, and the Republican Party regularly lied to them and said they would defend them and then didn’t. And that was the establishment. Trump became their hero, because he hated the establishment, and he beat up on the media, and he was fighting back against all these forces. The more he fights, the more they feel justified, like,   He’s our hero because we needed someone to do this for us .
Trump’s appeal is not judges. It’s not policies. It’s that he’s a shit-talker and a fighter and tells it like it is. That’s what they like. They love the meanest parts of him.

John’s whole piece is worth reading, especially for Christian friends tempted to put the religious right’s malignancies down to misguided faith. I’ll add a thought or two.

First of all, let’s clarify that it really is not all white evangelicals who have become sadists. About a quarter of that group is in fact liberal, and many of them are committed to various forms of social inclusion and justice. But conservative white evangelicals by and large believe, perversely, in a world of justice and order. Each part of that equation is important.

White evangelicals and other conservative Christians believe that God has ordained certain ways of being and doing in the world. That’s the order part. Daddies are leaders, then mommies, then kids. This is the traditional cis-het thing you’re familiar with.

Again, not all—it’s important not to caricature them—but a healthy portion of conservative white evangelicals impute a racial hierarchy into this scheme as well. Partly, that’s a contingency of where white evangelicalism has been traditionally strong. Partly it’s because they tend to conflate hierarchies of all sorts with order. And yes, partly it’s because some of them are racists. They don’t see the injustice or power imbalances in the social order as it’s presently constituted, so they perceive today’s situation as “things were a lot better when everybody just stayed in their lane.”

Those of us outside the community see this for the crock that it is. But it’s important to understand that for the people on the inside, this is both a given and a source of comfort. God tells you not just the way you should be, but the way you actually are, and if you accept that, you will be blessed. If you step outside of it, you’re just asking for trouble. So arguing against this structure asks conservative white evangelicals to rewire their entire sense of reality.

It’s also to ask conservative white evangelicals to violate their sense of justice. People caught up in the hierarchical social order perceive those who violate or subvert it as inherently deserving punishment for their actions. (That’s John’s point about sadism.) They also see those people as threats to innocents in a very real sense.

In other words, they really, honestly, truly believe that gays and lesbians harm wives and children. Agree or disagree, it isn’t disingenuity. It’s what they think, and they’re sticking with it.

Arguments from scripture or theology fall flat, because it’s their world view, and that view informs how they read their own faith. Don’t bother parsing scripture with them: their whiteness outweighs their Christianness. Don’t bother arguing with them about Jesus’ concern for the poor. Their conservative worldview prevents them from hearing it. Worse, the arguments become themselves threats to the stability and order of the community. This is why conservative white evangelicals spend so much time complaining about the oppression of an inclusive society.

There are any number of rabbit holes to fall down here about Kantian   a prioris , the formation of the church as a pure community saved out of, and against, the world, racial sociology, and probably more. Point is, you have to change experience to change ideas. In the Simpson’s episode “Homer’s Phobia,” Lisa Simpson asks Homer if he has to meet every gay man in the world to decide homosexuals are okay, and he says “Yes.” Good luck, everybody!

The perversity in all of this is first that people like this don’t want their ideas or perspectives challenged. Don’t kid yourself, nobody really wants to give up on their world view. But the result of this stiff-necked epistemology is a tremendously brittle faith, one unable to tolerate the challenge of multiple perspectives.

But the refusal to be challenged also becomes perverse—a wrong choice for no good reason—because the social domination it protects is easily conflated with being the instrument of God’s righteous punishment. Sadists always have to justify themselves.

Faith deployed in service of social hierarchy is also easily conflated with authoritarian power structures, even those led by [cough cough] corrupt awful human beings. Conservative white evangelicals respond to Trump not as a perfect or even good person, but as an imperfect instrument of God’s work to maintain the sacred order of the world.   The cruelty is indeed the point   because the cruelty manifests the justice that maintains the proper order.

What does work, as John Stoehr and others have argued, is to point out the failures. How do you get a conservative evangelical to stop thinking the entire Queer community is evil? Show them not just a “good” gay, but how anti-gay ideology has failed to protect them. How do you get them to turn against Trump? Show them how Trump has failed to carry out his promises. Not easy with a rabid culture warrior like Mike Pence in the #2 role. But probably the best evidence for somebody like this would be the ICE raids in Mississippi last week. Here’s Trump the authoritarian carrying out his promise to keep them safe—and the result is a terrorized, deflated community. People notice that kind of thing, especially when their church is called on to assist the victims.

And it may never work! All the evidence indicates that there’s a durable 25% of the US that is unassailably committed to racial and sexual hierarchy. That’s the firm base. I do not have any idea how to crack it. Probably the best idea would be to challenge our own perceptions of natural hierarchy, and step around those who can’t do likewise. Unless, of course, you’re a total masochist. 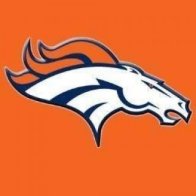 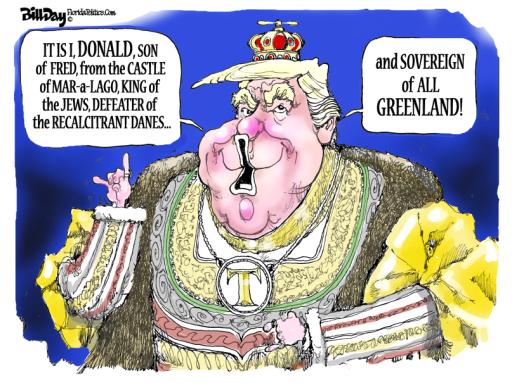 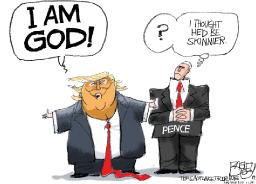 ...to scrub the toilets.