Mitch McConnell let the coal companies walk away from us, and then after one minute, he did too.

Mitch McConnell might think he has the votes of coal miners locked down, but a new ad released by his Democratic opponent, Amy McGrath, shows that they’re mad as hell and ready to vote him out of office.

In the campaign spot, a coal miner explains how he and a group of other miners with black lung took a 10-hour bus ride to urge McConnell to save their disability benefits.

When the group of coal miners arrived, the Senate majority leader was only willing to spend a single minute with them.

“My stepfather and grandfather died of black lung. Now I could lose my son,” the man in the ad said. “Mitch McConnell let the coal companies walk away from us, and then after one minute, he did too.”

In a new campaign ad, Kentucky senate candidate Amy McGrath charges that "Mitch McConnell left our coal miners behind years ago. The question for anyone in Congress is, which side are you on?"

The coal miner in the ad said:

It was a 10-hour bus ride. We were coal miners with black lung disease going to see our senator, Mitch McConnell, to try and save our disability benefits. Ten hours on a bus and we got to see him for all of one minute. My stepfather and grandfather died of black lung. Now I could lose my son. Mitch McConnell let the coal companies walk away from us, and then after one minute, he did too.

Donald Trump and Mitch McConnell have been conning coal workers

With their campaign rallies touting their support for coal, Donald Trump and Mitch McConnell have been pulling a massive con job on coal workers. It takes more than wearing a hard hat and saying you “dig coal” to be an advocate for coal workers.

Not only have Trump and McConnell been dishonest when they say   they can save the dying coal industry , but they are leaving workers behind, particularly when it comes to their health benefits and pensions.

Mitch McConnell is a fraud, and the people of Kentucky –   and America – are beginning to wake up to this reality. 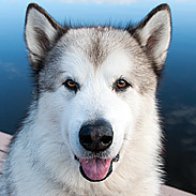