The importance of March 4 for QAnon supporters is rooted in the beliefs of the "sovereign citizen" movement.

QAnon's most dedicated followers still believe that former President Donald Trump will soon be sworn in.

They insist that Trump will return to power and be inaugurated in Washington, DC, on March 4.

Coincidentally, the Trump International Hotel in Washington, DC, has hiked the prices of suites around that day. Some room rates at the hotel, just blocks from the White House, have almost tripled for March 3 and 4, Forbes' Suzanne Rowan Kelleher reported.

The importance of March 4 for QAnon supporters is rooted in the bizarre beliefs of the "sovereign citizen" movement.

The basis for that conspiracy theory is that a law enacted in 1871 secretly turned the US into a corporation. It posits that some Americans are therefore not subject to a variety of federal laws.

Supporters of the theory believe that every president who's been inaugurated since then is illegitimate; they believe that Ulysses S. Grant was the last legitimate president.

Grant, like other presidents in the 19th century, was inaugurated on March 4. The sovereign-citizen movement posits that the republic will be restored and that Trump will become the US's 19th president on March 4, 2021.

And March 4 appears to have become a marketing opportunity for Trump's hotel.

The price hike appeared to be exclusive to the Trump International Hotel, Forbes said, citing Zach Everson's 1100 Pennsylvania newsletter. Other luxury hotels around the White House appeared to have standard rates for March 3 and 4, Everson said.

The Trump International Hotel did not immediately respond to Insider's request for comment for this story.

This would not be the first time that a Trump hotel had raised its rates to coincide with a political event.

On January 5 and 6, Trump International raised its rates significantly. On the night of the deadly insurrection at the Capitol, the cheapest room was about $8,000, Forbes reported.

On January 7, the hotel's managing director said the in-room-dining team had "record breaking numbers" that week.

So, the delusion continues, and Trump continues to con his followers.

Fools and their money are soon parted.  For $8k/night, I hope they at least got a complimentary MAGA hat and pointy tipped American flag to bludgeon with. 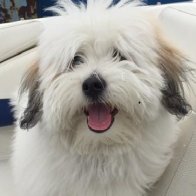 Sad and scary that anyone actually believes this q-tard bullshit 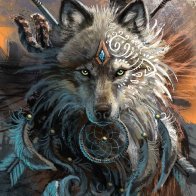 More proof that a percent of the population of the US is brain dead.