The Spiros were once "the single most powerful group ever to exist" in North America. This groundbreaking new exhibit in Oklahoma shares their story.

Shell cups carved with mythical beings. Large effigy pipes. Beaded baskets. These are among the archaeologically significant objects excavated from the Spiro Mounds. Often overlooked, this Native American site in the midwestern U.S. is among the greatest sources of Mississippian Native American artifacts ever discovered.

Located on the Oklahoma and Arkansas border, the Spiro Mounds were part of a city complex populated from 800 to 1450 A.D. At its peak, it supported a population of some 10,000 people. The Mississippian political, trade, and religious confederation incorporated more than 60 different tribes and stretched from the Gulf Coast of Florida to the Great Lakes and from the Rockies to the Virginia coast.

The Spiro population, along with other Mississippian groups across eastern North America, was once equal to the Aztecs and Incas, yet despite its size and sophisticated trade society, its legacy is not well understood.

A groundbreaking exhibition aims to change this. Unveiled in February and running through May 9, "Spiro and the Art of the Mississippian World," at Oklahoma City's National Cowboy & Western Heritage Museum, is the largest presentation on the Spiro Mounds ever undertaken by any museum.

The exhibition helps document "the single most powerful group ever to exist" in the U.S., according to Dennis Peterson, executive director of the Spiro Mounds Archeological Center.

"The people who lived [in Spiro] came to control what we call the Mississippian culture. So pretty much all the United States except for the far northeast and the far northwest, Spiro either had trade with, communication with or direct control over for over 350 years with almost no use of violent warfare," he says.

The Spiro archeological discoveries give important insight into the culture of the ancient Mississippian people.

A treasure trove of culture

"What truly makes Spiro so unique is that not only is it the most object-laden mound ever discovered in North America, but it also included objects from around the known world [in North America]," says Eric Singleton, a National Cowboy & Western Heritage Museum curator who spearheaded the new exhibit.

"There is copper from Lake Superior, engraved shell cups from the Florida Keys, beads from the Sea of Cortez, items from the Valley of Mexico, and those are just a few of the items," continues Singleton. "They invited people from around the known world to bring their holy objects to Spiro to be ritualistically acted upon."

As the lead curator, Singleton chose artifacts representing the different nations and ritual importance. Embossed copper plates, wooden sculptures, thousands of pearls and beads, large effigy pipes, and elaborately engraved shell jewelry and cups are among the thousands of items recovered from Spiro.

In addition to the original historical artifacts, the exhibition also features artwork from contemporary Native American artists whose heritage stems from the Spiro people. "The most important aspect of this is working with contemporary artists and really showing cultural continuation and the resiliency of community," says Singleton.

(For this Native community, photography has harmed—and healed.)

Chase Kahwinhut Earles, a contemporary and traditional pottery maker and member of the Caddo people, is one 12 artists from 16 different tribes featured in the exhibit.

"With some of my pieces, I try to educate people about the culture of the mound builders. The Spiro people are brothers and sisters to the Caddo. You can see a lot of the Caddo influence and designs within Spiro," Earles says. "For example, [one of my works] is actually a Spiro engraved piece, but it looks new with the design elements that I put on it."

The mysteries of mounds

The Spiro created highly developed agricultural communities in the Midwest and Southeast that included large earthen platforms and burial mounds. Traditionally, leaders would build their homes on top of the previous chief's, meaning the higher the mound, the more prestigious the current leader was.

The Craig Mound—the second-largest one and the only burial mound at Spiro—housed the remains of important leaders along with clothing, fur, baskets, and other items to help ease their transition to the afterworld, says Peterson.

The site of the Spiro Mounds was abandoned by its population in the 1500s. Historians point to an extended drought and political infighting as contributing factors. The site remained mostly untouched until the 1930s, when treasure hunters got wind of antiquities buried in the earth. What followed was one of the largest and longest episodes of looting in North America.

Legislation protected Spiro in 1935, and a government-sponsored archaeological excavation commenced. Today, more than 65 public facilities in the U.S. and dozens of institutions worldwide possess Spiro artifacts, including the Smithsonian, the Louvre, the British Museum, and the National Museum in Germany.

What makes the new exhibition significant is that its curators worked directly with people of Spiro ancestry before publicly displaying artifacts. Reaching out to the Caddo Nation, the Wichita, and affiliated tribes before moving forward with the exhibit was the essential first step in sharing this history.

"[This display] was never from a museum point of view; it was from a tribal and community point of view," says Singleton.

Balancing the need for respect and repatriation and the demand for education and display is an ongoing struggle for both museums and tribes. The Native American Graves Protection and Repatriation Act (NAGPRA) of 1990 aimed to change that.

"For decades upon decades upon decades, archeologists would find these sites, go dig them up and find all the things that were there," Kelli Mosteller, director at Citizen Potawatomi Nation Cultural Heritage Center in Shawnee, Oklahoma. "[Museums] then put them on display and [said], 'Come look at and learn about these mythical people.' We were very much treated as another exotic."

(Can a skeleton heal the rift between Native Americans and scientists?)

By enacting NAGPRA, Congress recognized that human remains of any ancestry "must at all times be treated with dignity and respect." This means that any Native American human remains, funerary objects, sacred objects, and objects of cultural patrimony removed from federal or tribal lands returned to the community where it belongs. In addition, any institution receiving federal funding must take inventory of the Native American items it holds and then consult with the Indigenous nation for repatriation.

"[NAGPRA] provides a mechanism for collections of Native American ancestral remains, funerary objects, and other cultural items to be returned to their communities," says Jayne-Leigh Thomas, the NAGPRA director for Indiana University. "It's about tribal sovereignty. It's about respect."

Where to discover more Spiro history

There are many other places to learn more about Spiro and Mississippian culture in Oklahoma.

Head three hours west of the state's capital to the Spiro Mounds Archeological Center, the only prehistoric Native American archaeological site in Oklahoma open to the public. Scheduled tours delve into the rich culture of these ancient Mississippian people, and the site's museum includes a wealth of research and replicas of the notable items discovered at Spiro.

Other museums in Oklahoma with collections of Spiro artworks and artifacts include: University of Oklahoma's Sam Noble Museum of Natural History; Gilcrease Museum in Tulsa; Woolaroc in Bartlesville; Museum of the Red River in Idabel; LeFlore County Museum, and the Oklahoma Historical Center.

"Spiro and the Art of the Mississippian World" is open to the public in Oklahoma City through May 9. Visitors can also explore the exhibit through a virtual tour. The exhibition will then travel to the Birmingham Museum of Art in Alabama from Oct. 9 to Feb. 6, 2022 and to the Dallas Museum of Art from March 13, 2022 to August 7, 2022.

Most of us of European decent have gotten little in the way of a historical education on the Indian cultures of the Americas beyond what happened at the battle of Greasy Grass (Little Bighorn), and Disney's version of Pocahontas.

All one has to do to cure that lack of knowledge is to be willing to go and look for information.  You will be amazed in the richness of the different cultures/tribes that inhabited the Americas long before we white folk arrived.

Another of the Mississippian cultures lies in Cahoika  (Across the river from St. Louis in Illinois) It is a World Heritage Site and contains the highest mound in North America. Some of the mounds were destroyed in the 1800s by plowing them under especially on the Missouri side of the Mississippi.

Yeah - the Cahokians started forming their government in the early-mid 700's and then they "disappeared 'round 1570 or so.

"Ancient Cahokia and the Mississippians" by Timothy R. .Pauketat is a great read.

What gets me is most places have Indian names yet we don't teach about Indian heritage.

A large number of states and towns are named after NA tribes....

The state where I was born... Kansas comes from the language of the Kaw tribe know as Kansa which translates "The people of the Southwind."  We have to agree because Oklahoma blows, and Nebraska sucks!

We did this a number of years ago.  Was the state or town name you were born in come from a NA tribe?  I would say 70% of the membership on NT said yes.

In MS it is mostly Choctaw.

There was actually a Biloxi tribe. From what little history there is recorded, they think the Biloxi tribe merged with others.

If I remember correctly 25 states have Native names.

The town and state I was born in both have native names.

Mnisota (Minnesota from the Dakota Sioux) Mni means water sota has two different meanings, one is sky tinted the other is cloudy.

Choctaw for the mid state.  Chickasaw for the upper.  Mobile/Biloxi/Yazoo/Natchez for the Southern.

Take a look at "Native Land - Mississippi 1540 - 1798" by Mary Ann Wells - great description of the tribes and the events leading up to their removal.

And now you see why I like hanging out with you two....!  It sure ain't your looks!

Luv you too Brother - mean it.

I live about 15 miles from here. I've also been told about mounds up near Blytheville in Northeast Arkansas.

There are mounds in MS too. I think they are on the historical register.

The listing of the mounds can be found in Ralph Cross's "Atlas of Mississippi - 1974" - also a great read. 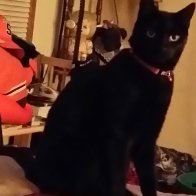 I think I saw a program on this...Can't remember if it was History or Smithsonian channel.  Cool stuff.

Eight hundred years ago, the lower Mississippi Delta was home to highly organized societies. There were roads, commerce, and cultural centers anchored by awe-inspiring earthen monuments. Wonders of geometric precision, these earthworks were the centers of life. However, mound construction was in a period of decline in the 1500s, when the first Europeans arrived in the region and brought with them epidemic diseases which decimated native populations across the Southeast. As a result, by the time sustained contact with European colonists began about 1700, the long tradition of mound building was reaching its end.

The Serpent Mound in Ohio is thought to date back to 300 BC.