Progressives say the survival of the republic depends on the legislation. Republicans call it a partisan power grab.

WASHINGTON — Congress is preparing for a heated battle over the way Americans vote, with the two parties set to clash over proposed federal election standards and Republican-led state restrictions.

At issue is the fate of the House-passed For the People Act that would remake American elections from start to finish. It would force states to offer at least 15 days of early voting, universal access to mail-in voting and same-day registration for federal races. It'd make Election Day a national holiday, too.

The divisions between the two parties are sharp. President Joe Biden and Democrats say federal intervention is needed to stop Republicans from reviving racist Jim Crow-style restrictions that make it harder for minorities to vote. Republicans say Democrats are executing a power grab to remove necessary protections on the voting process and usurp authority from states.

Where they agree: This is about the future of democracy.

The fight is sure to touch raw nerves in a country that saw its Capitol attacked just months ago by a mob of former President Donald Trump's supporters, who were egged on by groundless claims that rampant fraud had stolen the election from their candidate.

Senate Majority Leader Chuck Schumer, D-N.Y., has promised a Senate vote on the House bill after the committee process, along with the John Lewis Voting Rights Advancement Act that empowers the federal government to review discriminatory voting laws.

"This Senate will once again be the forum where civil rights is debated and historic action is taken to secure them for all Americans," Schumer said in a letter to senators. "Each of these bills will receive full consideration in committee and eventually on the Senate floor."

The bill, known as H.R.1 and S.1, got a hearing Wednesday in the Senate Rules Committee that featured rare sparring on the panel between Schumer and Senate Minority Leader Mitch McConnell, R-Ky., signaling the commitment on each side to their irreconcilable positions.

McConnell criticized the bill as "a grab-bag of changes" that go beyond voting rights. He highlighted a provision to restructure the Federal Election Commission, calling it a ploy to make it more partisan. He called the campaign finance restrictions an assault on free speech and a gift to "cancel culture."

The S.1 bill is highly unlikely to win the minimum 10 Republicans needed to break a filibuster. And Democrats have yet to unify their 50-member caucus to secure a majority.

Some progressives believe they can make the voting rights bills a rallying cry to gut the 60-vote threshold, which Biden expressed openness to supporting on Thursday.

Democratic senators and progressives say now is the time to fight.

"The choice is the republic or the filibuster — there is no third option," said Ezra Levin, co-founder of Indivisible, a national network of progressive activists. "We are at an inflection point in American history. Down one path is a Trump-inspired white plutocracy, and down the other is a representative democracy."

Levin said he will consider it a "personal, organizational and movement-wide failure of historic, catastrophic proportions" if the voting rights bills, along with making Washington, D.C., a state, don't pass this year.

Senate Republicans have made clear they intend to push back hard.

"If they want a fight, they're going to get a fight," Sen. John Cornyn, R-Texas, said in an interview, calling the legislation an "incredibly radical power grab" by Democrats.

"It's an existential threat, I think, to our election system and to our democracy," said Cornyn, a close ally of McConnell, also an ardent opponent of the bill. "Basically what they want to do is install a permanent partisan advantage and run all the elections out of Washington, D.C., and eliminate ballot integrity measures like voter ID."

"If Republicans want to come to the table [and] have a discussion about what kind of package they can support to make voting more easy, easier and more accessible, the president is absolutely open to having that discussion," she said.

Sen. Patty Murray of Washington, the No. 3 Democrat, said the For the People Act is "essential to making sure our democracy stays a democracy" and added she'll consider exemptions to the filibuster to pass it.

Sen. Raphael Warnock, D-Ga., raised the issue of voting rights and the filibuster hurdle with Biden during a private Democratic meeting recently, and the president "indicated he was open to a discussion about filibuster reform," said an aide familiar with the conversation.

The tension was evident Thursday when Georgia's Republican Gov. Brian Kemp signed a restrictive package of new election laws in the newly competitive battleground state that helped elect Biden and hand Democrats control of the Senate.

Kemp used the moment to slam the For the People Act as an "unconstitutional power grab."

"The contrast could not be clearer," he said, touting a bill that would add additional ID requirements to mail-in ballots, give the state legislature more power over county-run elections and even make it illegal to bring food to voters standing in line to cast a ballot.

Biden called the Georgia bill "sick" and "un-American," promising to work to "figure out how to pass the legislation passed by the House."

"I am convinced that we'll be able to stop this because it is the most pernicious thing. This makes Jim Crow look like Jim Eagle," Biden told reporters.

Georgia is not alone.

There are more than 250 restrictive election laws under consideration in 43 states, according to the Brennan Center for Justice at New York University School of Law, and experts believe the vast majority of the restrictions would be thwarted by the House's bill.

Sen. Joe Manchin, D-W.Va., is a notable holdout on the For the People Act.

He endorsed provisions in the bill to expand ballot access, including the guarantee of 15 days of early voting. But he said there are "legitimate concerns" about whether some jurisdictions, particularly rural areas, can implement parts of the law. He also called for a bipartisan bill to mitigate America's "declining trust in the government and each other."

"That trust will continue to diminish unless we, as members of Congress, transcend partisanship to strengthen our democracy by protecting voting rights, implementing common sense election security reforms and making our campaign finance system more transparent," Manchin said.

The ad wars are just beginning.

End Citizens United and the affiliated Let America Vote Action Fund have joined the National Democratic Redistricting Committee to launch a $30 million advocacy campaign. Two-thirds will go toward television and digital ads. The other $10 million will be used to try to generate public support by hiring 50 staffers across Alaska, Arizona, Georgia, Maine, Pennsylvania and West Virginia.

Those groups are leading a coalition that includes the labor union Communications Workers of America, anti-gun-violence group Brady and government watchdog group Common Cause. Since mid-February, the coalition says it's sent more than 2.3 million texts, phoned more than 120,000 voters and called Senate offices more than 38,000 times.

The Working Families Party told NBC News it launched a six-figure digital ad buy this week to attack 10 Republicans who voted against the bill in the House — many of them pointedly in states with moderate Democratic senators.

"Look, if we can have Operation Warp Speed for vaccines, we can move at a brisk pace for the health of the body politic, for the health of our democracy," said Norman Eisen, a former U.S. ambassador and chair of nonpartisan Voter Protection Program, a group advocating for the bill.

Conservative groups are firing back with lobbying muscle of their own.

At the annual Conservative Political Action Conference in Orlando, Florida, last month, conservative speakers celebrated fraud claims and railed against the bill, urging attendees to call their lawmakers about it. Trump called it a "monster" that "must be stopped" in his keynote.

The American Conservative Union Foundation has launched the Center to Protect Elections, which is mobilizing voters against the bill.

"We need bipartisan, common-sense solutions to strengthen our voting system, but H.R.1 is not the answer," Alfredo Ortiz, head of the conservative Job Creators Network, said in a statement. "This is a time of choosing for 'centrist' Democrats like Joe Manchin and Kyrsten Sinema." 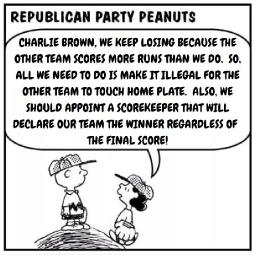