Joe Biden, Olivia Rodrigo did not appear in press briefing together with Jen Psaki 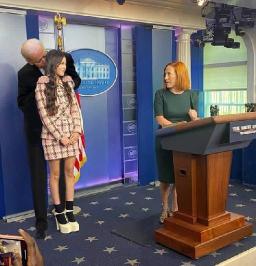 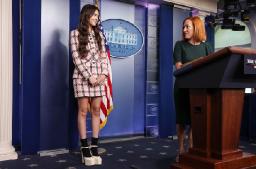 Teen singer and actress Olivia Rodrigo visited the White House on July 14 to encourage younger Americans to get the COVID-19 vaccination. During her visit, she recorded videos for a social media push, met with President Joe Biden and Dr. Anthony Fauci, and dropped in on a White House press briefing.

Rodrigo’s White House appearance sparked plenty of news headlines,   fashion analysis   and   memes . But   one manipulated photo   on social media   gave us déjà vu , because it was altered to make Biden look creepy.

The photo came from Rodrigo’s drop-in at a White House press briefing with press secretary Jen Psaki, which lasted just a few minutes.

In reality, Biden wasn’t there. But someone out there decided to photoshop Biden into the picture behind Rodrigo, squeezing her shoulders as Psaki looked on.

"Psaki face says it all," a Facebook user wrote July 15.

The photo was flagged as part of Facebook’s efforts to combat false news and misinformation on its News Feed. (Read more about our partnership with Facebook.)

After a quick intro by Psaki, Rodrigo walked up the mic and told reporters how she was honored to speak up for the COVID-19 vaccines. "I'm in awe of the work President Biden and Dr. Fauci have done and was happy to help lend my support to this important initiative," Rodrigo said.

"Thanks for stopping by, Olivia, and for using your voice to urge young people to get vaccinated," reads the caption from the   POTUS Instagram account.

The photo of Biden in the manipulated image appears to be lifted from a swearing-in ceremony for former Defense Secretary Ash Carter in 2015. His wife, Stephanie Carter,   said   Biden was squeezing her shoulders in support because she was "uncharacteristically nervous," and the photo had been misconstrued

Biden hater's hard drives must be filling up with this nonsense.

If he had been there, the old pervert would have rubbed her shoulders and sniffed her hair

There is a link in the article that shows the two in the Oval Office ... appears the only down and dirty they got into was posing with sunglasses. Aw!

The irony is that photo is a photoshop of a legio photo of Joe Biden doing exactly that to a different female.

The irony is that were it not for the article you would believe both to be true.

Actually Joe met Olivia later and was humping her leg in the Oval Office.

This is the actual, original photo with Stephanie Carter, so no big deal. 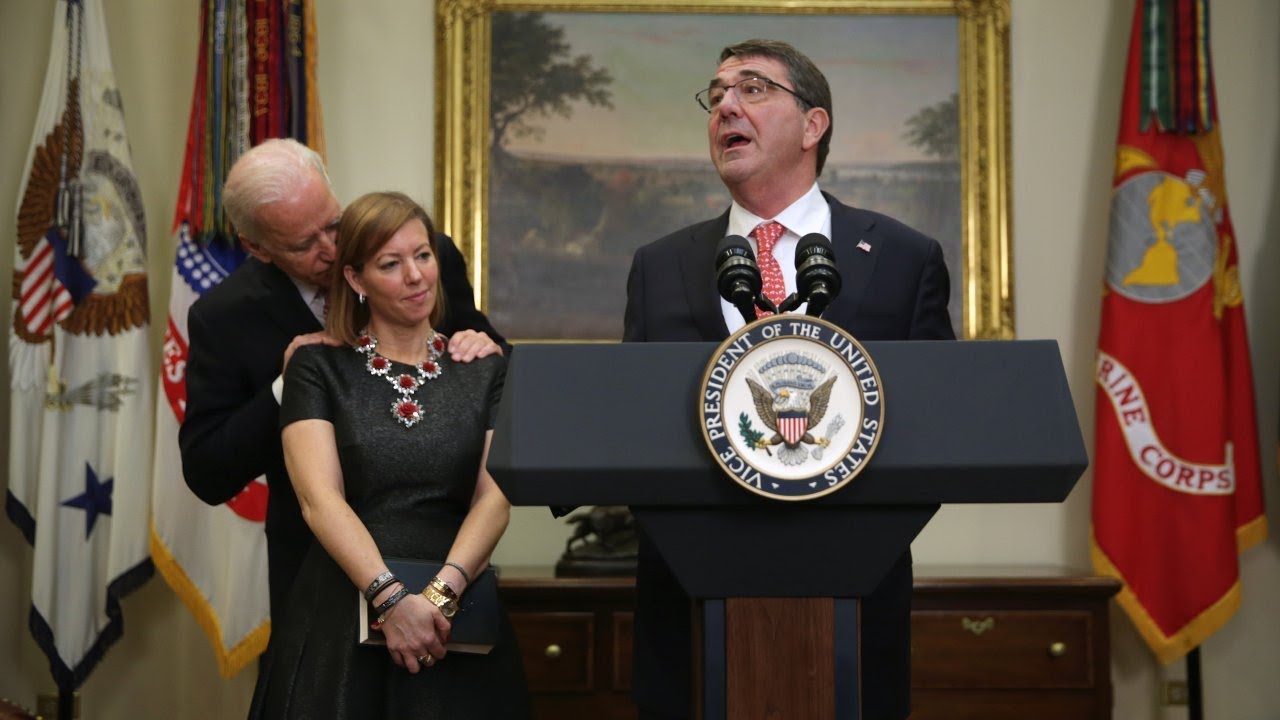 That's only been rumored, never shown to be true.

He said it on tape and has been accused of rape/sexual assault like 20 times. Plus he liked to stroll around the changing rooms of underage girls and was friend with Epstein.

Your boy if a fucking pervert, just admit you are okay with that.

It should also be taken into account that Trump hung around with whores so the behavior standards were low.

That is also true. Truly a paragon of morality.

Does those low behavior standards apply to Hunter Biden also?

I seeded this over a year ago and you awakened it because?

At this point what difference does it make.

Notice you haven't asked the same question on post 3.

Well, how are we supposed to figure out for ourselves whether Joe Biden touched Olivia Rodrigo if there are no manipulated images for the later meeting in the closed setting?