The actor's Instagram posts prove the power of the #TransIsBeautiful movement.

The actor's Instagram posts prove the power of the #TransIsBeautiful movement. 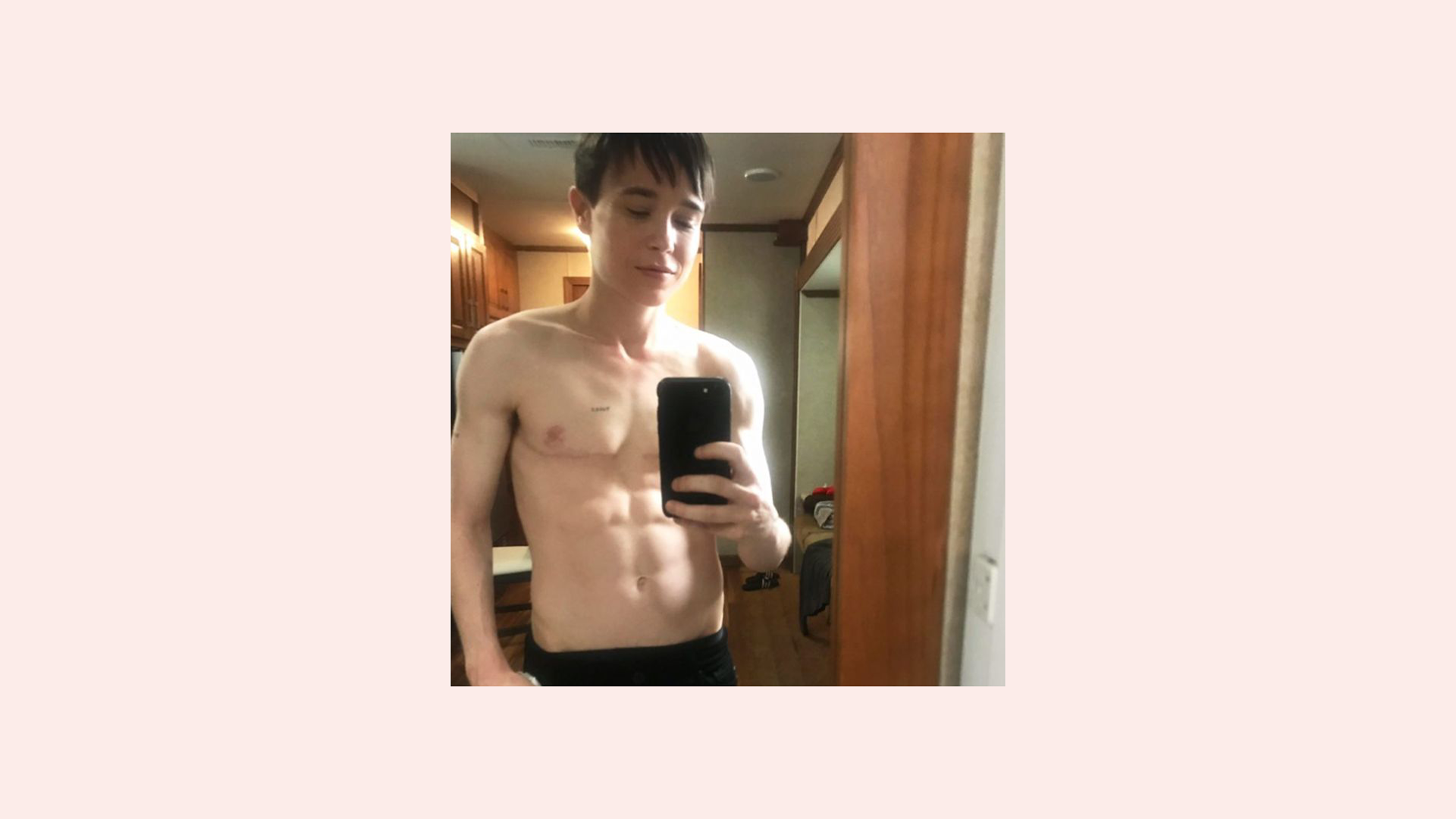 Last Friday, Elliot Page posted a shirtless snapshot to his Instagram story with the graphic "TGIF," as reported by E! News. The pic is a simple one, showing the actor chilling at home, smiling gently as he flexes his frankly unfairly sculpted abs in the mirror. (At least, I think he was flexing. Do they just look like that at rest? Jeepers!)

The photo was proof the Umbrella Academy star is truly out here living his best life. But there's a deeper significance behind his recent selfies, too.

This isn't the first time Page has revealed a quietly intimate moment via his Insta feed. Back in May, he posted a picture of himself grinning by a backyard pool with the caption "trans bb's first swim trunks," adding the hashtags #TransJoy and #TransIsBeautiful.

These images aren't just important because they're radiant thirst traps — though to be clear, my teenage crush on Page continues unabated, and he can keep posting these pics as much as he wants. What makes these casual posts so significant is the fact that they're a celebration of visible transness that are having a widespread impact beyond our social media feeds.
Whereas a decade ago, selfies like Page's might have been picked up in gossip tabloids and dissected for prominently showing off the actor's top surgery scars, publications as vanilla and normative as USA Today and Men's Health ran the story over the weekend with headlines focusing primarily on Page's "six-pack" washboard abs.

The term "normalize" might be turning into a glib meme, but Page's presence in the public consciousness is actively influencing how people perceive trans bodies and conceptualize trans beauty. Transmasculine people rightfully point out that visibility, while a double-edged sword, is more swiftly granted to transfeminine people; Page's photos break with that trend, and do so while showcasing the ways in which his body is visibly trans, rather than hiding or downplaying them. The reaction they've received in the mainstream media is proof that people are starting to embrace transness as being beautiful in and of itself.

While it's vital to remember that trans visibility is not the same as liberation, Page's posts echo Orange is the New Black star Laverne Cox's original intent for the #TransIsBeautiful hashtag.
"I started #TransIsBeautiful as a way to celebrate all those things that make trans folks uniquely trans, those things that don't necessarily align with cisnormative beauty standards," she wrote in a 2015 blog post.

Because no single individual can properly represent all trans people, Cox explained, "we need diverse media representations of trans folks to multiply trans narratives… and [to] depict our beautiful diversities." 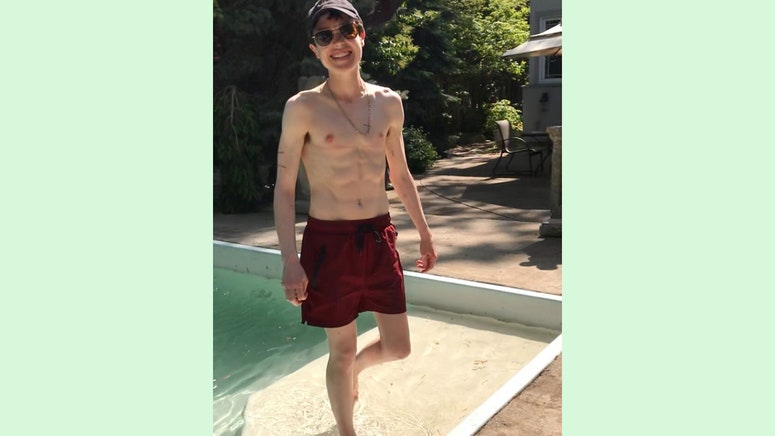 By sharing his experiences, and yes, by posting images of himself, Page has been helping the media broaden its understanding of trans embodiment.

"It's the little things," he told Oprah in May during his first interview after coming out. "Getting out of the shower and your towel is around your waist and you're looking at the mirror and you're just like, 'Here I am'... Not having the moment where I'm panicked. I'm not having all of these little moments that used to be — just being in a T-shirt. Being able to touch my chest and feel comfortable in my body for probably the first time."

And at the end of the day, it's not even the abs that make us thirsty for Elliot Page, all my swooning notwithstanding. (I'm a fangirl, what can I say?) At the risk of feeding the old cliche, it's his confidence that's sexy — more specifically, confidence in being trans, and in embracing himself. Nobody needs to "pass" perfectly as cisgender in order to be gorgeous. Trans people are not handsome or beautiful in spite of the parts of our bodies that are visibly trans, but with and because of them.
Thanks for giving us that reminder, Elliot. Enjoy the pool.

Get the best of what's queer. Sign up for them .'s weekly newsletter here.