FILE - In this Feb. 23, 2014, file photo South Dakota Attorney General Jason Ravnsborg speaks in Sioux Falls, S.D. Attorney General Ravnsborg will avoid a trial and take a plea deal for misdemeanor traffic charges in a crash last year in which he hit and killed a man who was walking along a rural highway, a prosecutor said Wednesday, Aug. 25, 2021. (AP Photo/Dirk Lammers, File)

The House had indicated earlier this year that it might resume talks of impeachment after the trial against Attorney General Jason Ravnsborg concluded. That happened last week when the   Republican attorney general pleaded no contest to a pair of traffic misdemeanors for a crash last year that killed Joseph Boever , who walking on a rural highway on Sept. 12.

Ravnsborg avoided jail time but was sentenced to fines totaling over $4,500 for making an illegal lane change and using a cellphone while driving. Investigators said his car had swerved onto the shoulder of the rural highway where Boever was walking and found that Ravnsborg had been on his phone about a minute before the crash.

The Republican governor has applied maximum pressure on Ravnsborg to step down, but so far he has resisted those calls and insisted he can carry forward in his office.

“The remarkable detail in this investigation file will assist the House in its important work of considering whether to proceed with impeachment articles for the Attorney General," Noem said in a statement.

House Speaker Spencer Gosch said he would be evaluating the investigation, but he had not determined the process in the House and what information would be publicly released.

Noem's secretary of public safety, Craig Price, said in a publicly-released letter to House Speaker Spencer Gosch that he believed the attorney general should have been charged with 2nd Degree Manslaughter.

“In my opinion as a 24-year law enforcement officer, and in the opinion of the highly trained highway patrol officers involved in this investigation, Mr. Ravnsborg should have been charged with 2nd Degree Manslaughter,” Price stated. “The prosecution team was well aware of that position."

The governor's office released a list of 65 items it was including in the investigation file, including cellphone data, interviews and crime scene mapping.

“Politics never entered into this investigation,” Price said in his letter.

Something I agree with Noem on.  This scumbag ATTORNEY GENERAL essentially got away with murder IMHO.

It was Ravnsborg’s seventh speeding infraction in seven years,   according to local media —but hardly his most serious traffic violation.

That came in September 2020 when Ravnsborg rammed his car into Joseph Boever on a highway shoulder while driving home from a Republican Party function.

Ravnsborg, the top law-enforcement officer in the state, called police and said he thought he had hit an animal. Boever’s body was not found until the next day when Ravnsborg returned to the highway.

During an interrogation, investigators told Ravnsborg that he hit Boever so hard and directly that the dead man’s glasses ended up inside his car.

“That means his face came through your windshield,” a North Dakota Bureau of Investigation agent told Ravnsborg. “His face is in your windshield. Think about it.”

The AG, who said he was scanning something on his phone right before the crash, was charged with three misdemeanors: use of an electronic device while driving, illegal lane change, and careless driving.

Last week, just before trial, Ravnsborg cut a deal with prosecutors to avoid trial: The careless driving count was dropped and he pleaded no contest to the other charges, incurring a $500 fine for each.

But now he faces a new misdemeanor charge for “speeding on other roadways” for the incident in Hughes County the night of Aug. 22. A fine of $177.50 is due Sept. 20, according to Dakota News Now.

Ravnsborg has not commented on the latest incident but was already facing calls to resign from both Democrats and Republicans and possible impeachment proceedings. He has said he will not step down.

This story has been updated to reflect that Ravnsborg called police after hitting Boever and did not leave the scene without permission.

It’s kind of jaw-dropping how this is getting swept under the rug. A misdemeanor?? He killed a person.

And he gets to keep his job as chief law enforcement officer in the state? He killed a person. FFS!

Especially when he first reported he thought he hit a deer and left the scene.

And I’m sure he wasn’t drunk or anything, but we’ll never know because he just drove home.

Yeah, and allowed to plead to misdemeanors by the people who work under him. Convenient. 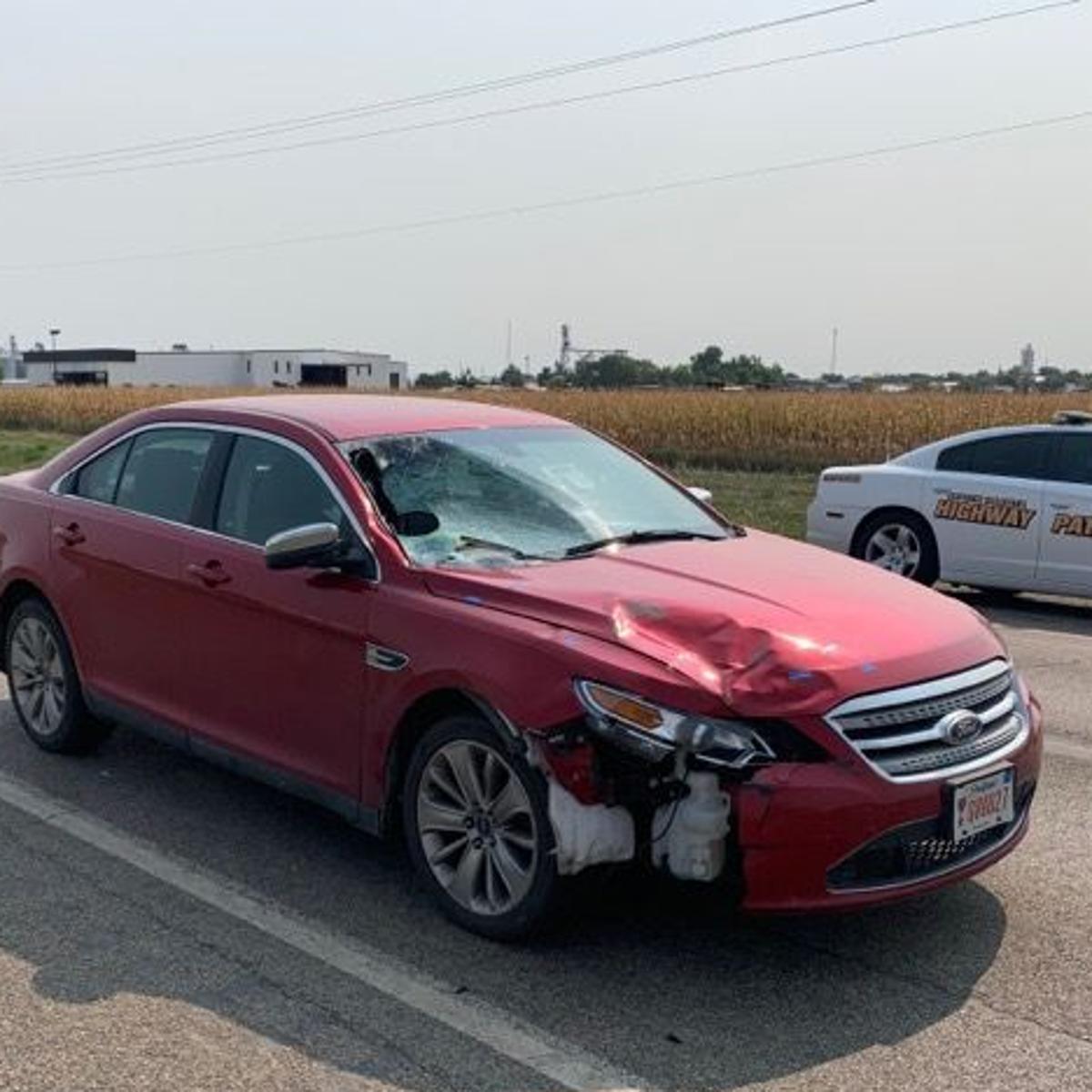