An unrelenting stream of immigration. Nonstop, nonstop. Folks like me who are Caucasian, of European descent, for the first time in 2017 we'll be an absolute minority in the United States of America. Absolute minority. Fewer than 50% of the people in America from then and on will be white European stock. That's not a bad thing. That’s a source of our strength....Joe Biden

Yesterday Joe Biden told us that he was going to get the situation on the border under control. Border agents in Del Rio, Texas, the center of the massive migrant encampment, say they are simply releasing all families and all women claiming to be pregnant. It seems that Fox News has been successful in bringing the huge camp to the attention of the American public. Now the Biden administration wants to get it cleared out as soon as possible. As recently as last Saturday there were an estimated 15,000 migrants living there. The number of migrants living there has dropped to about 5,300. Many of these migrants were Haitans who had been living in South America.

DHS has admitted that many of the migrants were released directly into the US saying "Individuals who are not immediately repatriated are either placed in alternatives of detention, detained in an ICE facility or released with a legal document (either a notice to appear in court or a notice to appear at an ICE office for further immigration processing)"...DHS spokesperson Sep 22, 2021.  NTR means "Notice to appear."  Please appear!  So now we know the truth.

A few migrants have been sent back. On one repatriation flight back to Port-au-Prince, Haitian migrants revolted on the tarmac, throwing shoes at the aircraft and injuring 3 American ICE agents in the process. We heard nothing about that incident from the administration, but we did hear from Jen Psaki, who told us that Joe Biden thought the sight of a mounted American border patrol agent trying to prevent Haitian migrants from entering the US looked "horrific."

None of this is an accident or is it simply bad policy. It is all happening by design. Why would an American president do this to his own country?

Joe Biden already told us about 6 years ago, as vice president, when he still had a reasonably functioning brain:

"An unrelenting stream of immigration. Nonstop, nonstop. Folks like me who are Caucasian, of European descent, for the first time in 2017 we'll be an absolute minority in the United States of America. Absolute minority. Fewer than 50% of the people in America from then and on will be white European stock. That's not a bad thing. That’s a source of our strength." .. ..Joe Biden

"An unrelenting stream of immigration" ?   Why? Joe Biden told us, didn't he? To change the racial mix of the country. That’s the reason. To reduce the political power of people whose ancestors lived here.


The encampment looked like a scene from a third world country: 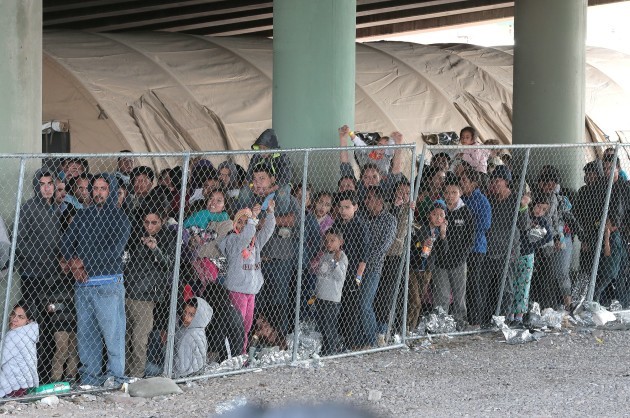 "A stunning scene more reminiscent of a third-world country than the United States. Over 10,000 migrants are crammed underneath the international bridge here after crossing illegally into the United States. Many using sticks, plants, and whatever they can find to build shelter, as they wait to be processed by border patrol. From above, a Fox News drone reveals the size and scope of the crisis showing a camp that reached a population of 15,000 at its climax. Because of this, over the weekend we gained exclusive access to a boat on the Rio Grande. We watched as a constant stream of hundreds of migrants crossed the river from Mexico entering the United States illegally, hundreds at a time gathering on the shoreline before walking on the bridge."...... BILL MELUGIN

How did they explain all of this?

DOOCY: If somebody walks into the country right across the river, does somebody ask them to see their vaccination card?

PSAKI: Well, let me explain to you again, Peter, how our process works as individuals, as individuals come across the border and they are both assessed for whether they have any symptoms. If they have symptoms, they are the intention is for them to be quarantined. That is our process. They're not intending to stay here for a lengthy period of time.

"They're not intending to stay here for a lengthy period of time." ???


According to the Associated Press, "Many Haitian migrants camped in a small Texas border town are being released in the United States." Haitians , one official told the AP, have been freed on a quote "very, very large scale."


For the second day in a row, DHS Secretary Mayorkas refused to give numbers to congress on how many migrants were allowed to enter the US or how many were turned away.


So far they are getting away with it!

Psaki was also asked if Joe Biden had ever visited the border?

She has yet to respond.

America is so great immigrants want to come here!

They have to come legally.

Exactly, no one has any problem with legal immigration. Follow the damn immigration laws!

What we have now is anarchy at the southern border; and the largest super spreader event of Covid 19 in the world.

and the largest super spreader event of Covid 19 in the world.

Ya, that's the other part of it. Look what that did to the great state of Texas.

They're not intending to stay here for a lengthy period of time.

According to Psaki, the administration does not even consider them immigrants or migrants. So, don't be talking about the process or laws.

That right. That's the progressive stand

To some, foreigners are more important than Citizens

We call them "The Left", "Democrats", "Liberals", "Braindead", "Progressive" 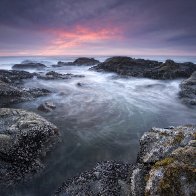