He helped look for himself for hours before realising who the search party was looking for.

He helped look for himself for hours before realising who the search party was looking for. SJby Shamani Joshi Mumbai, IN September 29, 2021, 10:06am

Photo for representative purposes only by Yuri_Arcurs / Getty

A missing man in Turkey accidentally joined his own search party and looked for himself for hours before he realised he was the target of the rescue mission.

According to local media reports, Beyhan Mutlu, a 50-year-old man from a rural region in Turkey, was out drinking with his friends when he wandered off into a nearby forest and didn't return. Worried about him, his friends then alerted authorities, who set up a search and rescue mission to find him.

According to Turkish channel NTV, when news of the missing man got out, efforts to find him intensified in nearby neighbourhoods, with a large group of volunteers joining the mission. This search party was calling out Mutlu's name for hours when suddenly a man from within the group spoke up and reportedly said: "Who are we looking for? I am here."

It is unclear how Mutlu found himself in his own search party or how his friends didn't realise that he was right under their nose the whole time. Police were able to safely escort Mutlu to his home.

This isn't the first time a missing person joined their own rescue mission. In 2012, an Asian tourist who went missing in Iceland was also found in her own search party after she reportedly failed to recognise her own description.

ORIGINAL REPORTING ON EVERYTHING THAT MATTERS IN YOUR INBOX.

By signing up to the VICE newsletter you agree to receive electronic communications from VICE that may sometimes include advertisements or sponsored content.

Thank you Alex, I'll take "Signs you might have a drinking problem" for $2000.

Used to be a paramedic and truth is always stranger than fiction.

This would be a great plot twist for a novel or movie.

After a hard night at Bob's Country Bunker bar and grill where chicken wire protected the band.

Back in my youth I actually played places like that. They still exist. 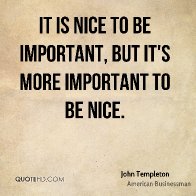