“I always say, if it's going to happen, let it happen early,” manager Dusty Baker said. “You don't want it to happen in the middle of the game or toward the end of the game. The guys came through. That's what counts.

ATLANTA — He is a hero from a hated team, the man who made a closer mortal and a championship conceivable for a storm-stricken city. Four Octobers ago, Marwin Gonzalez gave Houston hope with one home run. His meaning to the franchise far exceeds one ninth-inning swing at Dodger Stadium.

Gonzalez emerged from the embers of two 100-loss seasons to create a foundation for the club’s future. He befriended a tiny second baseman who turned into a superstar. He played serviceable defense at six positions and provided professional plate appearances from both sides of the plate. Gonzalez is intertwined in the fabric of a golden era, anonymous to some but indispensable to others.

“The team chemistry is great when he's around,” shortstop Carlos Correa said. “He's (Jose) Altuve's best friend, so having him around helps Altuve in a big way. And he's a postseason hero for us. We know when the moments are big, it's not going to be too big for him.”
Correa and other holdovers from the 2017 team urged Houston general manager James Click to sign Gonzalez in August. The Red Sox jettisoned him after 271 plate appearances and a .567 OPS. Click obliged.

Gonzalez’s minor league deal in August drew the same frenzied attention as a marquee free-agent signing. He afforded a veteran presence, defensive reliability and the faint hope for history to repeat itself, with a series in the balance or a season in peril.

“I played with some of these guys for seven years, which they’re more than teammates,” Gonzalez said. “They’re my family. It feels like home. You sleep better in your bed than you sleep in a hotel. I see it that way. I feel grateful to be here.”

Sunday’s bloop single may not generate the glamour of Gonzalez’s game-tying home run. Both still count among the biggest swings in Houston baseball history. His solo shot against Kenley Jansen during Game 2 of the 2017 World Series allowed the Astros to avoid a 2-0 series deficit.

His bases-loaded single on Sunday helped them to play another day. Summoned as a pinch-hitter for the pitcher's spot, Gonzalez got Houston ahead with a first-pitch blooper between two charging Atlanta defenders. It completed a four-run comeback and illustrated the capabilities of an offense that, at long last, resembled itself during a 9-5 win.

The Astros smashed 12 hits and saw contributions from every part of their order. Gonzalez drove in two runs. Eight-hole hitter Martín Maldonado sent in three. Correa contributed three hits after collecting two during the series’ first four games. Houston had five hits with runners in scoring position. It had four during the first four games combined.

“Throughout the whole year, obviously, there are ups and downs and 162 (games), so you've got time to make up for that,” Correa said. “Here there's no time for that. It took us four games, the fifth game. We made the adjustments.”

Duvall demolished a first-inning grand slam to send a sold-out ballpark into delirium. No team in major league history had ever allowed more than two postseason grand slams. Houston has allowed four. Teams were 18-2 in World Series games when hitting a grand slam. Atlanta had reason to party. It became premature.

“I always say, if it's going to happen, let it happen early,” manager Dusty Baker said. “You don't want it to happen in the middle of the game or toward the end of the game. The guys came through. That's what counts.

Houston is the fourth team to overcome a four-run deficit in a World Series elimination game. Baker witnessed the third in 2002. He removed Russ Ortiz with a five-run lead and eight outs separating San Francisco from a title. The Angels pounced on the bullpen, forced a seventh game and captured the crown.

Baker can never detach his name from that disaster. Two more wins would write a different narrative. His Astros still face steep odds. Only seven teams have rallied from a 3-1 World Series deficit to claim the crown.

Sunday offered a blueprint for Houston’s best path. Its anemic offense awoke. Baker managed his pitching staff with aggression apt for the dire situation. He removed Valdez after eight outs. The curveball-centric southpaw threw only 27 of his 49 pitches for strikes. Atlanta teed off on his sinking, two-seam fastball for two home runs. Valdez allowed 12 homers in 134⅔ regular season innings. The Braves banged four in 4⅔ World Series frames.

Baker turned to six relievers in relief of Valdez. Starter José Urquidy even contributed a clean fourth frame. The sextet teamed to allow three hits. Atlanta did not score after Freddie Freeman’s mammoth solo home run against Valdez during the third.

Freeman’s blast gave the Braves a 5-4 lead. Snitker trusted one of his most valuable relievers to protect it. A.J. Minter entered to procure the final out of the fourth. His strikeout of Michael Brantley gave him 17 in 11⅓ postseason innings.

“Minter has been one of, I would say, the best pitchers in this series from their side,” Gonzalez said.

Correa and Yuli Gurriel struck singles against him to start the fifth. Minter, a lefty, induced a groundout from Kyle Tucker to record a huge second out. Snitker intentionally walked Bregman to make Maldonado bat. He stepped in 2-for-12 during the World Series.

“I wasn't going to swing to get a strike,” Maldonado said. “It was pretty much try and be patient.”

Maldonado crowded home plate. Minter fired five pitches. He showed both variations of his fastball — a four-seamer and his hellacious cutter. Maldonado did not swing at any of them, even the 2-0 four-seamer that bisected home plate and begged to be barreled.

Maldonado accepted the called strike. He still maintained leverage in the count and situation. Minter lived in fear of a crooked number. Maldonado thrived. He worked a game-tying walk.

“I tried to aim the ball instead of just driving it to the mitt,” Minter said. “That's obviously the one thing I would take back.”

The gaffe brought Gonzalez up. Houston did not include him on its first two postseason rosters. If not for Jake Meyers’ shoulder injury, Gonzalez may not have made this one.

Baker provided Gonzalez two plate appearances earlier in the series. Both came against righthanded pitching, forcing Gonzalez to hit from the left side. He had a .513 OPS as a lefthanded hitter in the regular season. He was .713 as a righty.

“You can't let him get too far ahead of you,” Baker said of Minter, “because this guy has a lot of weapons to work with.”

Gonzalez saw one pitch. The cutter ran inside. He struck it softly, just 70.8 mph. The baseball flew 235 feet. Eddie Rosario ran in from left field. Dansby Swanson sprinted from shortstop. It fell between them.

“It feels amazing,” Gonzalez said. “This is part of my family. The guys welcomed me like I never left. That made me feel special too. Then to be able to contribute to the team and get a win in the World Series, it means a lot.”


Chandler Rome joined the Houston Chronicle in 2018 to cover the Astros after spending one year in Tuscaloosa covering Alabama football - during which Nick Saban asked if he attended college. He did, at LSU, where he covered the Tigers baseball team for nearly four years. He covered most of the Astros' 2015 playoff run, too, as an intern for MLB.com

The Astros are still alive in 2021. And they are returning to the great state of Texas for another World Series game. Last night was truly inspiring. The Astros came back from a 1st inning 4 run deficit. That was a team effort and it was the first time I saw the Houston lineup being selective about which pitches to swing at. The Astros are not out of the woods yet. There may be 2 games left and they have to win both of them.

Poker can be brutal: NO LIMIT TAG TEAM EVENT final hand… I open raise with AJ suited. Three callers. FLOP: KQ4. Everybody checks. TEN on the turn. I now have the stone cold nuts. Guy to my right bets. I raise. Two players fold. He shoves, I snap call. 4 on the river… 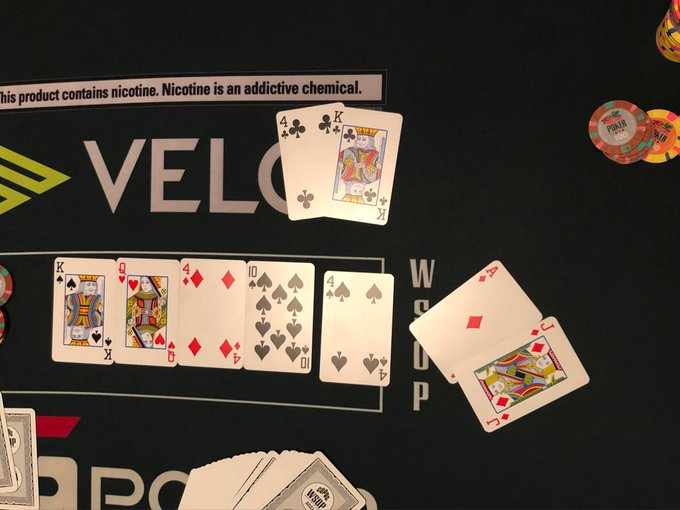 Remy, a former second baseman who had called Red Sox games on NESN for decades, was 68 years old.
A Red Sox Hall of Famer, Remy started his career with three seasons on the California Angels. He then went on to play seven seasons in Boston. “We are saddened by the loss of a beloved player, broadcaster, and 13-year cancer warrior,” Red Sox principal owner John Henry said in a statement. “Jerry’s love and connection to baseball didn’t allow anything to stand between the game and him, including for many years cancer. He devoted his entire career to baseball and whether from his seat in the clubhouse or his perch above the field in the broadcast booth, he took generations of rising Red Sox stars and a multitude of fans along for the ride with him. During his lifetime, he witnessed great triumphs and terrible tragedies handling all of it with grace, dignity, and a huge heart. He left an indelible mark on this club and on an entire nation of Red Sox fans.”