'Magic dirt': How the internet fueled, and defeated, the pandemic's weirdest MLM

Black Oxygen Organics became a sudden hit in the fringe world of alternative medicines and supplements, where even dirt can go for $110 a bag.

The social media posts started in May: photos and videos of smiling people, mostly women, drinking Mason jars of black liquid, slathering black paste on their faces and feet, or dipping babies and dogs in tubs of the black water. They tagged the posts #BOO and linked to a website that sold a product called Black Oxygen Organics.

Black Oxygen Organics, or “BOO” for short, is difficult to classify. It was marketed as fulvic acid, a compound derived from decayed plants, that was dug up from an Ontario peat bog.   The website of the Canadian company that sold it   billed it as “the end product and smallest particle of the decomposition of ancient, organic matter.”


Put more simply, the product is dirt — four-and-a-half ounces of it, sealed in a sleek black plastic baggie and sold for $110 plus shipping. Visitors to the Black Oxygen Organics website, recently taken offline, were greeted with a pair of white hands cradling cups of dirt like an offering. “A gift from the Ground,” it reads. “Drink it. Wear it. Bathe in it.”

BOO, which “can be taken by anyone at any age, as well as animals,”   according to the company , claims many benefits and uses, including improved brain function and heart health, and ridding the body of so-called toxins that include heavy metals, pesticides and parasites.

By the end of the summer, online ads for BOO had made their way to millions of people within the internet subcultures that embrace fringe supplements, including the mixed martial arts community, anti-vaccine and Covid-denier groups, and finally more general alternative health and fake cure spaces.

And people seemed to be buying; parts of TikTok and Instagram were flooded with #BOO posts. The businessman behind Black Oxygen Organics has been   selling mud   in various forms for 25 years now, but BOO sold in amounts that surprised even its own executives, according to videos of company meetings viewed by NBC News.

The stars appeared aligned for it. A pandemic marked by unprecedented and politicized misinformation has spurred a revival in wonder cures. Well-connected Facebook groups of alternative health seekers and vaccine skeptics provided an audience and eager customer base for a new kind of medicine show. And the too-good-to-be-true testimonials posted to social media attracted a wave of direct sellers, many of them women dipping their toes into the often unprofitable world of multilevel marketing for the first time.

But success came at a price. Canadian and U.S. health regulators have cracked down on BOO in recent months, initiating recalls and product holds at the border, respectively. And just as an online army of fans powered BOO’s success, an oppositional force of online skeptics threatened to shut it down.

Just before Thanksgiving, the company announced in an email it was closing up shop for good. Sellers packed video calls mourning the death of their miracle cure, railing against executives who had taken their money and seemingly run, and wondering how they might recoup the thousands of dollars they paid for BOO that never arrived.

The announcement was the apparent end of one of the most haltingly successful companies to ride a   wave of interest   in online and directly sold alternative medicines — immunity-boosting oils, supplements, herbs, elixirs and so-called superfoods that, despite widespread concerns over their efficacy and safety, make up a lightly regulated,   multibillion-dollar industry .

In a world where consumers flock to alternative health products, BOO seemed to provide an answer to the question: Just how far are people willing to dig to find their miracle cure?

Monica Wong first learned about BOO in May. The 39-year-old was scrolling Facebook from her home in Brentwood, California, and saw a Facebook ad that caught her eye: A woman in a bright green shirt emblazoned with a marijuana leaf holding a sign that read, “F--- Big Pharma!” alongside a kind of treatment that promised to “detox heavy metals.”

Wong had been looking for such a product, for her boyfriend and herself, and while the price was steep, a little internet research convinced her that the health effects would be worth it. Wong clicked on the ad and bought some BOO.

Wong said that for two months she dissolved a half-teaspoon of the black stuff in a glass of water and drank it every day. But unlike people in her new BOO Facebook group who posted miraculous testimonials of cured diseases, weight loss, clearer skin, whiter teeth, regrown hair, reclaimed energy, expelled worms and even changes in eye color (from brown to blue), Wong didn’t feel like any toxins were leaving her body. In fact, she started having stomach pains.

“I can’t say it was the BOO for sure,” Wong said she remembers wondering as she went to the hospital for tests, “but wasn’t it supposed to heal my gut?”

Wong quit taking BOO and told the head of her Facebook group, a higher-ranked seller who earned commission off Wong’s participation, about her new pains. When asked why she didn’t alert others, Wong said the group administrators, BOO sellers themselves, censored the comments to weed out anything negative. “They’d never let me post that,” she said.

These online groups are filled with true believers, acolytes who call it “magic dirt.” They post that they are drinking, cooking, soaking, snorting and slathering BOO on their bodies and giving it to their families, children and pets.

“Who would have thought drinking dirt would make me feel so so good?” one person in a 27,000-member private Facebook group posted, her face nuzzling a jar of black liquid.

Another user posted a photo of a baby sitting in a bathtub of water colored a deep caramel. In the caption, she shared that the baby had contracted hand, foot and mouth disease — a virus that mainly affects children and causes painful sores. “Tiny is enjoying his Boo bath!” she wrote. “We’re happy to say our bottom feels happier and we’re in a better mood!”

Many such posts are dedicated to tactics for getting kids and loved ones to take BOO.

“Boo brownies for the picky family,” one poster offered.

Testimonials like these make up the majority of posts in dozens of Facebook groups, set up and overseen by BOO sellers, with hundreds of thousands of collective members, where BOO is heralded as a miracle drug. Teams of sellers in these private Facebook groups claim that, beyond cosmetic applications, BOO can cure everything from autism to cancer to Alzheimer’s disease. Conveniently in these times, BOO proponents say it also protects against and   treats Covid -19, and can be used to “detox” the newly vaccinated, according to posts viewed by NBC News.

None of the posters contacted by NBC News returned a request for comment. But there may be an incentive for the hyperbole.

Black Oxygen Organics products can’t be bought in stores. Instead, the pills and powders are sold by individuals, who theoretically profit not only off their sales but off those of others they recruit. It’s the type of top-down and widening profit-modeled business, known as multilevel marketing or MLM, that has led critics to label BOO and products like it   pyramid schemes .

Participation in MLMs boomed during the pandemic with 7.7 million Americans working for one in 2020, a 13 percent increase over the previous year, according to   the Direct Selling Association , the trade and lobbying group for the MLM industry. Wellness products make up the majority of MLM products, and, as the Federal Trade Commission noted, some direct sellers   took advantage   of a rush toward so-called natural remedies during the pandemic to boost sales.

More than 99 percent of MLM sellers lose money, according to the Consumer Awareness Institute, an industry watchdog group. But according to social media posts, BOO’s business was booming. In selfies and videos posted to Facebook, Instagram and TikTok, women lather BOO on their faces and soak their feet in sludge-filled pasta pots while, they claim, the money rolls in.

Black Oxygen Organics’   compensation plan , like most MLMs, is convoluted. According to their company handbook, sellers, called “brand partners,” can earn income in two distinct ways: through retail commissions on bags of BOO they sell, and through recruiting other sellers, from which they earn additional commission and bonuses. The more recruits a seller brings in, the more quickly the seller rises in the ranks — there are 10 titles in the company, from brand partner to director to CEO, with compensation packages growing along the way.

Black Oxygen Organics’ vice president of business development, Ron Montaruli, described the craze in September, telling distributors on a Zoom call viewed by NBC News that the company had attracted 21,000 sellers and 38,000 new customers. Within the last six months, sales had rocketed from $200,000 a month to nearly $4 million, Montaruli said, referring to a chart that showed the same. (Attempts to reach Montaruli were unsuccessful.)

Facts around the company’s actual income are as hazy as the mud it sells, but the secret to dealing dirt seems to be Facebook, where sellers have created dozens of individual groups that have attracted a hodgepodge of hundreds of thousands of members.

The largest BOO Facebook groups, including one with over 97,000 members, are led mostly by MLM jumpers, the term for people who sell a range of MLM products. The groups have also attracted more general alternative health consumers, as well as people seemingly suffering from   delusional parasitosis , a condition characterized by the misguided belief that one’s body is being overrun by parasites. Users in these groups mimic activity in anti-parasite internet groups by dosing according to phases of the moon and posting photos of dirty water from foot baths or human waste from toilets asking others to identify a mystery worm.

Canada also offers a Poutine version of BOO with extra ‘cheese’. Our trucks are loaded and ready to go … order now and receive a free set of toothpicks made by certified Canadian tree huggers.

I think I'll pass. I'm supposed to cut down on carbs

is there any that's collected in dog parks or cat boxes for the animal lovers with more money than sense?

Remove heavy metals??? That's laughable. If it's coming from a peat bog there are beaucoup heavy metals in it already.

Right from the land of ''sky blue waters'' is our newest cure all. POO, an extract from the bowels of Lake Winnikaka it is guaranteed to cure anything you have and some things that you don't have and other things you will never have.

Order now and receive a free photo of your Spirit Animal.

Order now and receive a free photo of your Spirit Animal.

You will want to know what your Spirit Animal looks like when s/he comes to take you to the After Life.

This is a photo of my spirit animal and he goes where ever he wants. 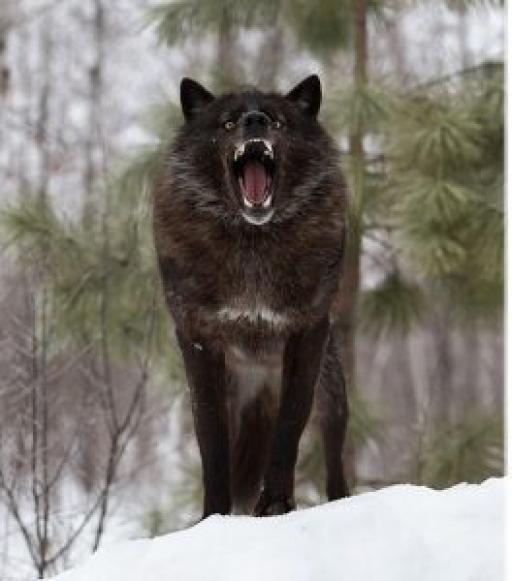 Are you sure it's not the other wolf? 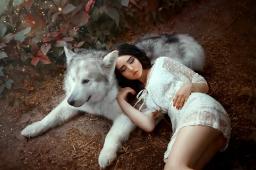 On the way, Hallux.

I've gone fishing three times, so far my trophies are a rubber boot, a plastic gallon full of water and off the coast of Bermuda, a 27 inch Sony TV.