Sinema doubles down on filibuster, in setback for rules change talks

By:   BY JORDAIN CARNEY

In a statement to POLITICO, a spokesperson said that Sinema “continues to support the Senate's 60-vote threshold, to protect the country from repeated radical reversals in federal policy which would cement uncertainty, deepen divisions, and further erode Americans’ confidence in our government.”

Sen.  Kyrsten Sinema  (D-Ariz.) is doubling down on her support for the 60-vote legislative filibuster, throwing a wrench into a frantic, last-ditch effort to get a deal to change the Senate's rules before the end of the year.

Her statement on the topic comes as a group of Democratic negotiators tasked with leading the discussions have been holding a flurry of  behind-the-scenes talks  about how to change the rules and break the stalemate on long-stalled voting rights legislation.

But while Sinema is making it clear that she supports voting and election reform bills that have been blocked by GOP senators, she is also standing by her support for keeping the 60-vote legislative filibuster and warning against a carve-out from the rule for voting rights.

John LaBombard, a spokesman for Sinema, said that she "continues to support the Senate's 60-vote threshold" which she believes would "protect the country from repeated radical reversals in federal policy which would cement uncertainty, deepen divisions, and further erode Americans’ confidence in our government."

"Senator Sinema has asked those who want to weaken or eliminate the filibuster to pass voting rights legislation which she supports, if it would be good for our country to do so," LaBombard said, if a weakened filibuster was then used to pass "nationwide voter-ID law, nationwide restrictions on vote-by-mail, or other voting restrictions currently passing in some states extended nationwide."

Sinema's statement comes as Sens.  Tim Kaine  (D-Va.),  Jon Tester  (D-Mont.) and  Angus King  (I-Maine), who is a member of the Democratic caucus, have been holding talks for weeks to try to come up with a plan to change the Senate's rules that could win over all 50 Senate Democrats.

The discussions have hit new urgency as Democrats are facing the growing chance that they reach the end of the year with  President Biden 's Build Back Better (BBB) bill in limbo, and without a clear path forward on voting rights legislation, despite activists and many senators viewing it as a top priority.

Majority Leader  Charles Schumer  (D-N.Y.) is also getting pressure from within the caucus to move voting rights legislation. But because 10 GOP senators are not expected to support a bill, the only way for it to get through the Senate is with a rules change on the filibuster.

Rules changes can pass with 67 votes, which would require the support of at least 17 GOP senators, or Democrats could use the "nuclear option" to change the rules with a simple majority if they had total unity in the conference and Vice President Harris to break a tie.

Much of the behind-the-scenes effort, and public attention, has been on trying to win over Sen.  Joe Manchin  (D-W.Va.), who has long opposed party-line rules changes. Manchin has acknowledged that he's talking about a range of ideas with both Democrats and Republicans, but hasn't publicly endorsed any, and has said that any rules changes should be bipartisan.

King, Kaine and Tester have met with Manchin several times this week and have been in contact with him about potential changes to the Senate rules for weeks. After meeting with him on Wednesday, they then met with Schumer.

Sinema also met with Manchin and the Democratic negotiators on Wednesday, though it's unclear if they had met with her before this week. Democrats also discussed how to pass voting rights during a closed-door caucus lunch on Tuesday.

Among the ideas being discussed by the group of negotiators is requiring 41 "no" votes instead of 60 "yes" votes, exempting certain bills from the filibuster requirement or switching to a talking filibuster. That would let opponents delay a bill for as long as they could hold the floor but ultimately only require bills to get a simple majority to then pass.
But Sinema has long warned that she supports the requirement that most legislation has to get 60 votes to pass the Senate and has been skeptical of the idea of a carve-out that would let voting and election legislation pass by a simple majority.

Reiterating an offer she made earlier this year, LaBombard said that Sinema believes "it is time for the Senate to publicly debate its rules, including the filibuster."

"If there are proposals to make the Senate work better for everyday Americans without risking repeated radical reversals in federal policy, Senator Sinema is eager to hear such ideas and — as always — is willing to engage in good-faith discussions with her colleagues," he added.

Another staggering setback for Schumer and the radicals pressuring him. 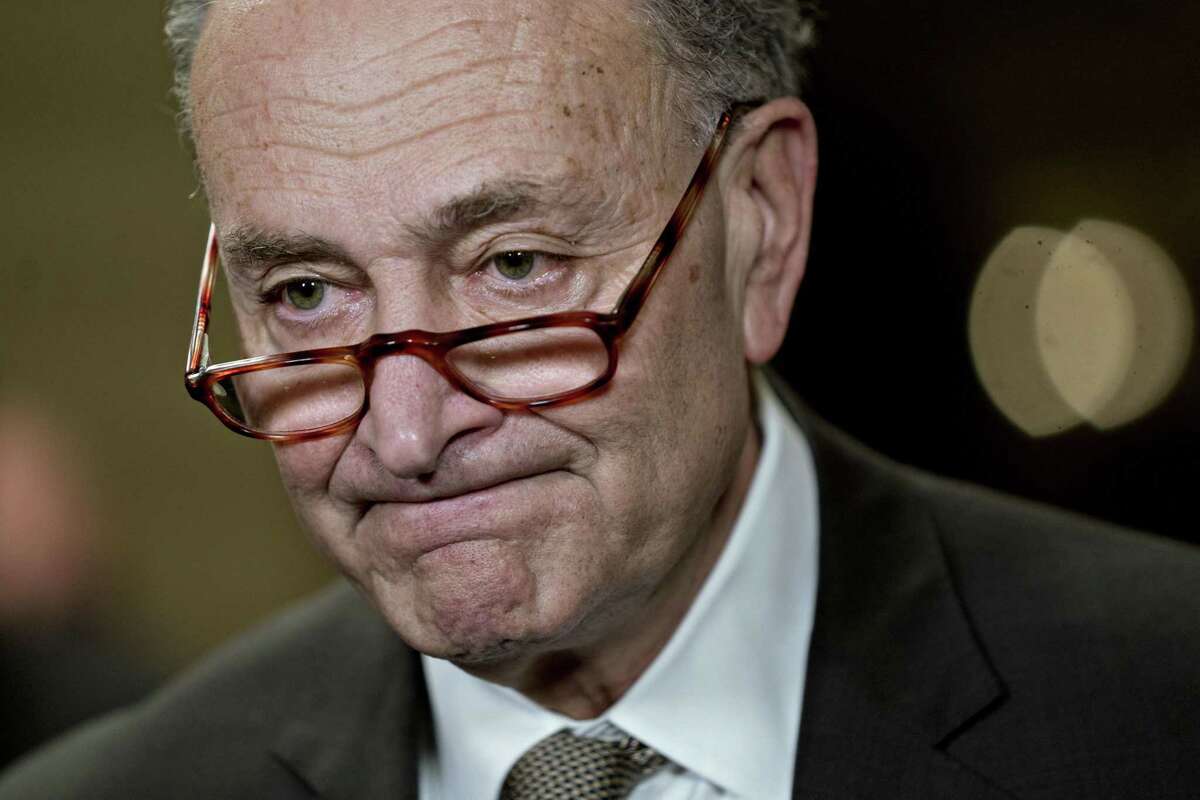 And they thought it was going to be easy...

Professor Principal
2.1  seeder  Vic Eldred  replied to  Sparty On @2    one month ago

Which way do you prefer her?

Sparty?  How about this? 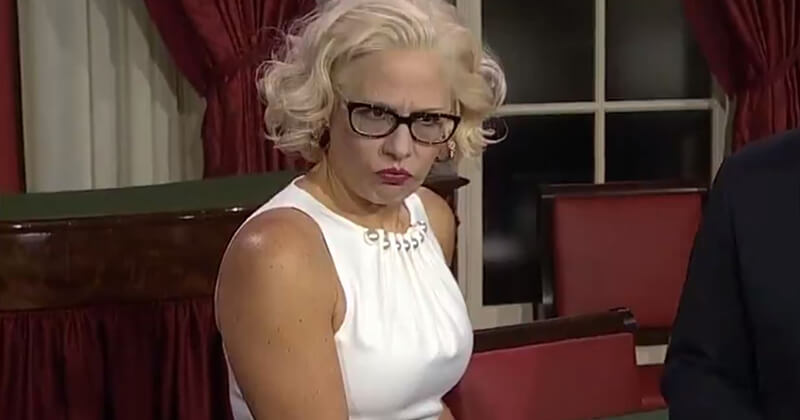 What's she saying to us there?

Honestly i don't really care one way or the other.

Only her roots know for sure

Does the carpet match the drapes

Let's give her credit. She does create those moments, which we only knew as young boys, when we would say "She's asking for it!"

Only her boyfriend .... i mean girlfriend .... errr whatever friend knows for sure

She and Manchin are the only decent Democrats in DC...,and slimy Shumer and the other degenerates are not going to break them.

There are decent and I believe history will record what happened during this turbulent period and let future generations know what these two Senators did for the nation.

Professor Principal
4  Tessylo    one month ago

"There are decent and I believe history will record what happened during this turbulent period and let future generations know what these two Senators did for the nation."

Absolutely nothing.  They only did/do for themselves.

Then you don't agree with Ms Sinema, that they protected the country from radical one party rule?  You know that was the ultimate fate of democracy that Plato so feared, right?