The Republican contest in Georgia

I’ve been preparing for 30 years for a really tough reelection cycle, this is a battle for the soul of our state, nothing surprises me in politics these days. I’ve been in the fight to keep our economy up, to keep our kids in the classroom, to make sure our church is never closed in Georgia. I’ve been in a fight standing with law enforcement officials and our men and women on the ground every day. The other side wants to do exactly the opposite of that, that is what the fight for the soul of...

Georgia elections have been among the most highly contested and controversial starting with the defeat of Stacey Abrams in the state's last Governor's election. We all know how Abrams refused to concede the election and famously said " democracy had "failed   in the state."   That may have been the first time that a democrat linked their personal fortunes with "democracy." We all know the dark history of Georgia elections ever since her defeat: Abrams went out and registered thousands of mainly black voters in Georgia which partially led to Biden smashing turnout records for Democrats in Georgia, getting over 2.4 million votes in 2020. There was also the foul play at State Farm Arena in Fulton County. Nobody was ever held accountable for that. Later we had a lawyer posing as a Republican telling Georgia Republicans to boycott the subsequent Senate elections. That worked out perfectly for two radical democrat candidates, as many Republicans didn't bother to vote. In that one we even had Abrams sister (a Federal Judge) allowing people who had moved to vote. There was one act however, that is going to have a major impact on next year's Governor's race:

After the 2020 election, which was narrowly won in the state by former Vice President Joe Biden, Georgia performed a hand recount of ballots. That recount did not check signatures on absentee ballots. The Trump campaign protested. There was a reason the signatures were not checked. The Georgia Governor had signed a consent decree with Stacey Abrams. It was a consent decree we heard little about before the election and has been hard to find since. It seems that Brian Kemp bowed to some unknown pressure from democrats and signed an agreement that as NPR put it: “blocks county election officials from rejecting absentee ballots because of mismatched signatures.”    Thus, an absentee voter with a mismatched signature was supposedly mailed a provisional ballot and given the opportunity to “cure” the mismatch. The voter has to do so with an affidavit, and with proper ID, before a deadline, to ensure the ballot will count. That would be a time consuming process. Does anyone think that happened? Does anyone think it should work that way?

Once Donald Trump and others found out about the consent decree a political war ensued. That leads us to the main event. Abrams will once again run against Kemp in the general election for Governor, but that has become a secondary event. As Brian Kemp prepares for his re-election campaign, he now faces the harsh reality of a primary battle. David Perdue has announced that he intends to run in the Republican primary for Governor. 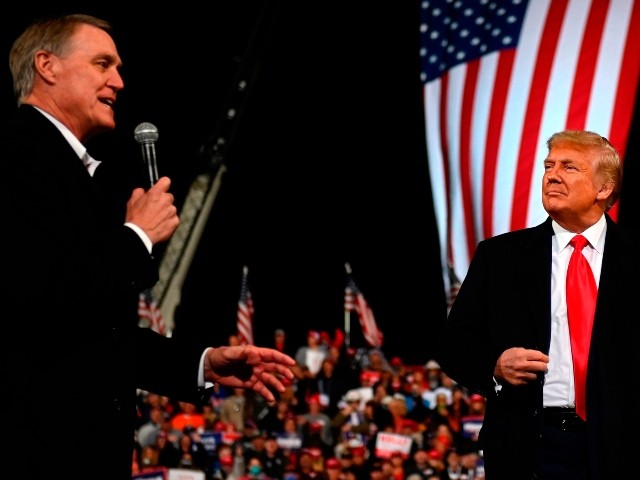 Purdue can best be described as the anti-establishment candidate or if you'd like, the MAGA candidate. He is part of the America First movement. Like Donald Trump he swaped business for politics and won a US Senate race in 2014 defeating the daughter of Sam Nunn. His father, a Democrat, was the elected superintendent of schools for Houston County, Georgia, from 1961 to 1980, where he desegregated the local schools. Purdue has already called for the resignation of GA Secretary of State Brad Raffensperger.  Raffensperger will also has his hands full because he is being challenged by another MAGA candidate, Jody Hice.


Purdue launched his campaign for the following reason:

"To fight back we simply have to be united. Unfortunately today we are divided and Brian Kemp and Brad Raffensperger are to blame. Look, I like Brian. This isn't personal. It's simple. He has failed all of us and cannot win in November."


It appears that Georgia is going to have real "barn burner" next November!

It should be noted that a majority of the Republicans in the Georgia state Senate privately sent Purdue a letter asking him not to run.

You can find it here:


(Maybe this should be reserved for Republicans only)

Sophomore Principal
1.1  Hallux  replied to  Vic Eldred @1    one month ago

(Maybe this should be reserved for Republicans only)

Here's a first, I totally agree. The article submitted is a confederacy of conjectures ... spiced with a confection of the usual tropes.

If you agreed, you shouldn't have commented. That was the point.

But Vic, you are the Borg ... who am I, a lowly leftie radical, to resist a proffered opportunity to ridicule.

But Hallux, don't you see, when you have to get that creative to avoid the code, the downside is that nobody understood what you were really saying, despite the key words. It's too bad you never got any advice from one who thought she had it mastered.....the long missing....PW.

They come and they go and they are soon forgotten.

This is a discussion site.

I prefer to keep the threads on topic & clean.

Never heard of her, was she a myth or a muse? Perchance both? If so, I would have been a fan. The code is far too woke for me to fondle as vicariously as you suggest it be.

who am I, a lowly leftie radical,

was she a myth or a muse?

She had an Avatar with her face posed behind her cat. She was actually a fairly attractive woman, though I'd never tell her that. You may think you're good, but she made it a fine art. How did Lancey Howard say it? "Kid you're good, but you're only second best as long as I'm around!"

I only used initials. That mat be the problem.

Where nothing can ever be called clean....

"Great to see that David Perdue is running for Governor of Georgia. He is a Conservative fighter who isn’t afraid of the Radical Left, and is the only candidate in Georgia who can beat Stacey “The Hoax” Abrams in November. Brian Kemp has failed Georgia. He caved to Stacey Abrams before the 2020 Election and allowed massive Election Fraud to take place. The signing of the Stacey Abrams-backed Consent Decree, so stupidly giving her and the Democrats everything they wanted, was a monumental mistake for not only Georgia, but also for our Nation!

Kemp has been a very weak Governor—the liberals and RINOs have run all over him on Election Integrity, and more. Most importantly, he can’t win because the MAGA base—which is enormous—will never vote for him. We need strong leaders who will fight, and time is running out! David Perdue will eliminate theIncome Tax, secure the Elections, defend the Second Amendment, support our great Farmers, getcrimein Atlanta and other places under control, take care of our great Vets, and put parents back in charge of the schools."......Donald Trump

Sophomore Principal
3.1  Hallux  replied to  Vic Eldred @3    one month ago

'Good' to see Donald is still the Whining Emperor. All hail the whine!

You just worry about the country that stopped making pennies.

'Good' to see Donald is still the Whining Emperor. All hail the whine!

I didn't see any whining in that.

The only folks up here unhappy about the disappearance of the penny are little old ladies in checkout lines who for some reason got great pleasure in counting out 99 of them.

If it cost more to mint them than they're worth, you have inflation.

Abrams will once again run

Let us not forget that she registered about 80,000 voters.

Were they in-state and living?