The armed resistance was over. The remaining Sioux were forced into reservation life at gunpoint. Many Sioux sought spiritual guidance. Thus began a religious awakening among the tribes of North America.

Arrival of the "Ghost Dance"

Called the "Ghost Dance" by the white soldiers who observed the new practice, it spread rapidly across the continent. Instead of bringing the answer to their prayers, however, the "Ghost Dance" movement resulted in yet another human travesty.

It all began in 1888 with a Paiute holy man called   WOVOKA . During a total eclipse of the sun, Wovoka received a message from the Creator. Soon an Indian messiah would come and the world would be free of the white man. The Indians could return to their lands and the buffalo would once again roam the Great Plains.

Wovoka even knew that all this would happen in the spring of 1891. He and his followers meditated, had visions, chanted, and performed what became known as the   GHOST DANCE . Soon the movement began to spread. Before long, the Ghost Dance had adherents in tribes throughout the South and West.

Although Wovoka preached nonviolence, whites feared that the movement would spark a great Indian rebellion. Ghost Dance followers seemed more defiant than other Native Americans, and the rituals seemed to work its participants into a frenzy. All this was disconcerting to the soldiers and settlers throughout the South and West. Tragedy struck when the Ghost Dance movement reached the Lakota Sioux.

Local residents of South Dakota demanded that the Sioux end the ritual of the Ghost Dance. When they were ignored, the United States Army was called for assistance. Fearing aggression, a group of 300 Sioux did leave the reservation. Army regulars believed them to be a hostile force preparing for attack. When the two sides came into contact, the Sioux reluctantly agreed to be transported to   WOUNDED KNEE CREEK   on   PINE RIDGE RESERVATION .

On the morning of December 29, 1890, the army demanded the surrender of all Sioux weapons. Amid the tension, a shot rang out, possibly from a deaf brave who misunderstood his chief's orders to surrender.

The Seventh Cavalry — the reconstructed regiment lost by George Armstrong Custer — opened fire on the Sioux. The local chief,   BIG FOOT , was shot in cold blood as he recuperated from pneumonia in his tent. Others were cut down as they tried to run away. When the smoke cleared almost all of the 300 men, women, and children were dead. Some died instantly, others froze to death in the snow.

This massacre marked the last showdown between Native Americans and the United States Army. It was nearly 400 years after Christopher Columbus first contacted the first Americans. The 1890 United States census declared the frontier officially closed. 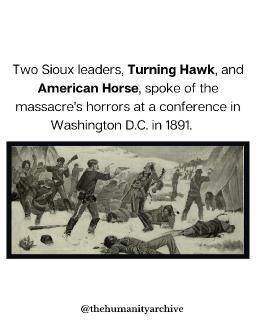 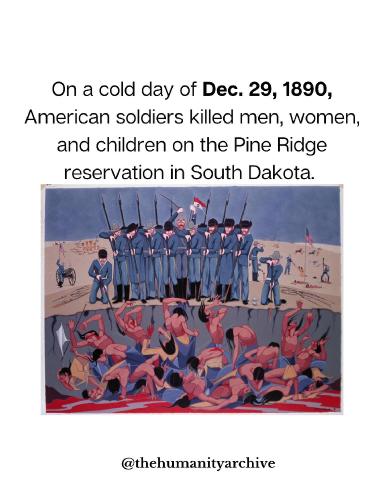 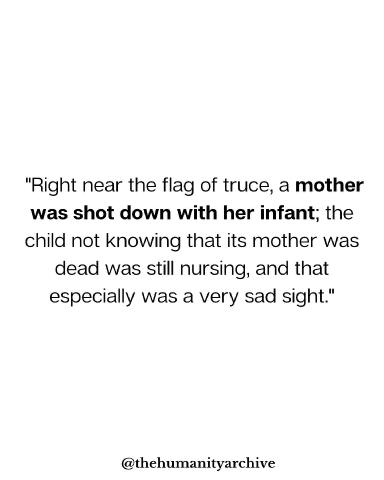 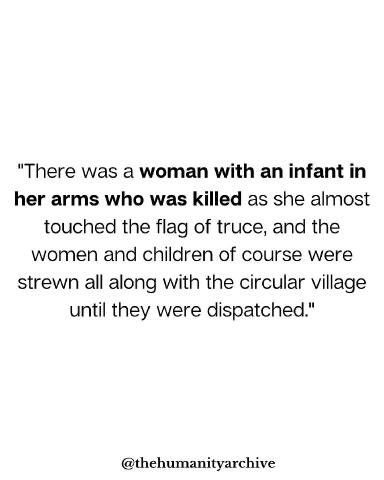 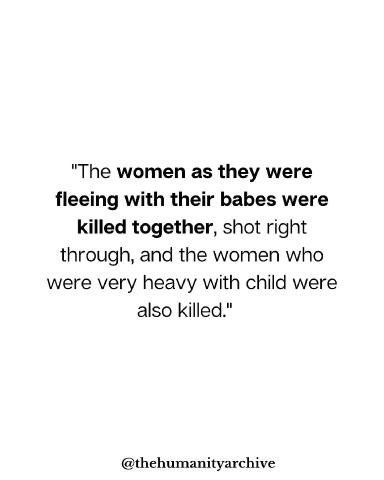 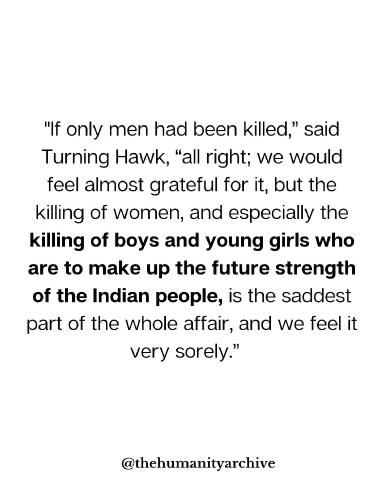 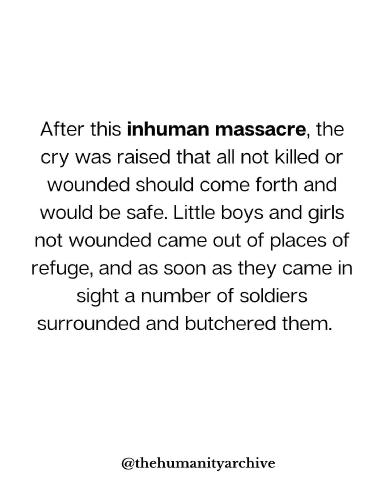 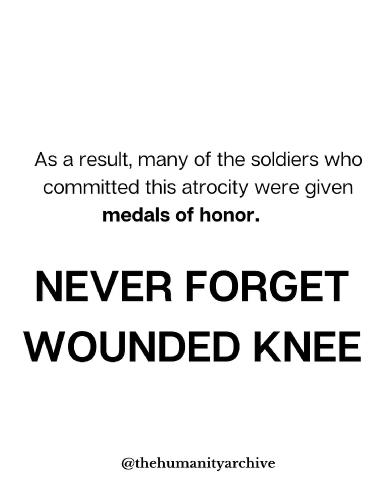 21 Medals of Honor were awarded to soldiers who, in cold blood, massacred over 300 old men, women and children.

How can we forget the continuing "massacres" of our people?  Sure, Wounded Knee in 1879, but, how 'bout the 376 broken treaties by the U. S. government?  The lack of electricity, water, sewage,  housing, infrastructure on over 40% of the Navajo Nation (little violation of an 1865 treaty that GUARANTEES the U.S. will provide) - and all the other tribes/nations who don't have them?

No, the "massacres" still continue - but - we are the "Invisible People" that no one in the Feds gives a shyte about.

It was, is and always will be a dark stain on American history. What happened was shameful and disgusting, we should never forget it and if we do? Shame on us. 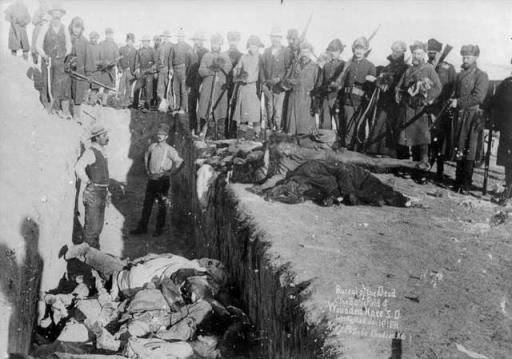 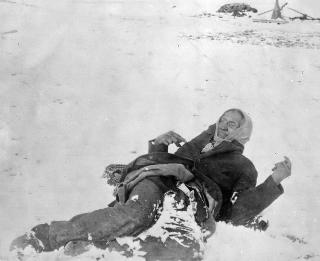 The cavalry went teepee to teepee seizing axes, rifles and other weapons. As the soldiers attempted to confiscate a weapon they spotted under the blanket of a deaf man who could not hear their orders, a gunshot suddenly rang out. It was not clear which side shot first, but within seconds the American soldiers launched a hail of bullets from rifles, revolvers and rapid-fire Hotchkiss guns into the teepees. Outnumbered and outgunned, the Lakota offered meek resistance.

Big Foot was shot where he lay on the ground. Boys who only moments before were playing leapfrog were mowed down.

This story was hard to read but thanks for seeding it, First

You're welcome Trout.  A much better information source for the story is in "Bury My Heart at Wounded Knee" by Dee Brown.  Super book.

I'm in my fifth or sixth reading of it and still get chills.

21 Medals of Honor were awarded to soldiers who, in cold blood, massacred over 300 old men, women and children. We should forget that?????

Nope, we should never forget...

The war was over years previously, there was no justification just stupidity and fear... A very good example of what irrational fear can cause...

There was no threat, the army had both Gatling Guns and Hotchkiss Rapid Firing cannon trained on them one shot rang out and they opened fire without even thinking, afterwards the went thru the encampment and with pistol and carbine made sure everyone was dead...

Even worse was the unspeakable lie that was sent back up through the chain of command...

Not a glowing chapter in the lexicon of the 7th Calvary.... One that is usually buried...

There is no honor is killing a surrendering enemy, like they were even enemies in the first place...

A sickening closing to the american frontier...

Thirty one "soldiers" also died. I'm conflicted about that. First, whether they deserve the designation of "soldier." I suppose, though, it was a different day and a different mindset. Perhaps in those days they didn't have the concept of having the right to disobey illegal orders. Of course, anyone who'd shoot an unarmed person, more, a female unarmed person, some of whom were obviously pregnant, probably wouldn't have cared anyway.

In my mind's eye, I try to imagine being there as one of those soldiers. I try to imagine what my mindset would have to have been like to do something so horrific as this. What worldview could they have held that would allow them to carry this out? And not just one or two of them, but all of them, apparently. I try to imagine what worldview, what biases and preconceptions I would have to have as I laid the sight of my gun on a child. I'm sure there are people and loved ones these soldiers would die to protect. The hopeless rage they would feel knowing they would not be able to protect them had they been the target of an overwhelming force, just as they were projecting on their Indian victims. How could they not feel the wrongness of what they were doing? I don't like where trying to imagine all of that takes me. I don't like it at all.

The second point of conflict is the feeling of "at least the Sioux took some of the bastards with them." To be clear, I honor the warriors who did what they could to fight back. And I mean honor, as in hold in high esteem or great respect, not some mild version of it. But, to feel glad about anyone dying might be a step down the road that led the soldiers to be able to do what they did in the first place.

Dr. Charles Eastman, a Dakota, hears reports of a battle. Despite a blizzard and Army efforts to delay him, three days later he arrives with 85 Lakotas and 10 to 15 white civilians who plan to bury the dead at Wounded Knee. Although he had been told that the incident was a battle, Eastman writes that it was massacre, in which those who fled were “relentlessly hunted down”. Amid the destruction he finds a baby girl, named Zinkala Nuni by Lakota survivors, who is adopted by an Army officer.

“Fully three miles from the scene of the massacre we found the body of a woman completely covered with a blanket of snow, and from this point on we found them scattered along as they had been relentlessly hunted down and slaughtered while fleeing for their lives. Some of our people discovered relatives or friends among the dead, and there was much wailing and mourning. When we reached the spot where the Indian camp had stood, among the fragments of burned tents and other belongings, we saw frozen bodies lying close together or piled one upon another,” Charles Eastman wrote. “It took all my nerve to keep my composure in the face of this spectacle, and of the grief of my Indian companions, nearly every one of whom was crying aloud or singing his death song.”

I've read it before, absolutely sickening...