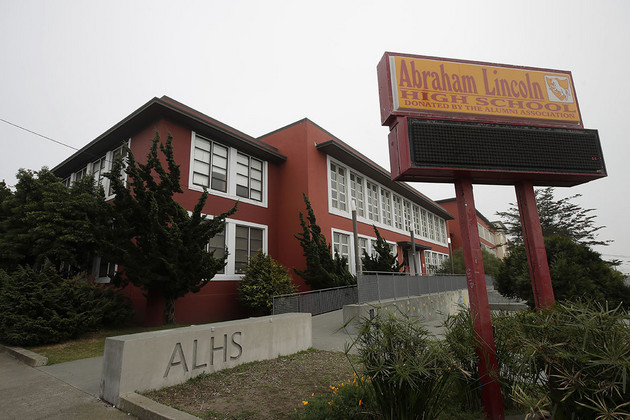 San Francisco votershave recalled three school board members who spurred a parental backlash for pursuing the renaming of schools and other progressive policy changes as classrooms remained empty during the coronavirus pandemic.

The outcome in one of the nation's most liberal cities signaled that education issues remain a potent motivator for voters two years into the coronavirus pandemic, with midterm and gubernatorial elections on the horizon.

"The voters of this City have delivered a clear message that the School Board must focus on the essentials of delivering a well-run school system above all else," said San Francisco Mayor London Breed, who supported the recall, in a statement. "San Francisco is a city that believes in the value of big ideas, but those ideas must be built on the foundation of a government that does the essentials well."

Breed will get to appoint the three replacements to the school board.

Schools in San Francisco remained shuttered longer than in most other cities, even in California. Students there did not return full time to the classroom until last August

As distance learning dragged on, school board members drew national ridicule as they moved to rename dozens of institutions, including Abraham Lincoln High School. A push to end merit-based admissions at the prestigious Lowell High School infuriated some parents and drew derisive national coverage; Collins raised the temperature further by suing the district for $87 million after she was penalized for an old tweet accusing Asian-Americans of "using white supremacist thinking to get ahead."

Supporters of the targeted school board members argued their vigilance helped keep coronavirus rates and outbreaks low and that the recall election was a waste of money.

California has not yet gone as far as other Democratic-led states that have dissolved student mask mandates. Gov. Gavin Newsom's administration has promised to release a timeline at the end of the month, and the Legislature will consider controversial legislation broadly making coronavirus vaccines a prerequisite for in-person learning.

Schools in San Francisco remained shuttered longer than in most other cities, even in California. Students there did not return full time to the classroom until last August As distance learning dragged on, school board members drew national ridicule as they moved to rename dozens of institutions, including Abraham Lincoln High School

Good for them! Even the people of San Francisco couldn’t take this crap anymore. They even wanted to take Diane Feinstein’s name off of a school - blaming her for creating a problem she actually solved. Incredibly that was more important than creating a safe environment for kids in school during a pandemic.

Overreaching on the part of the school board members. Hope they are happy now!

We have to hope this is the start of a groundswell shift back toward more moderate thinking.

Another reminder that governing from the fringes doesn't work. It isn't working for the far right and won't work for the far left. Trying to only furthers "the divide".

Freshman Guide
4  Right Down the Center    4 months ago

Parents are paying attention to what school boards are doing since the pandemic started. Who would have thought what the BOA was doing to their kids was more important than some woke virtue signaling? And even in San Francisco!

Professor Principal
5  Sparty On    4 months ago

An unexpected and welcome result of the COVID-19 pandemic.

Parents all over the country are now paying attention to their children’s public education.

Bad news for all the comrades in teacher unions.    Indoctrination education is over.    Better get used to it.

And here we've been told that those parents who stand against school boards are "domestic terrorists".

Gee, I was kind of surprised that Biden's Justice Dept. let it get all the way to the recall.

They're distracted by the Durham indictments.  The whole administration is in "Cover Your Ass" mode.

And here we've been told that those parents who stand against school boards are "domestic terrorists".

With any luck they will share a cell with a left wing domestic terrorist like those assholes from the CHAZ.

But one can hope.