Don't leave out the favorite Kentucky Derby horse, but here are four horses that should be a part of every superfecta wager.

When it comes to the Kentucky Derby, bet against the favorite at your own peril.

Since the current points system used to determine Derby qualifiers started in 2013, post-time favorites have landed in the superfecta payout all nine years - six wins, one second and two fourths.

Assuming Blue Grass winner Zandon maintains his status as favorite, here are four horses who can beat him and should be a part of every superfecta wager:

Kentucky Derby favorite Zandon gallops on the track at Churchill Downs. May 4, 2022

Many thought the Louisiana Derby winner would be the Kentucky Derby favorite, but he landed just behind Zandon in the morning line.

"I'll be surprised if he gets beat," Asmussen said. "The rest I have nothing to do with."

More on Epicenter: Check out the farm in Bowling Green where he was bred

A bay son of Not This Time, Epicenter has seen his Beyer Speed Figures go up in every race of his career, peaking with a 102 in the Louisiana Derby. He's won four of his past five races, losing only by a head to Call Me Midnight in the Grade 3 Lecomte. In the only meeting between the two - the Grade 2 Risen Star on Feb. 19 - Epicenter beat third-place Zandon by 3 ¼ lengths.

OPINION:Churchill Downs tries to erase Bob Baffert, but he'll have his say in Kentucky Derby

MORE: How a 35-year-old trainer from Barbados has a Kentucky Derby win 'within reach' — and much more

EVERYTHING YOU NEED TO KNOW: Stay up to date with our sports newsletter

Kentucky Derby hopeful Epicenter is bathed on the backside at Churchill Downs. May 3, 2022

Asmussen is 0 for 23 in the Derby, but Epicenter may be his best shot ever.

Bob Baffert may not be at the Derby this year, but two of his former horses - now in the hands of Tim Yakteen - have big shots.

Messier wowed everyone with his 15-length score in the Grade 3 Robert Lewis on Feb. 6 - earning a 103 Beyer - but was surprisingly passed by Taiba down the stretch in the Santa Anita Derby.

More on Yakteen:Trainer in unfamiliar spotlight at Kentucky Derby

"He did all the heavy lifting (in the Santa Anita Derby), so I feel like we should see a big move forward from Messier," Yakteen said. "He's bounced out of his race exceptionally well. He doesn't give me the impression that he was fatigued. He enjoyed the fitness and is thriving on it."

Kentucky Derby hopeful Messier galloped at Churchill Downs. the former Bob Baffert trainee is now under the care of Tim Yakteen. May 3, 2022

Assuming Classic Causeway and Summer Is Tomorrow will set the pace, it would be no surprise to see Messier and Epicenter gunning for the lead with a quarter-mile to go.

The other Baffert-Yakteen horse has been super impressive with Beyers of 103 and 102 in his first two races but has 139 years of history going against him.

Leonatus in 1883 is the only horse to win the Kentucky Derby after just two career races.

Taiba faced just six other horses in his maiden victory and five others in the Santa Anita Derby. He'll face 19 others in the Kentucky Derby.

"The challenge comes … with the gates opening and the horse not having the experience of being surrounded by other horses," Yakteen said.

The son of Gun Runner was purchased for $1.7 million by Amr Zedan and will have two-time Derby winner Mike Smith in the saddle.

Kentucky Derby hopeful Taiba is bathed following a gallop around the Churchill Downs track. The former Bob Baffert trainee is now being handled by Tim Yakteen. May 2, 2022

There may not be a more polarizing horse in this year's Derby.

"If I can get him into a nice, happy rhythm early on and a good comfortable place where he doesn't have to overcome a whole lot," Smith said, "he has the kind of ability that can pull it off."

Perhaps it was his relatively late arrival to Louisville, but no horse in the Derby field with such solid credentials has been talked about less.

The Florida Derby winner is 4-0-1 in five career starts. The knock is that all four wins came at Gulfstream Park and his lone loss was at Churchill, a third-place finish last November in the Kentucky Jockey Club.

Kentucky Derby hopeful White Abarrio gallops on the track at Churchill Downs. May 4, 2022

"When he did get out at the eighth-pole, he had no chance of winning at that point," Joseph said. "But I was happy to see him sustain momentum and stay on steadily. I thought that race taught him a lot, and we felt confident he would move forward."

Tomorrow is the Kentucky Derby and Sunday is Mother's Day.

May has finally arrived. 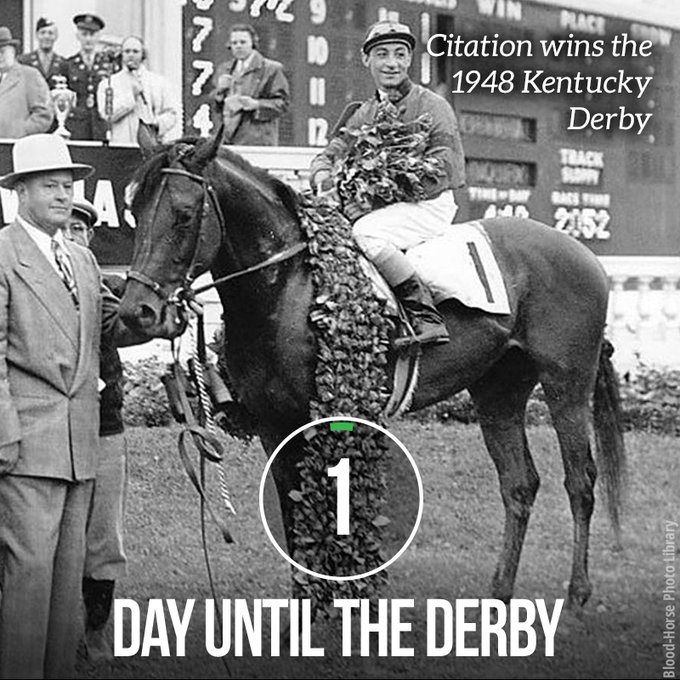