“Are you an Egyptian superhero?” asks a young Egyptian girl in Cairo in Disney’s latest Marvel offering, Moon Knight. “I am” answers Layla El-Faouly, towering in her commanding white and gold winged suit. With those two words, Layla, Disney and Marvel create history as we finally witness an Arab superhero on screen. And it’s a woman.

From the offset, the new Disney+ series is steeped in Ancient Egyptian mythology and modern culture. Even one of the Arab world’s most famous musicians, Abdel Halim Hafez, has his music making an appearance in the opening scenes of the first episode. The credits are also full of Arab talent: Moon Knight is directed by Mohamed Diab, edited by Ahmed Hafez, and its music is composed by Hesham Nazih. There are also a number of Arab actors playing leading characters, such as Egyptian Palestinian May Calamaway as Layla and Egyptian British Khalid Abdalla as Salim.

Calamawy recently said, “I cannot represent every Arab woman or every Egyptian woman…I just hope that all Arab women can watch that and feel like a superhero, and that they have that space on that big scale.”

This space has not always been present. Growing up as an Iraqi in the West, I don’t remember having positive representation on screen. I took it as a given that Middle Eastern characters would, in some way, be tied to “terrorism”. As a child, these negative perceptions can be confusing and damaging as you try to figure out your role in society. They can convince you that as an Arab you have a responsibility to demonstrate your innocence in routine social interactions, such as going through airport security.

And this negative impact is not limited to the self-image of Arabs or Muslims either.

It is well-documented that media plays an important role in shaping a society’s views. The constant association made between Arabs, Muslims and “terrorism” in the media in the years that followed 9/11 undoubtedly helped shape current popular attitudes towards these groups in the West. Two decades on, 53 percent of Americans still have an unfavourable view of Islam.


There is no denying that after 9/11 Islamophobia took on a meteoric rise in the West. But damaging Arab presentations on-screen long preceded that. For his book, Reel Bad Arabs, Jack Shaheen analysed more than 1,000 films featuring Arab characters made between 1986 and 2000. He found that only 12 representations were positive, 53 were neutral and 935 were negative. In these movies, Arab characters were routinely reduced to stereotypes – “terrorists”, misogynists or oil sheikhs. They helped moved the plot forward, but were rarely portrayed as real people with complex feelings, thoughts and motivations.

After 9/11, production companies simply doubled down on this Islamophobia. Fox’s Twenty-Four repeatedly had Middle Eastern characters with story arches linked to “terrorism”, much like Showtime’s Homeland and others.

After 2003, the Iraq war became a subject commonly explored in American movies and TV series. But the Iraqi characters rarely had major parts in these shows and were almost never depicted positively. Actually, the only Iraqi character I can remember from that era is Sayid Jarrah in ABC’s hit-show Lost – played for some reason by a British Indian actor putting on an absurd accent. He was, of course, not just a guy who happened to be from Iraq – he was a former torturer for dictator Saddam Hussein.

Such dehumanisation of Arabs made it easier for the American public to support Washington’s brutal wars in the Middle East. In a 2015 poll, 30 percent of 530 Republican primary voters said they would be in favour of bombing Agrabah – the fictional city from Disney’s Aladdin. That movie had opened with the lyrics “I come from a land…where they cut off your ear if they don’t like your face…it’s barbaric but hey it’s home”. Watching the original Aladdin from 1992, you notice that majority of the characters on the streets are portrayed as barbaric, sword-wielding snake charmers and speak with obscure accents.

So, when former US president George W Bush announced his decision to invade Iraq in 2003, it was not so surprising that 72 percent of Americans said they support his move.

The effects of this decades-long dehumanisation were also highlighted in the context of the Ukraine war earlier this year, with several journalists announcing their shock at witnessing war in “a relatively civilised, relatively European” country, a place much different than “Iraq or Afghanistan”.


The negative Arab and Muslim stereotypes pushed by the media also increase support for discriminatory laws and policies – Donald Trump famously won his   presidency   by pledging to introduce “a total and complete shutdown of Muslims entering the United States”. These harmful portrayals also fuel hate crimes across the world, such as   the mass shooting   at Masjid al-Noor and Linwood Islamic Centre in Christchurch, New Zealand in 2019.

Western media’s negative portrayal of Arab and Muslim culture also led to many young Arabs and Muslims in the West growing estranged from their native culture. This already led to the emergence of a new genre of TV shows and movies in which young “Western-minded” Muslims try to escape from the grip of their culture. In such movies and TV shows, such as Netflix’s Elite or Apple TV’s Hala, there is usually a very dramatic headscarf removal scene. Or, as Ramy Yusuf  once put it , characters that declare “Hey mom and dad, I wanna be white!”

This is why unapologetically Arab characters in Western productions, like Layla in Moon Knight, are a welcome change. And there is reason to believe we will soon start to see many more positive Arab and Muslim characters in Western movies and TV shows. Last November, Disney announced a new initiative to change the way Muslims are portrayed in its films. Also last year, Netflix announced Abubakr Ali would be the first Arab Muslim actor to be a series lead in a comic book adaptation. And, over the summer, Disney gave its global audience a taste of American Eid written and directed by the formidable Aqsa Altaf. Hearing my niece say: “She’s like me,” after seeing the protagonist struggle to navigate a Muslim holiday in the West was a genuinely heartwarming moment.

In the real world, Arab superheroes do exist. Remember, just a few years ago it was Arabs and Kurds – including many female superheroes who look like Layla – who gave up their lives to protect their region and the rest of the world from the violence of ISIL (ISIS). So, it is time we see more positive Arab and Muslim role models like Layla on TV.

Hey Disney, are you trying to give De Santis a stroke?

No, but Biden is now desperately trying to find Egypt on a map. And is instructing the CIA to do a "Raiders of the Lost Arc" search in the government archives for all lost Egyptian relics that could potentially turn normal humans into heroes.

The BDS is strong in you grasshopper.

LOL, DeSantis is going to pass a law to outlaw superheroes that are not white Christians.

Professor Expert
3  Tacos!    one month ago

And there is reason to believe we will soon start to see many more positive Arab and Muslim characters in Western movies and TV shows.

There are certainly more to be found in the comics. 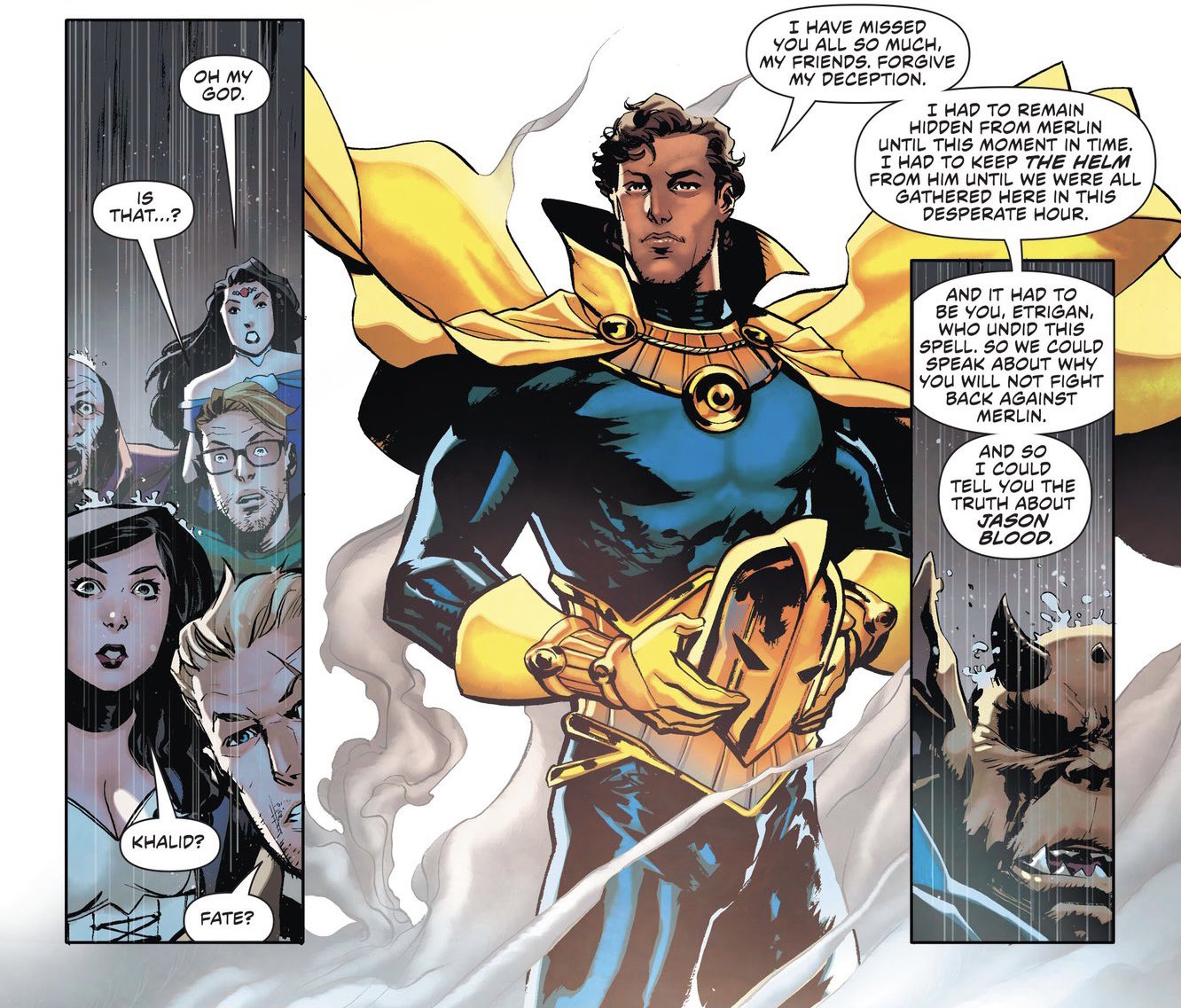 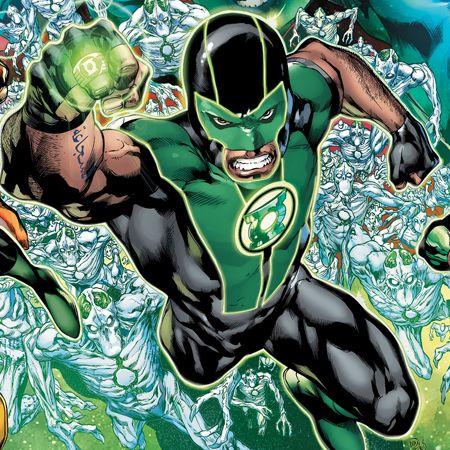 Kamala Khan, Ms. Marvel (she’s already getting her own show on Disney): 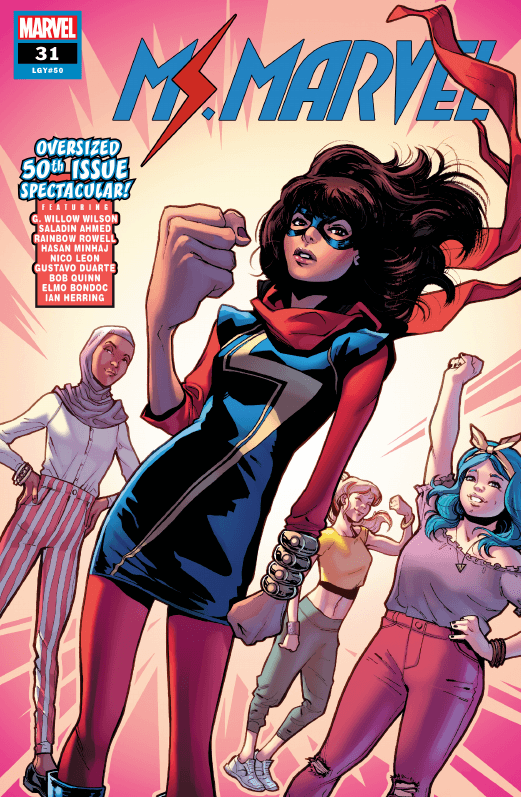 I’d say there’s at least a dozen more across just Marvel and DC (Dust, Isis etc.), but most are probably a little more obscure than these three.

Kamila Kahn is getting her own Disney+ show in on June 8th.